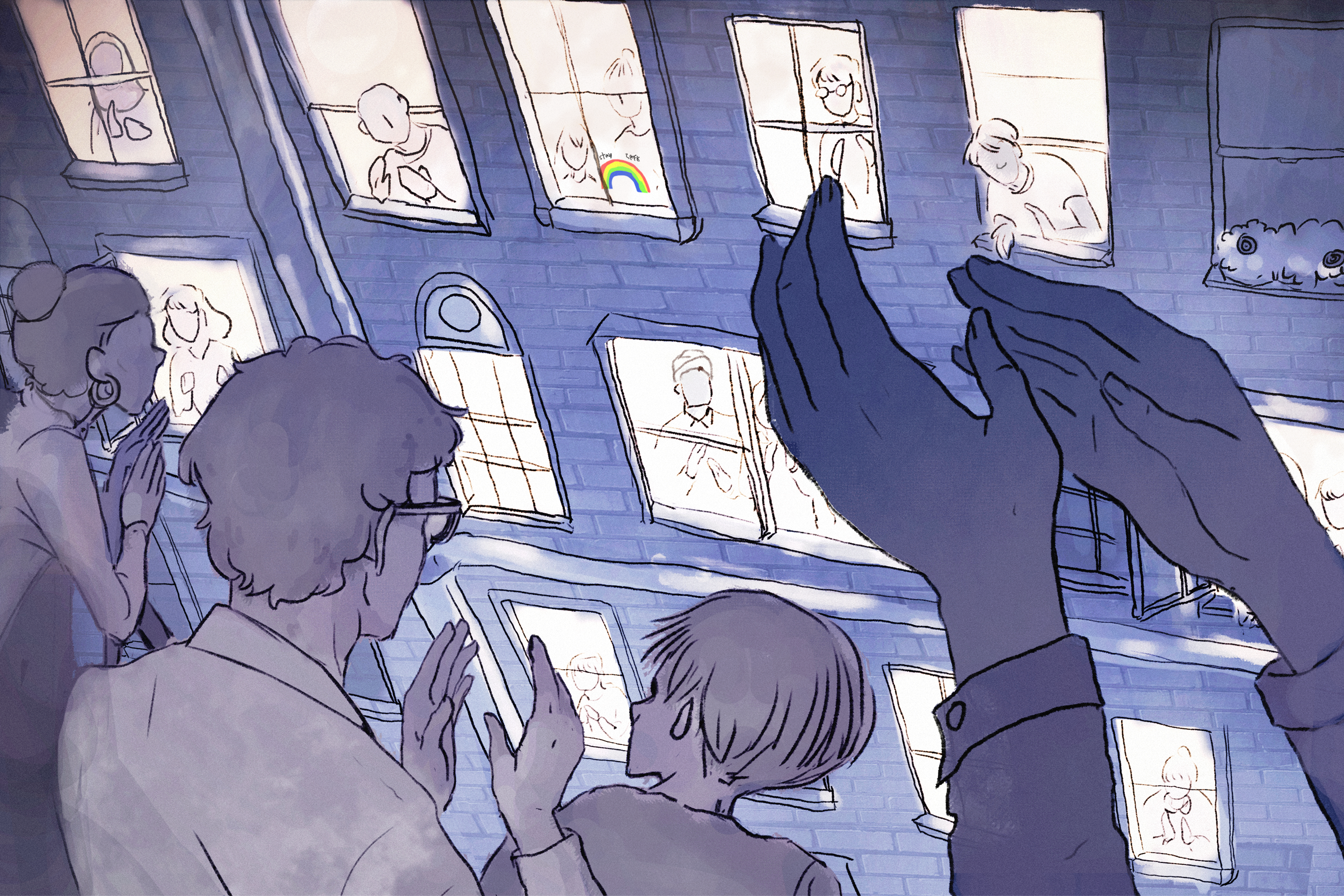 Clap for the Carers

In 1918, at the close of World War I, the first known cases of a deadly disease were recorded in the USA. It would go on to kill many more than the preceding war had done – more, in fact, than the next world war would too. The virus had actually been circulating amongst soldiers on the front lines since 1916, but early reports of death were suppressed by governments on either side of the conflict so as not to impede morale. The press in neutral Spain though were free to report on the epidemic; its monarch King Alfonso XIII had contracted the disease. When those in the UK, France and Germany eventually heard of the plague, they assumed it had hit Spain worst. So the influenza strain became known as the ‘Spanish Flu’, and so it is remembered. But the worst was yet to come.

It has never been more important to laud the efforts of doctors and nurses in this crisis.

Pandemics, like all other world events, are not necessarily remembered as they are lived. Our cultural memory of the two World Wars dwarfs the Spanish flu even though it probably infected a quarter of the world’s population by 1920. A century on, when a quarter of the world is under lockdown law due to coronavirus, most countries borrow from wartime rhetoric to express the gravity of the global situation. Many wars and diseases stand between us and the events of a century past, but none quite so dramatic in scale. Today’s government can therefore safely borrow from a reserve of wartime rhetoric, and perhaps rightfully so – when preventative measures were first introduced, many failed to take the disease seriously. Covid-19 is an ‘invisible enemy’; doctors and nurses are on the ‘front line’; ‘stay home, protect the NHS, save lives’ has become a generation’s ‘keep calm and carry on’.

Perhaps the biggest similarity between our current situation and the wartime era alluded to is that the government knew a storm was coming long before the general public did. This week, The Telegraph reported the previously unaired findings of Exercise Cygnus, a 2016 operation meant to assess the country’s preparedness for a pandemic on the scale we are seeing now. Its outcome was withheld because ‘frankly it would terrify people’, a senior source in the government claimed. Quite right too – a dramatic shortage of beds in intensive care units, a shocking scarcity of personal protective equipment for NHS workers, would be enough to alarm even those most assured of our healthcare system’s endurance. More so when Jeremy Hunt as Health Secretary reduced the capacity of hospitals up and down the country and cut funding for new NHS trainees. More so when, as Cygnus is unearthed, the very worst-case scenario it modelled is at our doorstep.

Staying at home does save lives when each person with coronavirus infects on average another three people. It protects the NHS, too – we have to ‘flatten the curve’, to prevent our healthcare resources from being inundated with cases at almost double capacity. But the aim of Conservative austerity has never been to protect our national health service; rather it has been to reduce public expenditure on it, despite warnings that only one bad winter could lead to its failure.

Staying at home does save lives.

It has never been more important to laud the efforts of doctors and nurses in this crisis. Solidarity might be the best gift the public at large can give, while restaurant chains offer free meals and various groups donate medical supplies. As of today, one in four healthcare workers are self-isolating with coronavirus symptoms. Many will be amongst the high-risk themselves or have vulnerable loved ones they will not be able to see for months. Three surgeons have died after contracting the disease already. On the night before Boris Johnson himself tested positive for Covid-19, the BBC filmed him clapping outside of Number 10 with Chancellor Rishi Sunak. In the knowledge of what the Conservative party’s attitude to healthcare funding has been in the past, though, there is something unsettling about a government-lead directive to #ClapForOurNHS. Some might call it an empty gesture. Perhaps it is more than that – not hollow, but loaded. These are the kinds of gestures a Prime Minister is remembered by, the kinds of moments an era is framed in. Many streets across the UK followed suit. Some bitterly remained indoors, unwilling to engage in what might have felt like an act of propaganda. Few on that night, if any, would have listened in indifference.

Most countries borrow from wartime rhetoric to express the gravity of the global situation.

We can (and should) appreciate the enormous efforts of our NHS. This doesn’t have to entail preserving the memory of a Conservative government that acted with generosity and expediency in its hour of need. For sure, the government’s economic measures and its building of temporary NHS Nightingale facilities have been as welcome as its praise of doctors and nurses, but we can’t allow Boris Johnson to become a generation’s wartime hero. By all means, applaud NHS staff – but remember what was known by those asking us to do so.