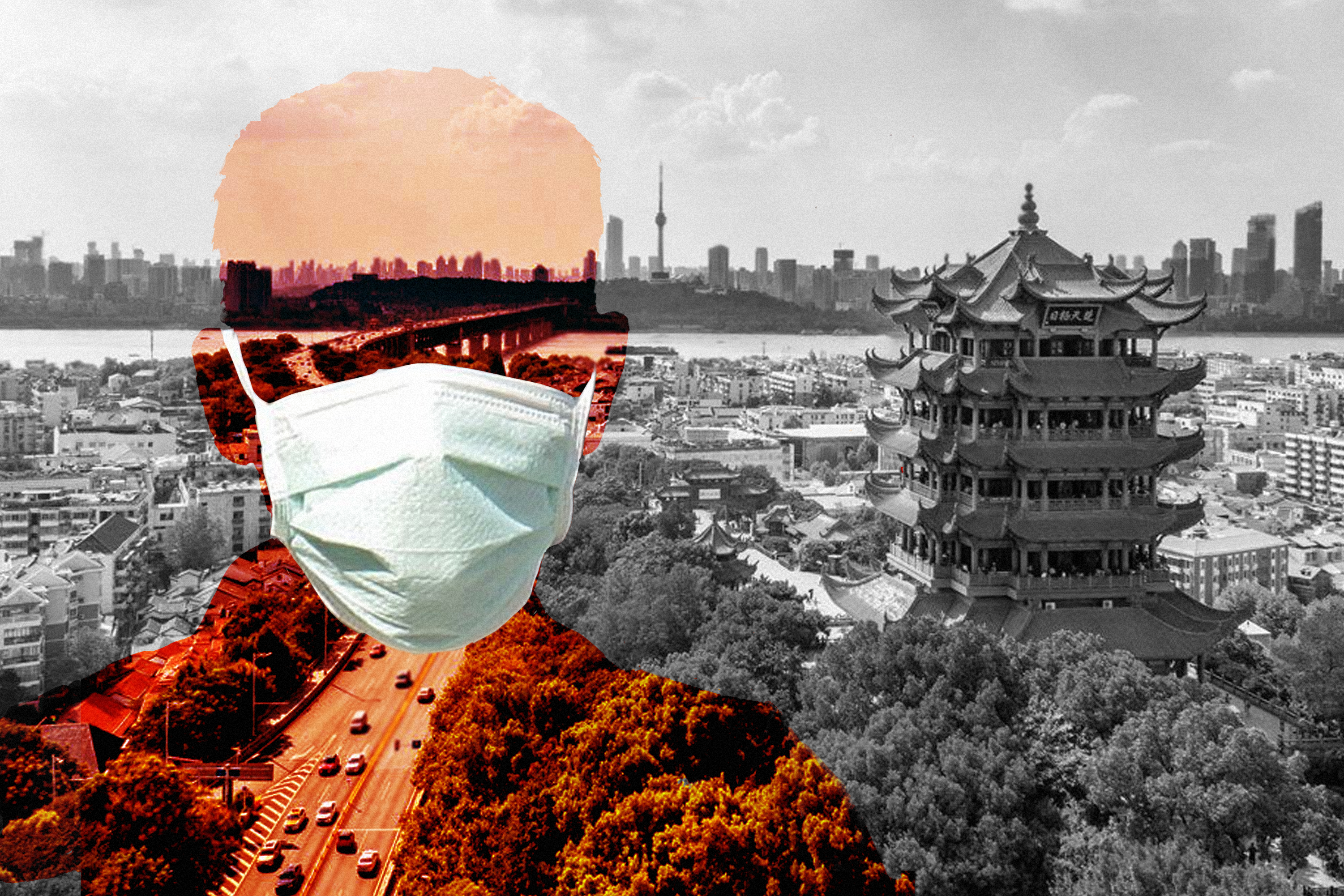 The World Health Organisation recognised coronavirus as a global pandemic on 11th March. Today, over a quarter of the global population is under lockdown, and over 1 million cases have been confirmed globally. Wuhan city, in China’s Hubei province, the birthplace and original epicentre of the outbreak, has seen more than 50,000 coronavirus cases, with at least 3,000 deaths in wider province. After more than two months of aggressive quarantine, Wuhan partially reopened on the 28th March.

The Oxford Student spoke to Samuel Francois, a professor at Wuhan University’s Faculty of Medicine, about his experience living in the coronavirus cradle, and how the local government’s approach to tackling the virus meant a crucial loss of time in slowing the spread.

Professor Francois has lived through what he describes as a plague in Wuhan, which has been in quarantine since 23rd January. Francois arrived in Wuhan after the 2002-4 SARS outbreak, which was also first identified in China. He recounted how after SARS, “The government was very vigilant, we had compulsory temperature checks at the airport”. SARS, a virus closely related to the novel coronavirus, first highlighted the risk of international connectedness to global health, rapidly spreading from China to other countries in Asia. Over 8,000 people from 30 countries were infected. China’s response was to establish national and local surveillance systems to prevent and control disease outbreaks.

On the origins of coronavirus, Francois continued, “COVID-19 originated at the Huanan seafood market, although at first, the local government claimed that it didn’t originate here. Officially, everyone knows they shouldn’t sell or buy those animals. Some people even claimed that the virus was created in a lab not far from the market. Many of the first cases were immediately connected to the seafood market: 27 people from a sample of 41 hospitalised patients in the outbreak’s early stages had exposure to the market. It was shut down on 1st January.”

Health authorities in Wuhan reported a cluster of pneumonia cases of unknown cause on 31st December 2019.  Francois explained, “Many doctors knew about the virus around the 15th of December, probably earlier than that. I assumed it was being taken care of, so I didn’t worry. Between the 20th December and 9th January, the local authorities took drastic measures to try and cover it up.”

Before widespread reporting of coronavirus occurred, a group of whistle-blower doctors who had seen cases of the virus in their hospitals tried to spread awareness. However, local officials attempted to silence them and were warned to keep the outbreak quiet. This included concealing the first coronavirus death from the public eye.

Many Wuhan doctors received criticism for spreading rumours: hospital authorities told doctors not to exchange messages related to the virus. Francois and his students were also caught up in the cover-up. The professor noted, “Looking back, people have realised it was a mistake to cover it up, and a lot of time was lost. Things could have been done two weeks earlier. My medical students have a lot of regrets because they had information about the virus, but they weren’t able to act accordingly… everybody was afraid of punishment.”

During the most crucial weeks for slowing the spread of the virus, authorities announced that the disease was controllable. This drove masses of people to travel to and from Wuhan to celebrate Chinese New Year, with millions travelling across China and overseas. It wasn’t until mid-January that Chinese officials first confirmed a death from human transmission of coronavirus.

Francois critiqued the government’s response, explaining, “the Wuhan authorities initially concealed the virus and the risk of further spread because of ‘social stability’. Local officials have a duty to ensure ‘social stability’, whatever that means… unfortunately, officials here think that announcing a virus is a problem for stability because people here are not treated as adults.”

By this time, Wuhan hospitals were already experiencing difficulties, as medical facilities faced severe shortages in dealing with the surge in patients. At the virus’ peak, almost all medical personnel and resources were channelled into fighting the outbreak. Stadiums, office buildings, and schools were converted to provide thousands of additional beds for those infected.

Francois recalled, “When we reached the peak, all hospitals had to be dedicated to dealing with the virus, and the Wuhanase government built 14 emergency hospitals in just 10 days. I knew some doctors who were on the frontline. It was a really difficult period, things had to be done very quickly, doctors choosing who was going to get life-saving treatment, and who was going to suffer without it. My friend is at the forefront of the emergency service and has suffered psychologically. There was no information about shortages of protective equipment, but a lot of doctors got infected… 32 doctors in the university hospital were infected in a single day.”

Wuhan’s lockdown measures meant that some people who had contracted the virus suffered without a chance of treatment, Francois explained. “A lot people who were forced into quarantine couldn’t access treatment and died because of that.”

Francois highlighted video footage from Wuhan showing local authorities welding shut the entrances of homes to stop people leaving. “Since the 17th February until now, it has been a total crime scene. The police welded shut doors to some apartment blocks… It’s extremely scary, seeing dozens of people in hazmat suits, demanding to check your temperature, even as we entered a supermarket. The police would knock on doors and take peoples’ temperatures in their homes. If they had a temperature, they were dragged out. And from what I’ve heard, people that left Wuhan to return to their villages were forcefully locked up. Most people were afraid of the virus, but a few people tried to resist, so police force had to be used.”

At its peak, some 56 million people in the city and the surrounding Hubei province were forced to stay at home.

Wuhan’s response to the virus has not ceased. Francois continued, “Today, we still have to send our temperatures every morning to a local database, and if your temperature rises slightly, you feel like you’re approaching trouble, and that you’ll be treated like a potential danger, it’s a strange feeling. I don’t have an obligation to submit my medical data; it shouldn’t be enforced on me. However, it gives more predictive power to our doctors, especially for epidemics and other health problems. I think this kind of enforced medical intelligence has been heightened by the outbreak, and it’s here to stay.”

Whilst the response from officials was rigorous, it was far from optimal. Despite epidemiologists and the World Health Organisation praising China’s public health response that helped reverse the escalating cases, Francois remarks that “the vigilance of doctors and scientists was not reflected in the initial actions of the local government. The local press downplayed the deaths and the chaos”.

Two months after the lockdown, the number of new cases reported in China each day fell to a couple of dozen, down from thousands daily at its peak. On 18th March, as “Wuhan is Back!” banners were hung over reopened shopping districts, Hubei province reported no new cases for the first time. Francois described how “Many people in China are saying the measures were a success, and that many lives were saved. People have acknowledged the heroism of the doctors.”

U.S deaths from coronavirus surpassed those in China on 31st March, as the head of China’s National Health Commission declared that Wuhan is no longer a COVID-19 battleground. But the accuracy of China’s numbers remains in question: since mid-February, China has not included patients who have tested positive for COVID-19 but show no symptoms in its official count.