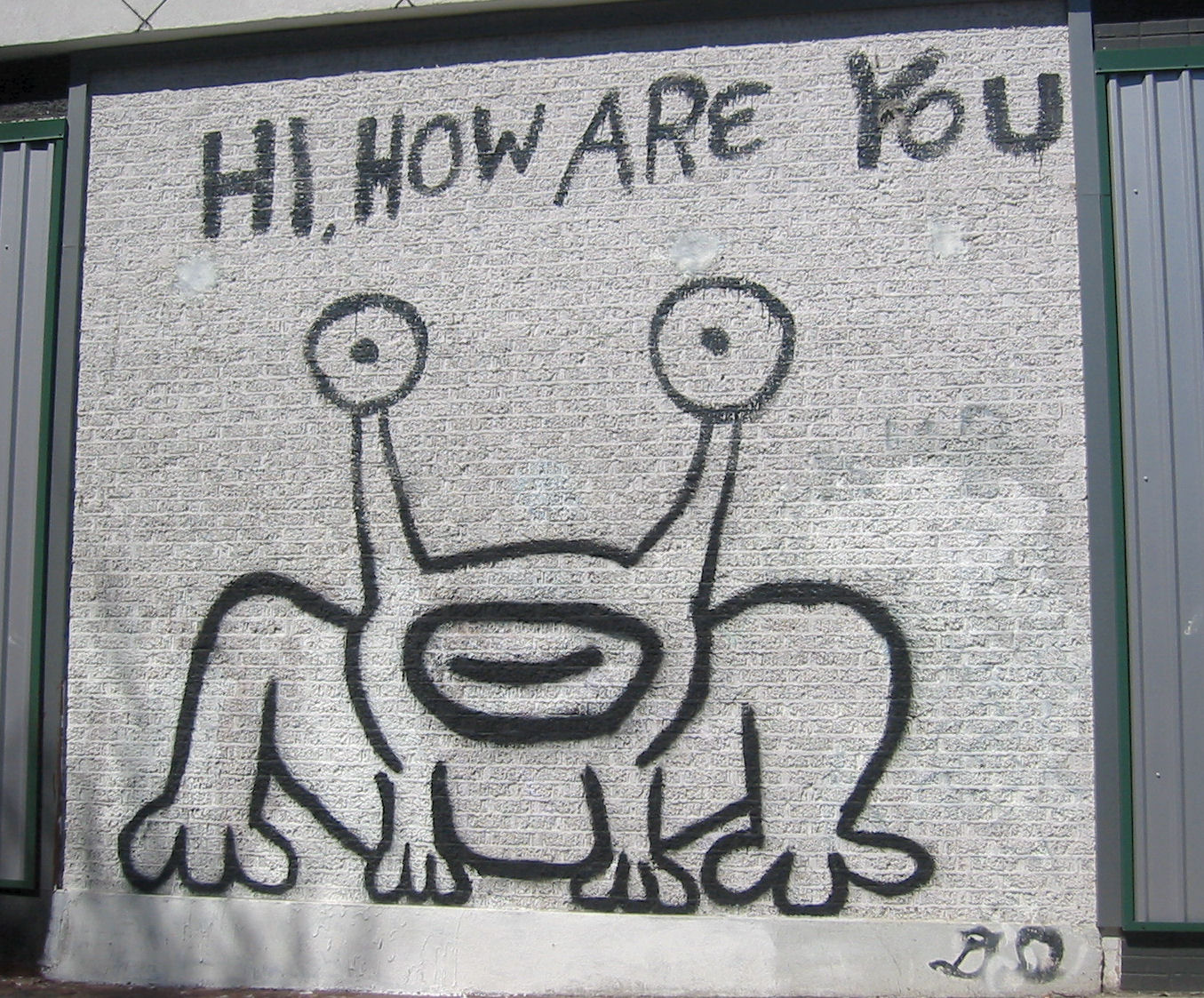 Hi, How Are You? Music to soothe the soul during isolation

Image Description: Johnston’s “Hi, How Are You” mural in Austin, Texas.

There is a quote by the legendary BBC Radio DJ John Peel which has been overused by many a budding music journalist attempting to create a unique think piece on music: ‘Somebody was trying to tell me that CDs are better than vinyl because they don’t have any surface noise. I said ‘Listen, mate, life has surface noise.’’ That being said, as we adjust to a reality which has limited the cultural and sensual experiences which we are able to experience to those in our own homes, I have found myself turning to my beloved record collection to accompany me.

I have found myself turning to my beloved record collection to accompany me.

Being isolated and alone with your thoughts is to tread a hazardous path. On the one hand, there is the optimism that there will be opportunities for self-reflection and improvement, that you will gather your thoughts and write epic poetry, or perhaps prioritise what is important in your life and mend old relationships. On the other hand, it feels tempting, perhaps even inevitable at times, that you will allow the confusion and despair to crash over you in waves as you plunge over the cliff into your bed, where you remain (see Patti Smith’s Horses versus Big Star’s Third as companions to those emotional states respectively). Yet, as I mindlessly gaze at the four walls of my childhood bedroom, there is one artist I find myself reaching to press play on the most to comfort my anxious soul.

Yet, as I mindlessly gaze at the four walls of my childhood bedroom, there is one artist I find myself reaching to press play on the most to comfort my anxious soul

My mother first introduced me to the world of Daniel Johnston, having gifted me one of his iconic ‘Hi, How Are You?’ T-shirts, which she had bought at the Manchester gig of his final tour of the UK. For some time afterwards, I paid little attention to his work, that is until I noticed that some of my favourite bands, The Pastels and Yo La Tengo, had covered ‘Speeding Motorcycle’, a song by Johnston and one that struck me with its sheer child-like beauty and defiance. It was Beatle-esque pop but written in the 1980s by a lonely guy from Texas who worked at a McDonalds and recorded everything in his basement. I became curious for more and was pleasantly surprised to discover a decently sized back catalogue, plenty of testimonials by fans, and a documentary to satiate my newly discovered interest; I felt like I had been belatedly accepted into a secret community of fans who were in the know about the kind of music which I had instinctively yearned for throughout my teenage years.

Johnston had a well-documented battle with mental health issues during his life, and it is easy to take a cynical view of the journalists and celebrity musicians who championed him as leaning into a romanticised depression-chic view of Johnston’s work, that his music is excellent and interesting because he was facing difficulties in his life. Thus, he is perennially martyred as a Brian Wilson or Syd Barrett type troubled genius figure for indie heads.

However, I believe that so many people continue to be touched by Johnston’s music because he spoke to a nostalgic ideal of how pure pop music could be (and how raw with emotion it could be), and because he was an inspiration as someone who was able to pursue a creatively satisfying life in spite of his situation.

I would urge anybody even remotely interested to seek out his cartoon-style artwork which he also produced as further examples of how his work could effortlessly evoke a quirky sense of joy, and often assure us that bliss will find us in the end.

The crude, lo-fi production and unadorned arrangements may not be to everyone’s taste, and if Johnston’s music is not your cup of tea that is entirely understandable, although I am afraid that I have little else to offer you instead. If you are taken by the charm of his compositions, then let me assure you that you have a very rewarding journey ahead of you in exploring his back catalogue. Johnston died last year, but the Hi, How Are You project which is run in his memory continues to promote positive discussions surrounding mental health.

The Hi, How Are You project which is run in his memory continues to promote positive discussions surrounding mental health

Whatever you choose to listen to during this period of lockdown, please do remember to support local or lower-profile musicians who will be suffering from cancelled gigs and record shop closures. If you can afford it, buy music instead of simply streaming it, and go to see artists live once the restrictions are lifted.