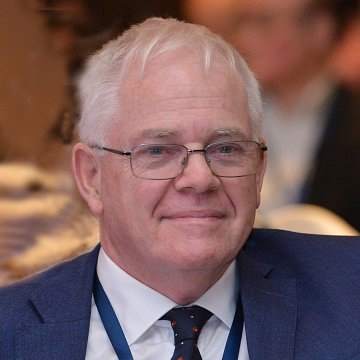 Oxford professor casts doubt on return to normality by autumn

A senior Oxford professor has cast doubt on the likelihood of a return to normal teaching at UK universities this autumn. He also raised concerns over whether the volume of enrolment by international students will return to normal in the next academic year.

In an address to the International Higher Education Forum, Professor Simon Marginson, Director of the Centre for Global Higher Education claimed: “Realistically, we are not going to see a return to face-to-face education in September”.

Professor Marginson writing for Times Higher Education predicted that face to face teaching “might resume in Australia and New Zealand in March 2021, with northern hemisphere students returning then or later”.

Professor Marginson’s comments come amidst a nationwide switch to online and remote learning methods by UK Universities. UK universities pre-empted the government’s lockdown measures, with the majority of universities signalling their intention to move to remote teaching methods before or as soon as social distancing guidance was issued.

Oxford announced its intention to move Trinity Term teaching online eight days before the government introduced lockdown measures. It is currently unclear whether the lifting of lockdown measures, will lead to the return of normal teaching at Oxford and other UK universities.

Given that UK universities sought a move to remote teaching prior to stricter social distances guidance, it is plausible that a return to normality may not occur as soon as such measures are lifted.

Amidst the cancellation of large swathes of formal assessments and any hopes of a return to Oxford quashed, students have been left unaware of the nature of the impact, if any, on Michaelmas term.

Lockdown measures in the UK are widely expected to last for the next two to three months. A six-month timeline for a return to normality has been touted as likely by Deputy Chief Medical Officer Jenny Harries, though Public Health England have caveated that this is subject to considerable doubt.

Despite Professor Marginson’s prediction, he told the Oxford Student he anticipates UK universities facing pressure to return to face to face teaching: “The student (and lecturer/professor) demand for face to face teaching, and student demand for full cohort interaction, will be compelling, especially at Oxford where small classes and high levels of interaction are the norm, regardless of how well online programmes are conducted.”.

He went on to say: “I am confident that Oxford will see a return to full face to face mode as soon as it becomes possible to do this at negligible risk.”. Professor Marginson does not think that there is any possibility of a suspension of learning, even in the case that lockdown persists significantly into the 2020-21 academic year.

Whilst the return to face to face teaching next term will be subject to the course that the epidemic takes over the next six months, there are likely to be significant consequences for the demographic makeup of the oxford intake in future cohorts. Widespread restrictions on international movement and the anticipation of these measures remaining in place, has led to uncertainty for international students.

Professor Marginson believes: “Face to face international enrolments will recover more slowly than domestic student enrolments’. He added that the shrinking in the size of the global middle class and faster recoveries from the crisis in East Asia will mean ‘it will be five years or more before the 2019 numbers return.”