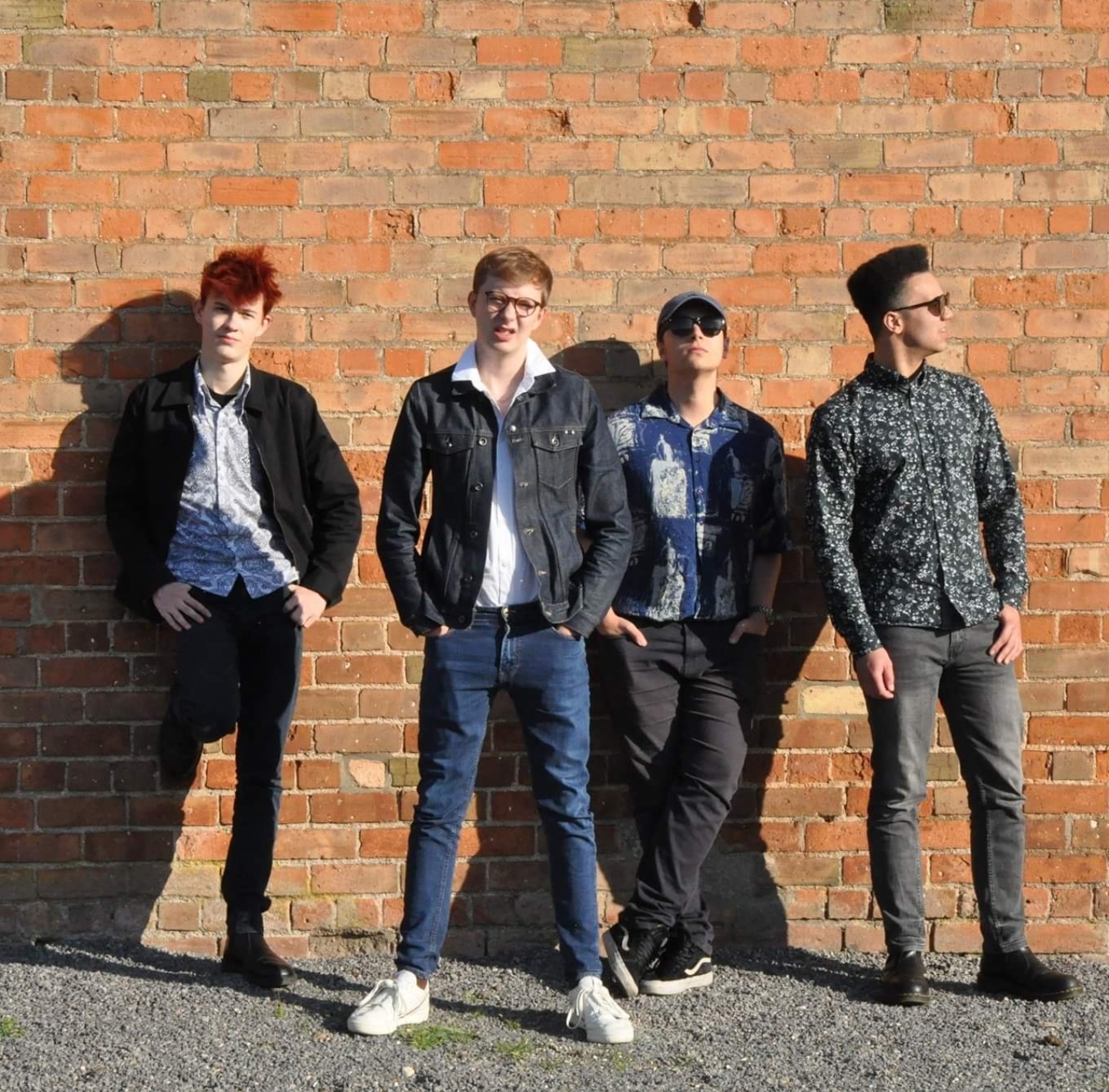 The music industry is a rapidly changing entity, a constant evolution facilitated by modern media. Platforms like Spotify mean we have thousands of new songs at our fingertips every day, infinite opportunities to find a band or a song we enjoy. Except, it doesn’t always work like that. The parameters of pop are so set and so attainable that the idea of the invention has ceased to be attractive to many musicians. I have at times wondered if anyone was writing music I enjoyed anymore. What a relief it is then, when a new band comes on to the scene, striving for originality, striving to be better. If this is at all relieving to you too, then Urban Architects are your men. This fascinating new band from Liverpool released their second single The Weight of Expectation last Friday, and already we can see these lads are on a quest to explore a genre, leaving no stones unturned.

What a relief it is then, when a new band comes on to the scene, striving for originality, striving to be better. If this is at all relieving to you too, then Urban Architects are your men.

I say, for a new band, the lads that makeup Urban Architects are all fairly seasoned heads in the Liverpool music scene. Well, that is as seasoned as anyone can be at the age of 19 and 20. Dan Kelly (Lead guitar) and Aidan Musgrave (Drums) had some success in 2018 with The Irenes. It was in starting up a heavy metal band last year that they met Harry Campbell (lead singer), formerly of Spiral Eyes. It was Harry’s idea that they changed direction altogether and, with the addition of Ojo Oladeji on bass, they became the formidable outfit that is Urban Architects. Perhaps it’s this coming together from different angles that strengthens their oeuvre. Speaking to Harry, I found out what the influences were behind the music the band was creating: ‘We’re covering the whole umbrella of indie rock, our influences range from The Strokes to Muse, from the Red Hot Chili Peppers to Peace, it’s a whacky combination but we hope to cater to everyone’s tastes’. The latest release stands to demonstrate the band’s versatility despite being only their second release. Indeed, it’s quite exciting to think that it’s still early doors. 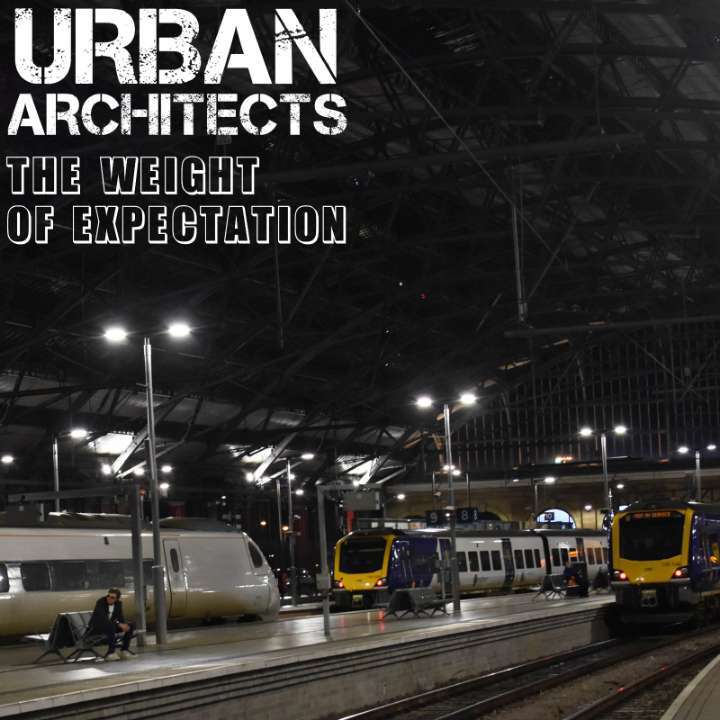 The Weight of Expectation, appropriately named, with a lot to live up to off the back off their first single release, has impressed yet again. The tune opens with a menacing riff that seems to warn the listener of danger, an inevitable trap that they’ve fallen into as soon as they start to listen. Enter the powerful vocals of Harry and the song is in motion. There’s certainly an overarching story in this song: ‘The song, Ant, is about the social pressures growing up in the modern-day, and the complexities of a relationship,’ Harry explained. Something told me that, like Samuel Beckett, he didn’t want to part with the full meaning of his lyrics.

Something told me that, like Samuel Beckett, he didn’t want to part with the full meaning of his lyrics

The imagery created is that of a complex tango, a man and a woman dancing around each other, dancing around the truth? Sparks fly in the chorus as the accusations begin: ‘men who live in glass houses…’ The guitar becomes more delicate, more intimate. And then, it breaks away. The guitars fade out as the bass and drums come to the fore for the second verse. This verse brings us the emotional problem we’re coming to expect from the lads. No prizes, I’m afraid, for guessing what might have been the inspiration for Urban Architects first single, The Dream Spectre, released in December. With a punchy and enigmatic tune, the lads proved that they were capable of combining narrative-driven lyrics with loud and exciting rock. Oh, bitter lemon of regret! The execrated break-up, the nightmares of her and him together, life’s unforgiving dilemmas. This time around it’s a standoff: ‘she reads and blanks your text, it’s like a game of chess, who moves next?’ The tango is in full flow when the song draws to an end.

The real beauty of Harry’s lyricism lies is in his ability to contrast the ultra-specific with the universal. In The Dream Spectre, we see the agonising realisation that he’s left it too late to save the relationship. But this revelation comes on the back of the 89 bus. The effect is that the 89 John Lennon Airport bus, something of an icon of the day to day life of an average scouser, takes on a new meaning. No matter where you live, we’ve all felt this regret, we’ve all sat on the 89. In the latest single, the eponymous weight of expectation is waiting at Lime Street. Stepping on to the platform becomes facing up to our anxieties. And here we find yet another reference to add to the Scouse Sticker Album that this band are creating. The universal feelings juxtaposed with the close cultural references compliment Urban Architects’ style nicely. And on the subject of style, these lads are the authority.

Watching the band perform live is essential as the entertainment factor is paramount to their appeal. Frontman Harry wears his signature whistle and flute, Dan Kelly’s flashy hair colours tend to match his tie as Ojo moves to the beat, absorbed in the song. The element of showbusiness is fundamental and the lad’s moves would give Paul McCartney a run for his money. The thorough enjoyment happening on the stage transfers to the audience and this makes for a great show. An experience which informs us that inventive and original music isn’t going away. It’s alive and well and can be found in the music clubs around Liverpool, and all over the country in bands such as Urban Architects.

Inventive and original music isn’t going away. It’s alive and well and can be found in the music clubs around Liverpool, and all over the country in bands such as Urban Architects.

In recent years, the tag of indie rock has been tarnished. It was becoming synonymous with pop trash but by anyone that wasn’t one of Taylor Swift’s many forms. A great deal of encouragement can be taken from hearing and seeing bands performing and more importantly enjoying alternate and indie music. Clearly, the demand still exists, and Harry was right when he said he wanted to cater to everyone’s taste. What he might not have realised when he said that, however, was just how desperate some people have been for this break away from the commonplace. The serendipitous coming together of Harry’s taste for indie music and Dan’s for a more rhythmic rock has helped to construct a spectacular edifice. But what else would you expect from the Urban Architects?