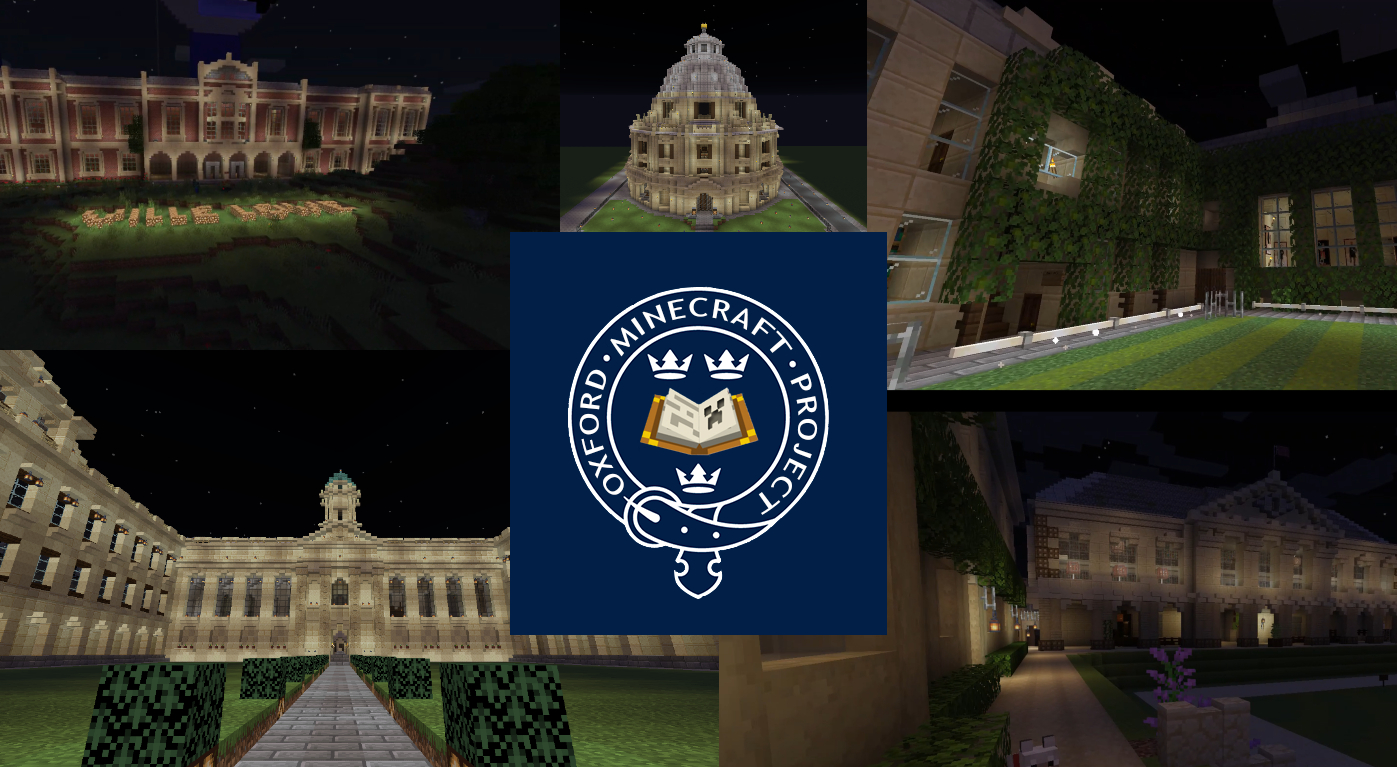 Students from a number of colleges have come together to construct different Oxford environments in Minecraft, establishing a virtual community that is expanding by the day.

The project was officially launched following The Oxford Student’s publication of Worcester College’s re-creation in Minecraft, spearheaded by second-year students Luke Rickard and Jordan Grinyer. Their efforts were mirrored by students across the University, as several subsequently came forward to reveal ongoing Minecraft collaborations relating to their own colleges.

Oriel’s Mike Selby and Queens’ Tristan Johnston-Wood are among those involved with The Oxford Minecraft Project, as their meticulous constructions of the Radcliffe Camera and Queens College highlight. Johnston-Wood told The Oxford Student: “Although parts of this project were started in 2019, the idea to bring together students from across the university came about after the UK went into lockdown during the coronavirus pandemic.

“We believe that this project will bring otherwise isolated students together to contribute to building their colleges in Minecraft as well as keeping people in contact with each other. After the coronavirus pandemic passes, we wish to keep this project going and develop relationships across the whole university”.

The servers set up by students consist so far of the Radcam and two partially built colleges, Brasenose and Oriel, alongside the growing sites of Queens, Worcester and Harris Manchester. As well as this, other servers include a recreation of Lincoln, parts of Univ, and the Somerville Library.

Renowned for the majestic workmanship of its buildings, Oxford has become an effective site for re-imagination. Minecraft exists as a leisurely platform for “learning and appreciating”, as Johnston-Wood has it, the structural and visual innovations of Oxford architecture. He suggests that the online game nurtures a “sense of achievement” since its players benefit from “extremely satisfying” results.

Johnston-Word comments: “Walking around the college, and the rest of the city as it’s being constructed […] motivates us to continue with the project and share it with the rest of the Oxford community.

“For us, gaming is both a chance to connect with friends and give us a breather from our degrees. The chance to speak with friends, especially in the time of a lockdown, is an opportunity not to be passed down. It is also important to have some space to think and gaming is perfect for this”.

As the UK has been plunged into lockdown, virtual realities have been granted an instrumental role in the psychological battle against Covid-19. The prospect of a long-term ban on gatherings has meant that many have turned to games like Minecraft in order to establish a space for social interaction as well as productivity. Both aspects of gaming make for an invaluable aid to mental health during the global pandemic, a view that resonates across the student body. Jordan Grinyer, a member of The Oxford Minecraft Project, told The Oxford Student of the camaraderie that the game has generated for students in the throes of isolation.

Grinyer says: “Through the server I’ve already talked to fellow students I’d never spoken to otherwise. Working on a common project has definitely brought people together. I think the best part for me has been how excited people get when they see pictures or look around the server. A large part of the college are interested in its development, and ask for updates. It’s produced a real sense of community.

“We all love Worcester, and seeing it be built has brought back memories from previous years. I’ve had people tell me they feel nostalgic when they look around”.

Sprawling sites and intricately-designed buildings aside, Minecraft has been a successful tool for constructing ‘the famously small size of’ colleges like Harris Manchester, as student Jemma Gates outlines. Referring to the server as “a bit like a replacement JCR, just over voice chat instead”, she told The Oxford Student: “College pride is definitely part of it, but it’s also just about recreating familiar spaces. […] It really feels like a second home to us – we miss it.

“I think having a focus (even if it’s as tenuous as ‘let’s build a really big tree’) gives people more of an excuse to connect and join in”.

Get involved with The Oxford Minecraft Project via its Facebook page, or alternatively visit its official YouTube channel: https://www.youtube.com/channel/UCZxX_9vRNVs_OnslO-fIc1w