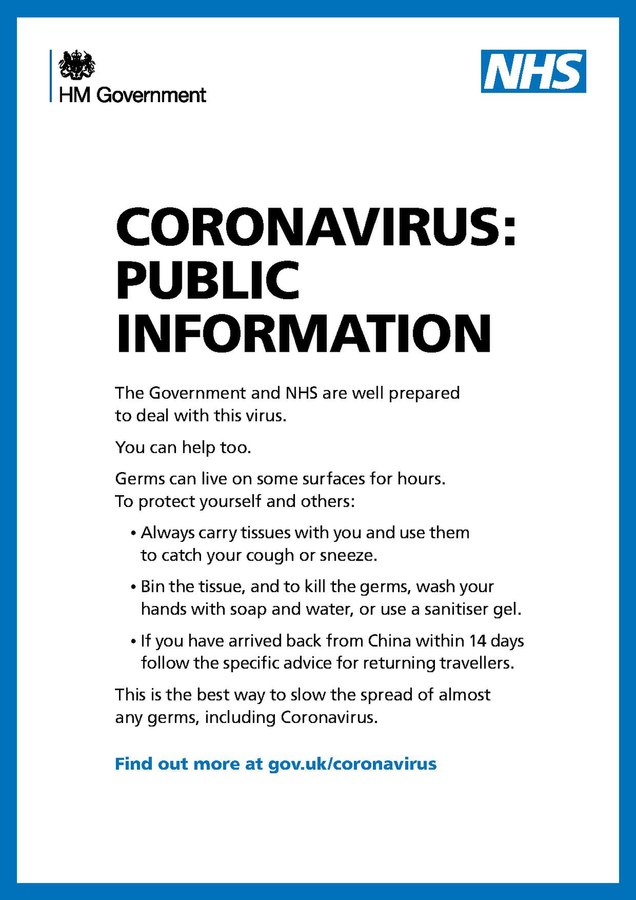 The Government’s early response to the Covid-19 pandemic drew widespread criticism for its lack of robustness. Initial reports suggested that No. 10 favoured allowing the population to develop a natural “herd immunity” which would protect the most vulnerable. It is not yet clear whether delaying the introduction of robust social isolation measures will cost the country in the long-run.

However, the failure to acquire large-scale testing capacity certainly will. Despite the Prime Minister’s claim in March that the UK would soon be able to perform 25,000 tests a day, by April 3rd capacity was only 13,000. This perhaps reflects a failure to take the crisis seriously enough, early enough. By contrast, Germany started developing a test before the sequencing of the Coronavirus genome and threw political backing behind the project early on.

As a result, they are conducting 100,000 tests a day. Exacerbating their weak response has been the failure of  senior UK politicians to manage public expectations effectively. They have over-promised and under-delivered. Thus, the suggestion that we will achieve 100,000 by the end of April appears implausible.

The competitive international market for testing kits and personal protective equipment (PPE) has exacerbated the impact of this slow reaction. When Israel is using Mossad, its intelligence service, to acquire tests, and the US is reportedly hijacking PPE destined for Europe as it is transferred between aircraft, it is clear that acquiring the material to tackle the virus is a major challenge.

Germany… are conducting 100,000 tests a day. Exacerbating their weak response has been the failure of  senior UK politicians to manage public expectations effectively. They have over-promised and under-delivered.”

It is vital that the government not only gets its response right, but appears to be doing so. For the heavy-handed policies of lockdown to work there needs to be buy-in from the public. The response must appear to be effective, carefully planned, and with a clear exit strategy. In some ways, this is a reflection of the wider social contract of governance. The people have temporarily surrendered some of their most fundamental civil liberties; in exchange, politicians have to make sure that measures to counter the virus work.

Most importantly, they need to make sure our health and social care workers feel safe and have the right PPE. Plus, they should implement a carefully calibrated testing strategy to protect the frontline. We must reduce the mental stress on nurses, doctors, hospital porters, cleaners and carers. Consequently, the level of service they are able to deliver will improve as well as reassuring the population as a whole. Our collective anxiety will only heighten if more doctors and nurses speak out about inadequate support on the evening news.

That is why it is alarming when Dominic Raab, the man temporarily holding the tiller, says “having a discussion [about an exit strategy],” before the peak would be a mistake. We must learn from our initial failures. Looking forward is imperative even when it might yet be difficult to make concrete plans. It is clear there will be no silver bullet and grasping for one is dangerous. The widespread scramble for hydroxychloroquine, an antiviral drug unproven and largely untested in the treatment of Covid-19, demonstrates as much.

Wasting resources where there is no proof of efficacy is unacceptable. When the drug in question has proven life-saving effects in conditions such as the autoimmune disease lupus, to squander scarce supplies would be inexcusable. Instead, we need some sort of exit plan. Be that extensive contact tracing – effective in South Korea – or antibody tests and immunity passports, recently mooted by senior UK figures. While it is not clear what the best route to it is in the UK, there needs to be hope of a way out.

Wasting resources where there is no proof of efficacy is unacceptable… Instead, we need some sort of exit plan.”

There are encouraging signs about the way we have dealt with this. Take the rapid construction of Nightingale hospitals, the strong fiscal and monetary response. Plus, there’s the overall willingness of the public to comply with government advice. It seems that scientists and experts – recently maligned by senior ministers – are being allowed to take the lead in determining policy. All of this will help to mitigate the long-term damage to our society.

We have to hope that the Government has learned from past mistakes and will be proactive in future. It has been reported that overall mobility of people was down by 85% by the 29th March. We are complying with the lockdown, even if it can only be a temporary measure to buy time and flatten the curve. We are  upholding our side of the bargain, time will tell if Westminster and Whitehall are able to fulfill theirs.