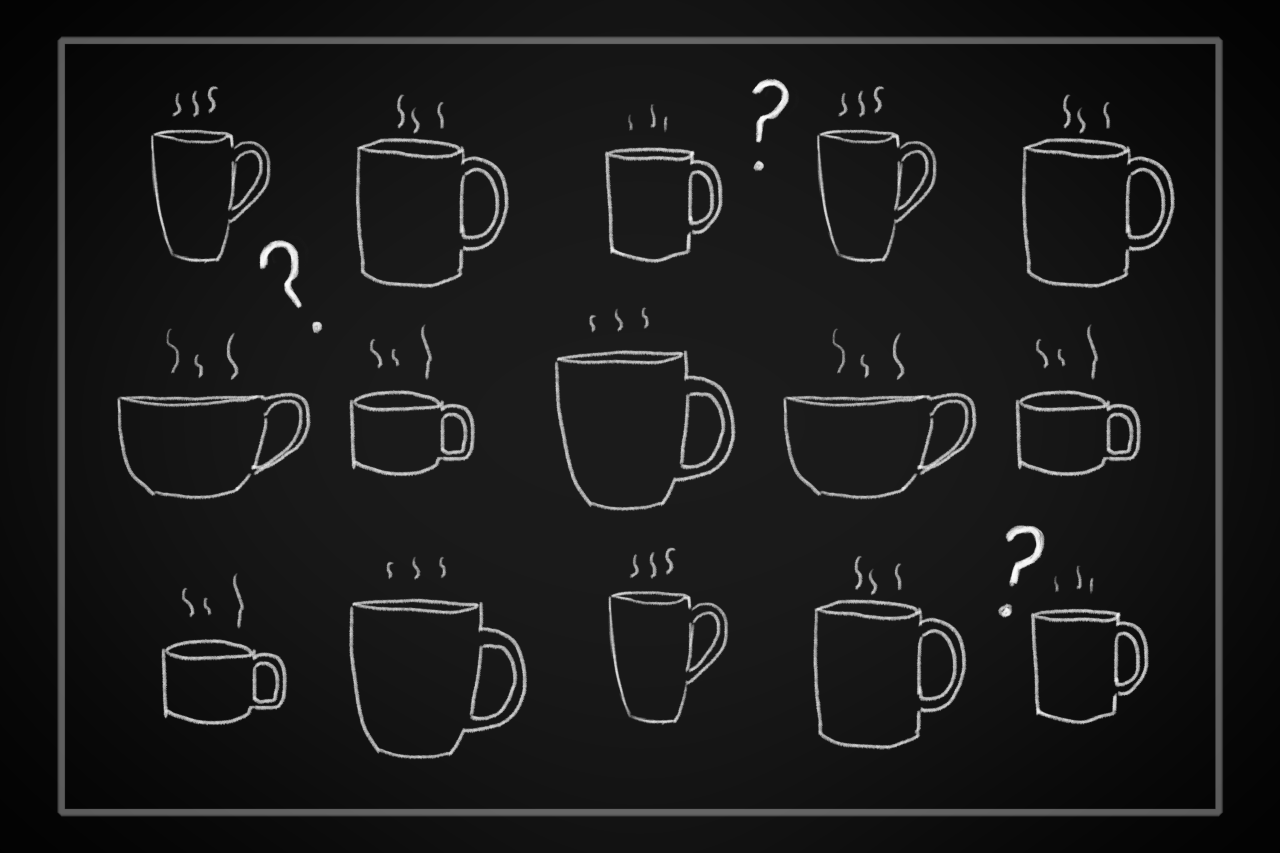 Read part one of Caffeine Culture in Quarantine here

Have you ever walked into a coffee shop and felt overwhelmed by the sheer range of drinks on offer? Do you remember feeling mind-blown by the many different types of coffee available? There’s no question that café drinks are much more varied, and a step up from the instant coffee embraced by most university students. It can be a daunting experience to walk into a speciality coffee shop, unable to tell your ‘flat white’ from your ‘cappuccino’, or your ‘macchiato’ from your ‘piccolo’, from fear of the seemingly all-knowing barista behind the counter passing judgment as you try to order a pumpkin-spiced latte. This article will introduce you to some of the most common coffee drinks and explain how they differ from each other so that when you next visit a café, you can stroll in confidently, knowing the exact components of what you are ordering.

Espresso: Espresso is the building block for nearly all coffee drinks. An espresso is a small shot of coffee, between 30 to 45 ml, and is very concentrated. It is made by forcing water just shy of boiling through finely-ground coffee beans at a high temperature, normally done by the espresso machine.

Americano: an americano is a shot of espresso diluted with hot water. The ratio of espresso to hot water is normally between 1:1 and 1:2, depending on personal preferences and on the café. The name ‘americano’ allegedly originated during World War II, when American soldiers stationed in Italy diluted the local espresso to make it taste more similar to what they were accustomed to.

Cappuccino: similar to the latte, the cappuccino is also a coffee drink made of espresso and milk. For this reason, a confusion between the two drinks is common. However, the two drinks differ in the milk texture; whilst a latte is majority steamed milk, cappuccinos usually have a 1:1:1 ratio of espresso, steamed milk, and foamed milk. The higher concentration of foamed milk also marks it out from the latte visually, as cappuccinos have a thick, glistening milk froth at the top, in contrast to the light caramel top of the latte.

Flat White: this is another espresso-and-milk coffee drink that can be found in most coffee shops around the country. It bears more semblance to a latte than a cappuccino, as it also consists mostly of steamed milk. However, it differs as it is topped off by micro-foam, a less aerated milk texture compared to the foam in lattes and cappuccinos. A further way to distinguish a flat white from the other milk-based coffee drinks is that two shots of espresso are used, creating a more concentrated coffee flavour, whilst lattes and cappuccinos normally contain one shot of espresso.

Piccolo: the name piccolo is shortened from ‘piccolo latte’, and from here it’s easy to put two and two together; its name translates into ‘small latte’. Similar to the latte, the piccolo also contains espresso, steamed milk, all topped off with a thin layer of foamed milk. The caveat is that all of this is served in a 3-4 oz glass, resulting in a more intense coffee drink as there is less dilution of the espresso with milk.

Macchiato: ‘macchiato’ means ‘marked’ or ‘stained’ in Italian, and that reflects the nature of this coffee drink. Similar to all of the other drinks introduced so far, it starts off with a shot of espresso, and is then ‘marked’ with a few teaspoons of foamed milk. This results in a small drink, similar to the piccolo, but the macchiato contains less milk and the texture of the milk is more airy.

Mocha: a mocha is the only common coffee drink to contain an ingredient that isn’t milk or espresso – the third ingredient is chocolate! The chocolate in mocha complements a bean’s natural sweetness and adds an exciting twist for those of you who want to try something a bit different. A word of warning though; mochas are normally prepared with two shots of espresso, so if you were expecting a coffee drink that would be less strong because of the additional chocolate, then you may be surprised at the result!

Cold Brew: the name ‘cold brew’ neatly sums up the nature of this drink; a cold coffee drink. It contrasts against the previous drinks mentioned not only in temperature, but also in the fact that it doesn’t contain espresso. A cold brew is made by steeping coffee grounds in cold water for an extended period (normally 12 hours or more), which gives it a less acidic, less diluted character compared to its iced coffee counterpart, where hot espresso is poured over ice.

Affogato: the last coffee drink on this list treads the fine line between a coffee and dessert, but regardless of how one classifies it, it can taste delicious. ‘Affogato’ means ‘drowned’ in Italian, and it is basically ice cream ‘drowned’ in espresso. Typically, a scoop of vanilla ice cream is used, before a hot shot of espresso is poured over it and begins to melt the ice cream.

Hopefully, this article has cleared up some of the common confusions surrounding the different types of coffee drinks; you can now decide which one tickles your palate the most and give it a try when you next frequent a café.