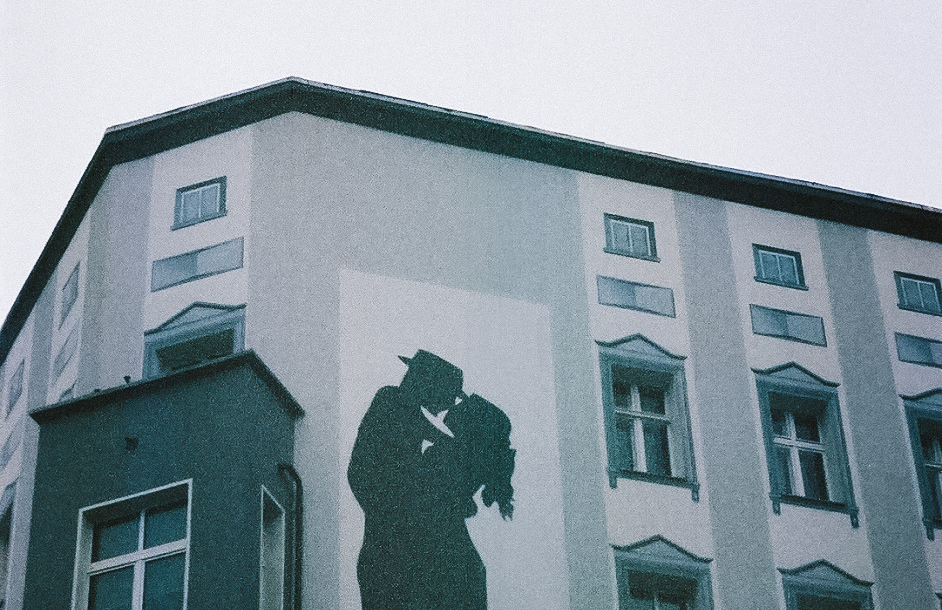 Image Description: Mural of a man and a woman kissing on a building

In 2003, Berlin Mayor Klaus Wowereit famously called the city ‘poor but sexy’, sealing its reputation as the place-to-be for artists. East Berlin was practically abandoned after the fall of the Wall, rent was low, and it provided an empty canvas for artists to reshape the city their way. While New York, London and Paris became increasingly expensive, Berlin retained a grittiness and rawness during the nineties and early noughties that was undeniably attractive to artists.

Naturally, thirty years after reunification, Berlin is not exactly poor anymore: rent has doubled since 2008 and the once run-down, undiscovered districts of Prenzlauer Berg and Kreuzberg are now almost entirely gentrified, filled with expensive coffee shops and tourists. It seems that the time of immense freedom and unrestrained opportunity in Berlin after the fall of the Wall is slowly coming to an end. This is perhaps most obvious in the closure of many of Berlin’s infamous techno clubs, most recently Griessmuehle, which are simply unable to compete with the rapidly increasing cost of rent. Could this signal the beginning of the end for the artists of Berlin? I doubt it.

Although Berlin has rapidly developed in the last thirty years, the city’s economic situation still seems to favour the struggling artist. A five-year rent freeze was introduced last year to prevent gentrification from entirely expelling creatives from the city, and big corporate businesses are still staying far away, preferring Germany’s financial centre of Frankfurt. Interestingly, Berlin remains the only capital city in Europe that is actually a drag on its country’s economy – the average German would be 0.2% richer without Berlin – a fact many non-Berliner Germans love to repeat. If you look carefully the rent is still relatively low: I paid about £400 a month for a flat a 7-minute U-bahn journey from Alexanderplatz.

It would, however, be wrong to say that artists are simply attracted to Berlin for its cheap rent. It is important to remember that the city has an illustrious cultural history. 1920s Berlin produced some of the most wonderful cultural moments of the century: Bauhaus, Brecht’s operas, George Grosz’s paintings, Fritz Lang’s films to name a few. But Berlin is unique in its twentieth-century history in that this blossoming of culture was severely and suddenly disrupted. ‘Degenerate art’ was targeted by the Nazis in the 1930s, about 80% of the city was destroyed during World War II and the city was divided by a Wall for 28 years. The Irish painter Sean Scully said in an interview with The New York Times, ‘Berlin is formerly magnificent, formerly destroyed, presently rebuilt’ and this is what sets it apart from the other culture capitals of the world.

Berlin has had to constantly reimagine itself over the last century. The art historian Karl Scheffler wrote in 1910, ‘Berlin is a place doomed to become, never to be’ and it is precisely this endless becoming and shifting of the city that makes it so attractive to artists. A city that reimagines itself over and over provides a unique energy and an open attitude to what can be done with art and culture.

And yet, among all the change over the last century, and especially over the last thirty years, the city has retained its essential qualities that make it so perfect for artists. Berlin is non-judgemental, chaotic, a little bit dirty, liberal, creative and, of course, still sexy.