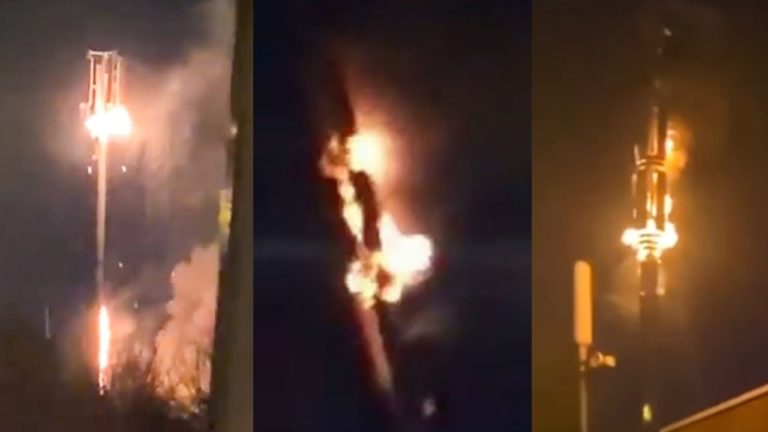 For those fortunate enough not to have heard it, the theory is this. The worldwide roll-out of 5G, spread through radio waves, has weakened people’s immune systems and left them more vulnerable to the coronavirus.

Or, it is causing the symptoms, which doctors are covering up as COVID-19, to allow them and Bill Gates – who is in on the virus – to implant mind control chips in people through “vaccinations”. Oh, I guess I do have anti-vac content on my feed.

These theories have absolutely no acceptance within the scientific community, and have resulted not only in twenty 5G towers being burned down in the UK at the time of writing but have also damaged national efforts to contain the spread of the virus. The West often looks at superstition in other regions and laughs, but the prominence of these conspiracies in Western nations should be a reminder that stupidity has no creed or race.

This is not the article where I namecheck COINTELPRO, and the massive program launched by the US government in the ‘60s and ‘70s to systematically infiltrate and dismantle civil rights organisations such as the Black Panthers, and famously try to incite Reverend Martin Luther King Jr. to kill himself. This is not the article where I reference Operation Northwoods, a US plan to stage and commit acts of terrorism against US military and civilian targets, in order to blame them on Cuba, which got as far as John F. Kennedy before being rejected.

This is not the article where I use these examples to justify why, as a result, minority communities especially might be sceptical that any government is telling the truth. Because, for all the historical examples of the US government doing crazy and evil things, they don’t justify or explain these conspiracy theories. However, they do go part of the way.

One of my favourite podcasts, “You Are Not So Smart”, dedicated several episodes to trying to explain conspiratorial theories. In one episode, they interviewed Steven Novella, a “leader in the sceptic community, host of the Sceptic’s Guide to the Universe, and an academic clinical neurologist at Yale University School of Medicine”. He described some conspiratorial thinking as a pale imitation of scepticism.

He calls scepticism “separating what’s likely not to be true by using some kind of process of evaluating logic, evaluating evidence, trying to step back and look back at your own thought process… It’s not just a blanket, ‘Oh I don’t believe anything. Everyone’s lying.’”

It is terrifying, on a deeply existential level, to believe that nature can wipe us out at any moment, and there’s nothing we can do about it.

Aristotle famously thought that all virtues are a balance between two extremes. If scepticism is a virtue, then way out on the left side is believing everything you’re told, and way out on the right is conspiratorial thinking. 5G radio waves are lower frequency than visible light, they are non-ionising, and therefore far below the level required to affect our cells.

Steven even addresses those who might use the examples I gave in the earlier paragraph to justify their own belief in a 5G coronavirus conspiracy, or indeed any of the other conspiracies going around. Steven acknowledges that there have been “government and corporate conspiracies… sure those historically exist. We never doubt that.”

But there’s a gap between even the conspiracies I noted, which are broad in scope but do not involve the levels of organisation which a 5G conspiracy would require – all world governments, doctors, and technology companies collaborating together, without a single whistle-blower.

The dark forces which are conspiring against us have names. They are called viruses, bacteria, and sometimes our own cells.

“There are no grand conspiracies that were on the fringe because they were highly implausible, that then turned out to be true.” Steven Novella mainly places the popularity of highly unlikely theories down to cynicism masquerading as scepticism, failures of pattern recognition within the brain, and intelligent people being more able to rationalise their own thoughts, even when those thoughts are ridiculous.

In my opinion, there’s another aspect to it. Conspiracy theories are comforting. It is terrifying, on a deeply existential level, to believe that nature can wipe us out at any moment, and there’s nothing we can do about it. In my own encounters with the medical system I have been surprised by how little, in a deep sense, medicine can actually do. Pandemics and plagues should be something relegated to the past when we didn’t have X-ray machines, chemotherapy, antibiotics, and Minecraft reconstructions of Oxford.

The reality that for all our technology, there are many, many things which we simply cannot cure, is terrifying. If coronavirus isn’t the result of a virus jumping between species in a Chinese wet market and is instead an international conspiracy, we don’t have to face this fact – in the same way that if 9/11 really was a government conspiracy, we don’t have to address the fact that small groups of people acting in tandem can potentially achieve horrific things.

The dark forces which are conspiring against us have names. They are called viruses, bacteria, and sometimes our own cells. They evolve to escape our feeble mechanisms of controlling and eradicating them. And they’re gonna kill us all in the end.

What better conspiracy do you need?