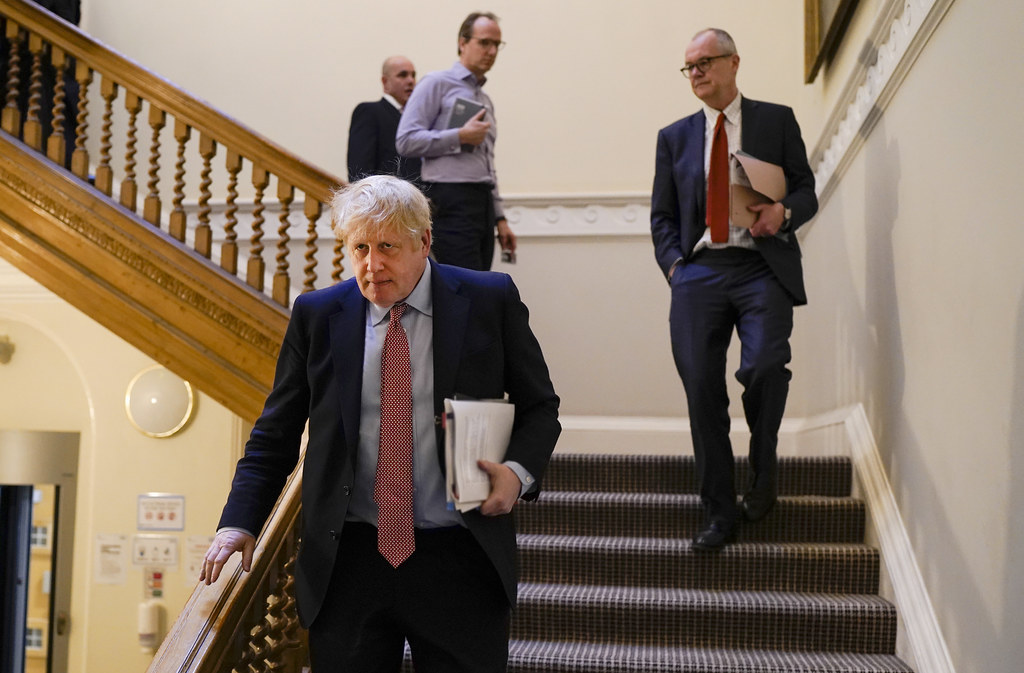 It’s easy to see a turning point in the coronavirus pandemic. We clap for our carers every week, upbraiding neighbours who fail to appear on their doorsteps at the required hour on a Thursday evening. The government is paying 80 percent of laid-off workers’ wages and liberals are calling for greater restrictions to be placed on people’s individual freedoms, whilst calling for the police to be given greater power to enforce them.

Judging by how quickly the Conservatives have ripped up decades of free-market rhetoric to enforce Jeremy Corbyn’s manifesto, Britain should never vote blue again. But remove the unifying force of a microscopic pathogen and what are we left with?

Previous plagues, economic crises and wars have failed to usher in new eras of global cooperation, so this one won’t be any different unless we choose to make it so.

Lockdown will impact poorer communities living in cramped conditions far more than the wealthy who can flee to country homes and isolate in the back garden. We clap for our carers whilst supporting a government which not only cheered when they capped their wages, but just awarded themselves £10,000 each for the hardship of working from home. We turn eastwards to China for help and assistance rather than rallying around the faded belle of America.

If you’re looking for a turning point in world history, you should look elsewhere; all this crisis is likely to achieve is a reinforcement of the global democratic recession which began somewhere around the Iraq war and the 2008 financial crisis.

A year ago, Google and Apple’s announcement of plans to give people’s location data to governments intent on enforcing lockdowns would have been met with violent protests from liberals. Fast-forward to 2020 and it’s gone virtually unnoticed.

Prior to the coronavirus pandemic, people were increasingly sceptical of big tech companies, particularly in the wake of the Huawei scandal, covering up webcams to prevent Big Brother looking into their homes. However, the tech firms are likely to come out on top once the dawn breaks on the current pandemic.

Ten years down the line, we’ll be asking ourselves: was it all worth it?

In the wake of the 9/11 terrorist attacks, governments around the world strengthened state surveillance measures. Again this went unnoticed as they were justified with the familiar phrase of “unprecedented times”. However, when the dust settles on coronavirus, we’ll be left with a state which has an increasing ability to track its citizens’ movements through the use of facial recognition and location tracking software.

Therefore, though the end of lockdown might leave us free to go outside and enjoy the sunshine once more, the price will be serious curbs on our personal liberties and the encroachment of the state into people’s private lives. Ten years down the line, we’ll be asking ourselves: was it all worth it?

By clamouring for a return to the “Blitz spirit” whilst demanding the increase of police powers and state surveillance, we’re forgetting what our ancestors fought for in the Blitz: liberty.

The inability of Western democracies to deal with COVID-19, in particular America, will only hasten the transfer of power from West to East. Whilst China has begun to restart its economy after months of lockdown, Donald Trump oscillates between demanding the reopening of America’s economy and enforcing strict lockdowns to prevent the deaths of her citizens.

The decline of American power has been discussed for decades, with papers on the demise of the American hegemony appearing in the 1990s. However, despite the 2008 recession, the failure of the Iraq and Afghan wars and the election of Donald Trump, America has marched doggedly on.

Nonetheless, the coronavirus crisis has proven that a state where citizens enjoy fewer personal liberties is better equipped to deal with a crisis of this magnitude. By clamouring for a return to the “Blitz spirit” whilst demanding the increase of police powers and state surveillance, we’re forgetting what our ancestors fought for in the Blitz: liberty.

Therefore, whilst the current pandemic should mark the turning point as we round the corner into a fairer, freer and more tolerant world, this is likely to be far from the reality. An optimist might view the crisis as an opportunity for the world to pull together. A realist might look at the idealisation of authoritarian governments and shudder.

Previous plagues, economic crises and wars have failed to usher in new eras of global cooperation so this one won’t be any different unless we choose to make it so. But be careful what you say; Big Brother and Karen from next door are always watching.