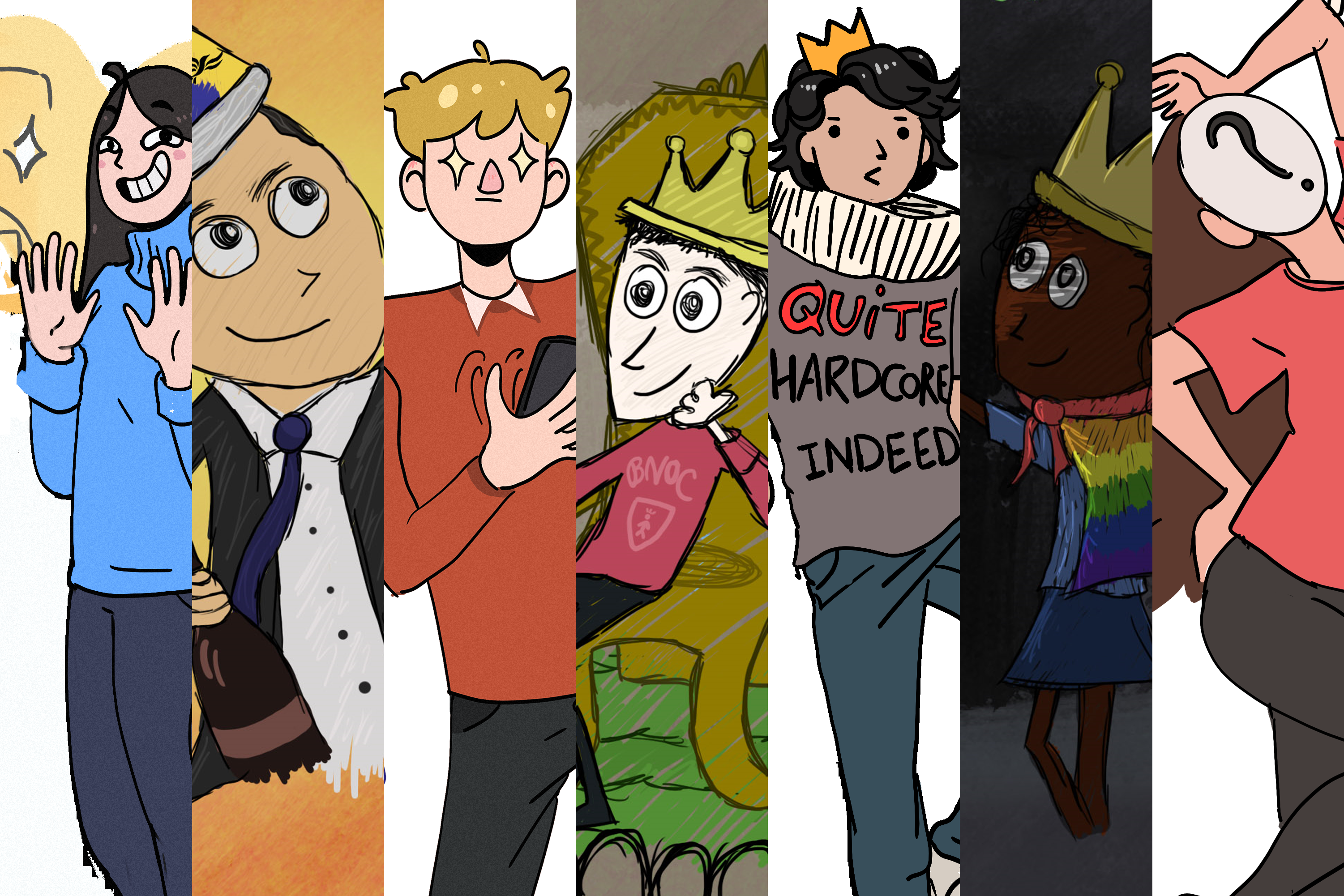 Reader, you would be forgiven for making the egregious mistake that ‘BNOC’ is a ‘one size fits all’ label. If you’re unlucky enough to be friends with one, you would be well acquainted with an impromptu trip to Hassan’s becoming a small meet and greet. If you’re even luckier, you may not even know what a BNOC is. I regret to inform you that the four letters stand for ‘Big Name on Campus’. The term is pregnant with stigma – any good BNOC will lament the burden that falls on their Atlas-like shoulders. After all, they are cut from a very different cloth than are us mere mortals. These Adonis-like figures come in many forms, and so I shall attempt to document my humble fresher-findings in this guide.

The ‘In Denial’ BNOC 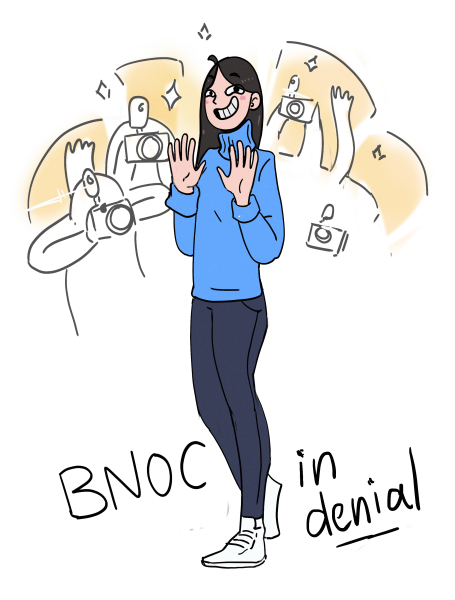 Whilst almost all BNOC’s will readily say they dislike this poisonous abbreviation, such a specimen would rather attend Cambridge than admit to their true nature. You may not even be aware they walk among you, having camouflaged their clout so well. Phrases to look out for include “I hate that word!” and, upon being asked how they know the student that just accosted them comes a well-rehearsed “Oh, everyone knows (insert unknown name here)”. One might be forgiven for believing that they actually do not think they are worthy of such an accolade, that they are harassed by such categorising… reader, that is only what they want you to think. By shrouding their status in mystery, they keep the myth of infamy alive. 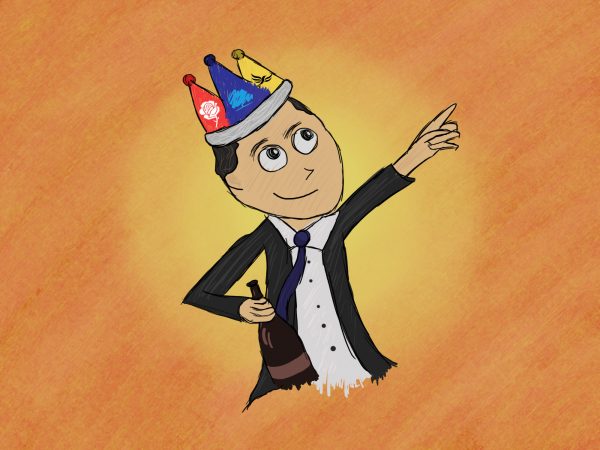 You see them at ‘Liberation and Liquor’ on Monday, ‘Champagne and Socialism’ on Tuesday, ‘Spirited Discussions’ on Wednesday, and ‘Port and Policy’ on Sunday. You begin to wonder if they’re politically confused or just an alcoholic. At first you wonder if they’re running in a Union election, but when the termly hack messages come around, they are shockingly not one of the senders. It’s always the same faces, poking out amongst the feminists and then hiding amongst the Tories. You wonder if they rehearse their scripts to recite ‘Fully Automated Luxury Gay Space Communism’ on the Tuesday and then “Sound!” and “Shame!” on the Sunday. Somehow, despite their inconsistent political views, they all seem to know each other, with Jamal crewdates exposing the intimacy of their cross-party coalitions. 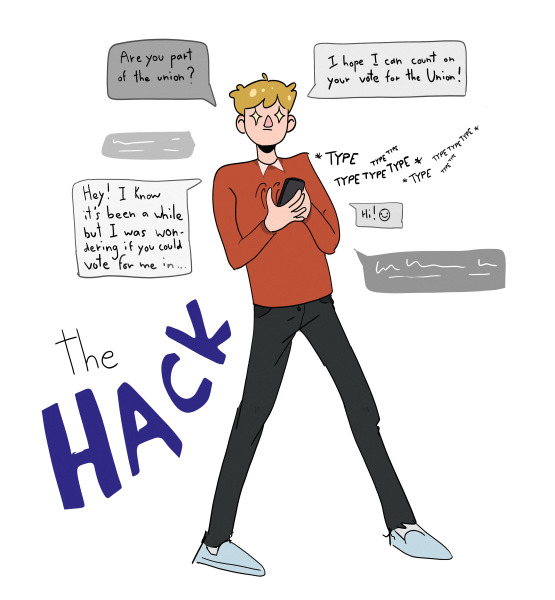 The easiest way to spot this type of BNOC is threefold: They have no actual common ground with the people they’re known to, reach for their phones immediately to add new acquaintances, and make awful slate-based puns under their profile pictures. Reader, whilst this is perhaps the most dangerous of all BNOCs described in this taxonomy, there is one saving grace: they only attack Union members. Upon finding out that you have not been duped into paying its extortionate membership fee, you may as well be a ‘No Smoking’ sign outside of the Rad Cam: irrelevant. They view the world in spreadsheets and would love to tell you about their lining.

The Big Name in College 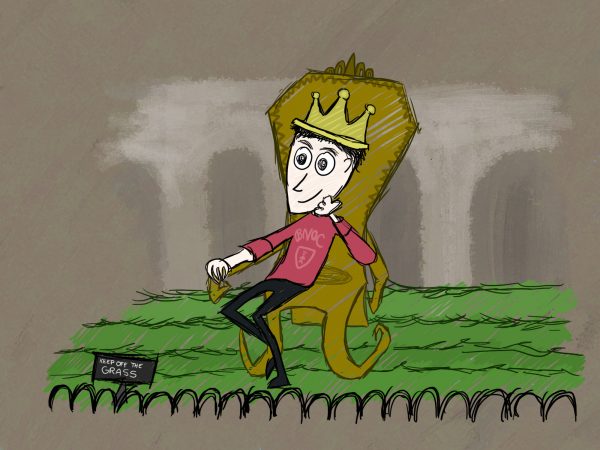 Everyone in your college knows them. They always go a little overboard with the bop costume and spam your Facebook notifications with their posts to the JCR. And this was even before they were on committee. Whilst you find yourself dancing with your small group at the bop, they’re like Mother Theresa, blessing every little clique with their time. A part of you wonders if they get paid for advertising ‘lost bopity’ – you hope that they do. Reader, this BNOC can be both a big fish in a small pond, vis a vis college life, and then a small fish in a big pond once thrust into the big wide world of OX1. They can turn out a bigger crowd to push through a JCR motion than can most paper speeches. Your college is their kingdom, and you are most certainly their subject. 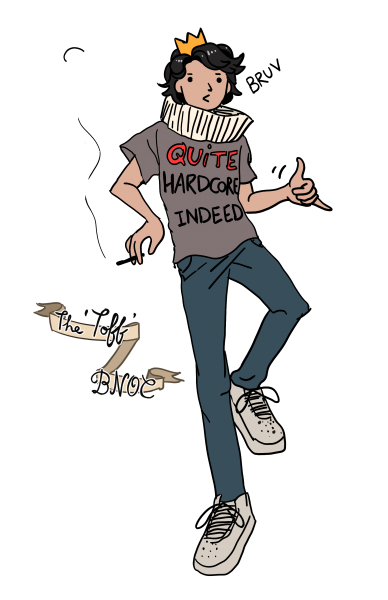 Cal Soc and Commem balls are bread and butter for the Lord Farquads of our university – and they often have the same haircut as the miniature tyrant of Duloc, although some have attempted to disguise themselves with a mullet to rival Rattus Rattus. A thinly veiled disguise of beaten-up air forces and stolen slang does little to mask their lineage. Rumours circulate about whether their Dad really did hide his money in Panama, but when anyone mentions their wealth, they remark that they’re ‘comfortable’ – their signet ring says otherwise. When you first hear their double-barrel surname murmured, often in tandem with speculation that they’re a member of Piers Gav, you mistake it for a college motto. 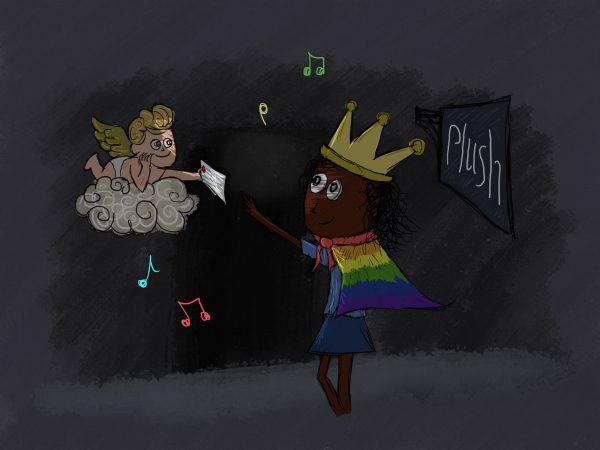 Whilst limiting the LGBTQ+ community to a single letter replacement within BNOC is somewhat weak form, it would be remiss not to include the more wholesome deviation to these infamous figures. Not only do they permeate your life with their sage Oxlove and Oxfess comments, but they are often the recipients of these anonymous confessions of love. Even if you’re not a devout attendee of Tuesgay drinks, they remember your name as they serve you something that hours later, you’re feeling the effect of. Plush may be considered their nest, as the Union is to hacks, but they are not so dependent on their hive as are the BoJo wanna-bes. There is an unabashed pride and transparency to these colourful BNOCs luckily not confined to a single month. 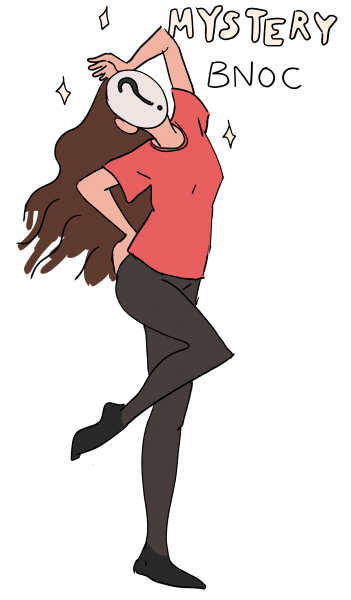 You’re not sure why you know who they are, or what college they attend, but these are the most elusive form of BNOC. They haunt the echo-chamber of Oxford like a ripe student scandal, yet to be exorcised from its hallowed halls. Not much can be said to describe them, for to do so would be to mock the very ambiguity on which they thrive.