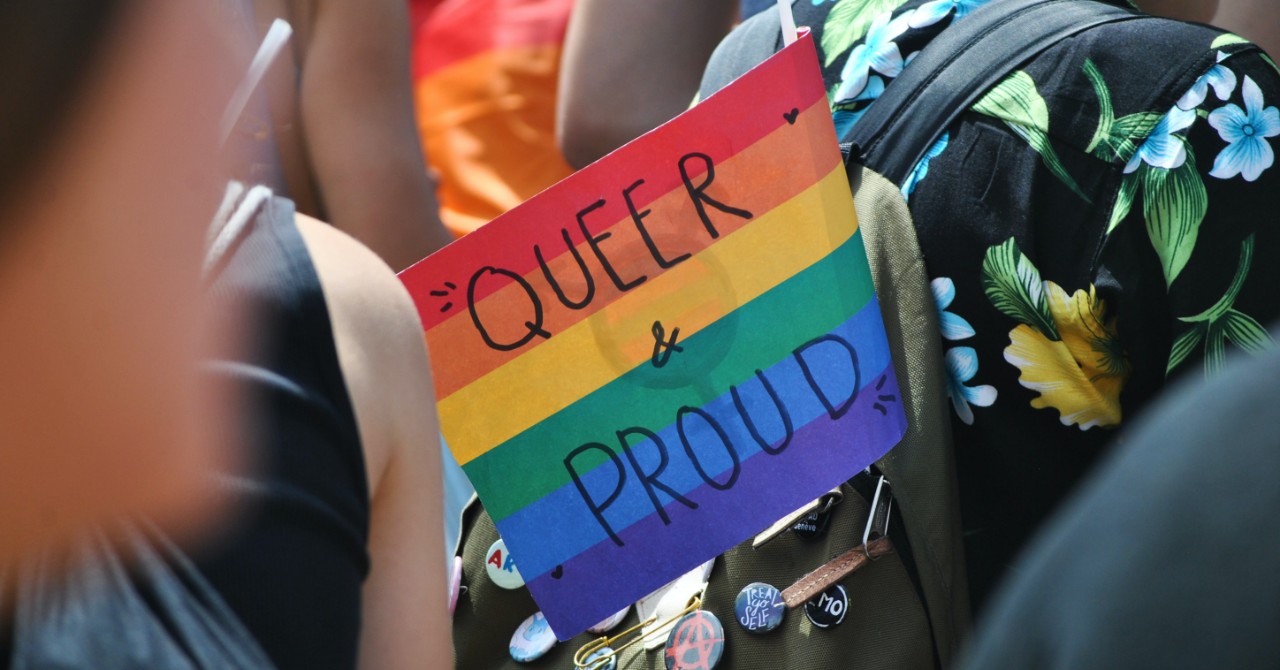 Is coming out still worth it?

Image description: a rainbow flag with the slogan ‘Queer & Proud’

The Albert Kennedy Trust (AKT), the charity for homeless young LGBTQ+ people, recently advised that young people considering coming out to their families should pause their plans as the restrictions in place to combat coronavirus could make a bad coming out experience a whole lot worse. A statement like this is striking when viewed against the landscape of increasing visibility and acceptance of queer identities across the media outlets that many of us consume, and in comparison to the prevailing experience inside university bubbles. However, the fact that publicly acknowledging your identity is a big enough risk that we’re now being warned against it does point to a picture that is a lot more complex and less tolerant than it can sometimes appear.

With tensions running high for almost everyone right now, there’s every potential for what is already a fairly emotional conversation to be further heightened. It’s worth noting that 24% of homeless young people identify as LGBTQ+ (see AKT’s report here) – a harsh reminder that there are still extremely damaging attitudes in the UK. With families isolating together, tensions are likely to be exacerbated. In times like these, getting space from a negative reaction to coming out may be almost impossible. With the current increased pressure on services such as food banks, homelessness is perhaps an even more desperate scenario than usual.

Even outside of corona times, when I talk about coming out with my friends, the idea that you shouldn’t have to come out at all comes up a lot. I often hear that, since it shouldn’t be the automatic assumption that everyone is straight and cis-gender, it could be validating that very prejudice to even accept the concept of coming out. And if you don’t want or need to be seen or treated differently, why bother?

There are important points to be made about the very real problems of conforming to a hetero- and cis-normative culture, and about the ways in which LGBTQ+ people and non-LGBTQ+ people are treated in our society. However, the idea that coming out isn’t important anymore is a viewpoint largely restricted to those who know that coming out won’t have consequences for them – positive or negative.

In my personal experience, the people who argue this viewpoint are usually cisgender people from widely accepting social and/or cultural contexts. As a trans person, one of the main motivators for coming out has always been that I do want people to treat me differently – it might feel weirdly personal to come out to your tutors and lecturers, but that was the only way I could get them to use a different name and pronouns. The fact that I need to ask people to actively change their perceptions of me makes coming out quite daunting. It’s also daunting for anyone who knows that coming out may cause hurtful or even harmful reactions, including the risk of becoming homeless.

Of course, it can be bad for your mental health to be in the closet. But it is also bad for your mental health to come out to people and for them to not accept you. The old balance of mental health vs. physical safety is a huge oversimplification of most people’s reality. The idea of being either in or out is largely an illusion anyway – a 2018 report from the charity Stonewall found that less than half of LGBTQ+ people felt comfortable being ‘out’ to their whole family. Even if you are comfortable with everyone knowing your sexuality or gender identity, it doesn’t happen all at once – and it doesn’t have to happen at all.

There’s no one answer to whether coming out is still worth it – it’s something that each of us has to evaluate for ourselves. If you suspect it may put you in a precarious physical or mental position, you may want to wait for calmer times. For many of us, coming out is necessary to feel that we’re living honest and authentic lives and that we can be seen as we want to be; if it’s less important to you, that’s ok too. In my view, coming out is still worth it – but under your own conditions and without compromising your own safety. Captain Holt in Brooklyn Nine-Nine was once given the line “every time someone steps up and says who they are, the world becomes a better, more interesting place.” It’s just important to time those steps forward for when they won’t make your world worse.