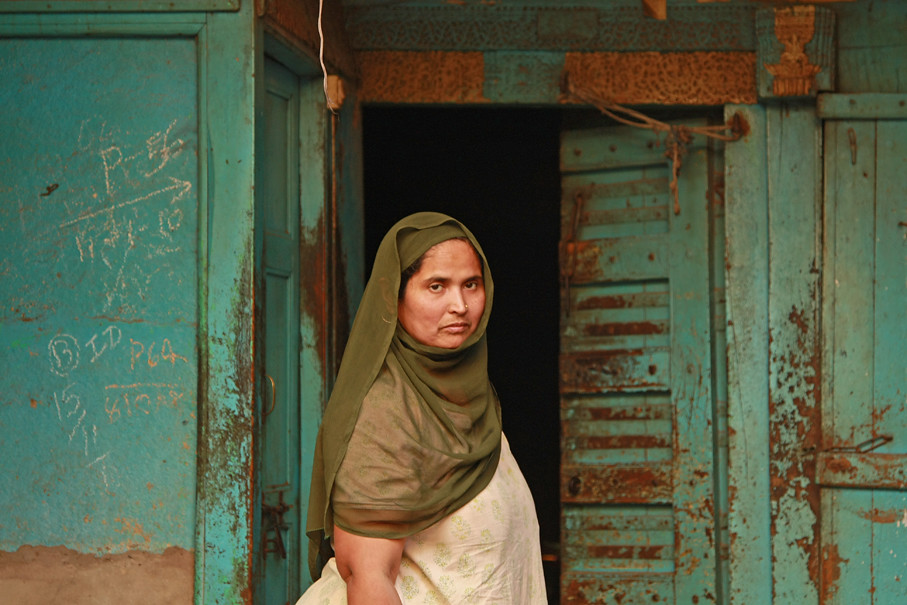 A few days ago I woke up to a headline which brought back the unforgivable discrepancy between how the majority and minorities are treated in India. This time, the place of divergence was a hospital: it was discovered that Civil Hospital, a public hospital in my hometown, Ahmedabad, had allegedly segregated Covid-19 patients by their religion. Since then, the government has denied this claim, though news sources such as Al Jazeera, Indian Express, and Scroll India had been amongst the first to publish it.

All over the world, the coronavirus crisis has highlighted inequalities in medical treatment. But there is a local history here which serves as a microcosm of what is happening in India at large. In 2002, Ahmedabad was the site of brutal communal violence in which an estimated 2,000 people – mostly Muslims – lost their lives, and nearly a hundred thousand were internally displaced. The police were indifferent to those being hacked to death, raped, and burned alive. In some cases, they gave mobs directions to Muslims in hiding.

A report compiled by Human Rights Watch in April of that year takes its chilling title – ‘We Have No Orders To Save You’ – from a statement made by a state official to victims desperately seeking help. But surely, one might ask, doctors were not complicit in this state-sanctioned butchery?

To which I can only say:

What is frightening about faith-based segregation in a hospital, aside from the gross inequality inherent in the idea? It is that this segregation characterizes Ahmedabad as a city. Schools, employers, and landlords discriminate blatantly against Muslims, a phenomenon which has led to Muslim ghettoization in areas that are underserviced by government facilities (in spite of residents paying the same taxes). A separate hospital ward would officialize the tacit difference with which Muslim patients are treated in any case. It saves times for those busy being selectively callous. If a nurse or doctor looked at a nametag before deciding how to treat a patient, they will now only have to look at a ward number.

I am not surprised to see this headline about my hometown, just as I am not surprised to learn that Muslims throughout India are being blamed for spreading coronavirus. This stigmatization of the community grew after a religious gathering organized by the Tablighi Jamaat in Delhi which was attended by foreigners and Indians alike. Twitter hashtags such as  #coronaJihad and #CoronaTerrorism have been trending, as have videos of Muslims supposedly spitting into food.

What gives me hope is the horrible irony that the coronavirus is the only thing that can prevent this from happening now.

A news channel recently correlated a gathering of migrant workers to the presence of a mosque nearby, though the gathering is another story, the offspring of another injustice, and has nothing to do with Muslims. What scares me even more is that I find my only hope now for the safety of Muslims in India in one strange, twisted truth: at other times, rumours such as this would have led to mob lynchings and the slaughter of entire communities, as happened in Gujarat, as happened in Muzaffarnagar, as happened in Delhi, as happened in countless unnamed places to particularly named people. What gives me hope is the horrible irony that the coronavirus is the only thing that can prevent this from happening now.

People are not allowed to gather in this lockdown, nor would they risk approaching those they vilify so vitriolically, because they may be ‘contagious’. Indian Muslims are the one community in the world which might be ‘protected’ in this way by the virus itself. What does this say about us as a country? And what can one make of the statement allegedly made by the doctor who was confronted on the matter of the segregated Ahmedabad hospital wards? Out of compulsion or complicity, or both, the doctor is alleged to have said: ‘It is a decision of the government and you can ask them.’

This is the echo of another sentence uttered eighteen years ago, one which has reverberated across these years for those who are forced both to listen and be silent: ‘We have no orders to save you.’

There is still dispute over whether the story of segregated hospital wards was true or false, but there is little doubt that the rumour reflects a larger reality. Doctors, nurses, and healthcare workers are undoubtedly the heroes of this moment: they are the ones risking their lives every day, and they have faced inexcusable social ostracism and violence in India by those who view them as purveyors of the virus rather than our chief protectors from it. It is crucial that we honour and support medical professionals, and that we condemn any sort of attack against them. But it is equally important not to fall prey to the stigmatization of an entire community by the media and by politicians, and to be aware of the increasing institutionalization of Islamophobia in India today.