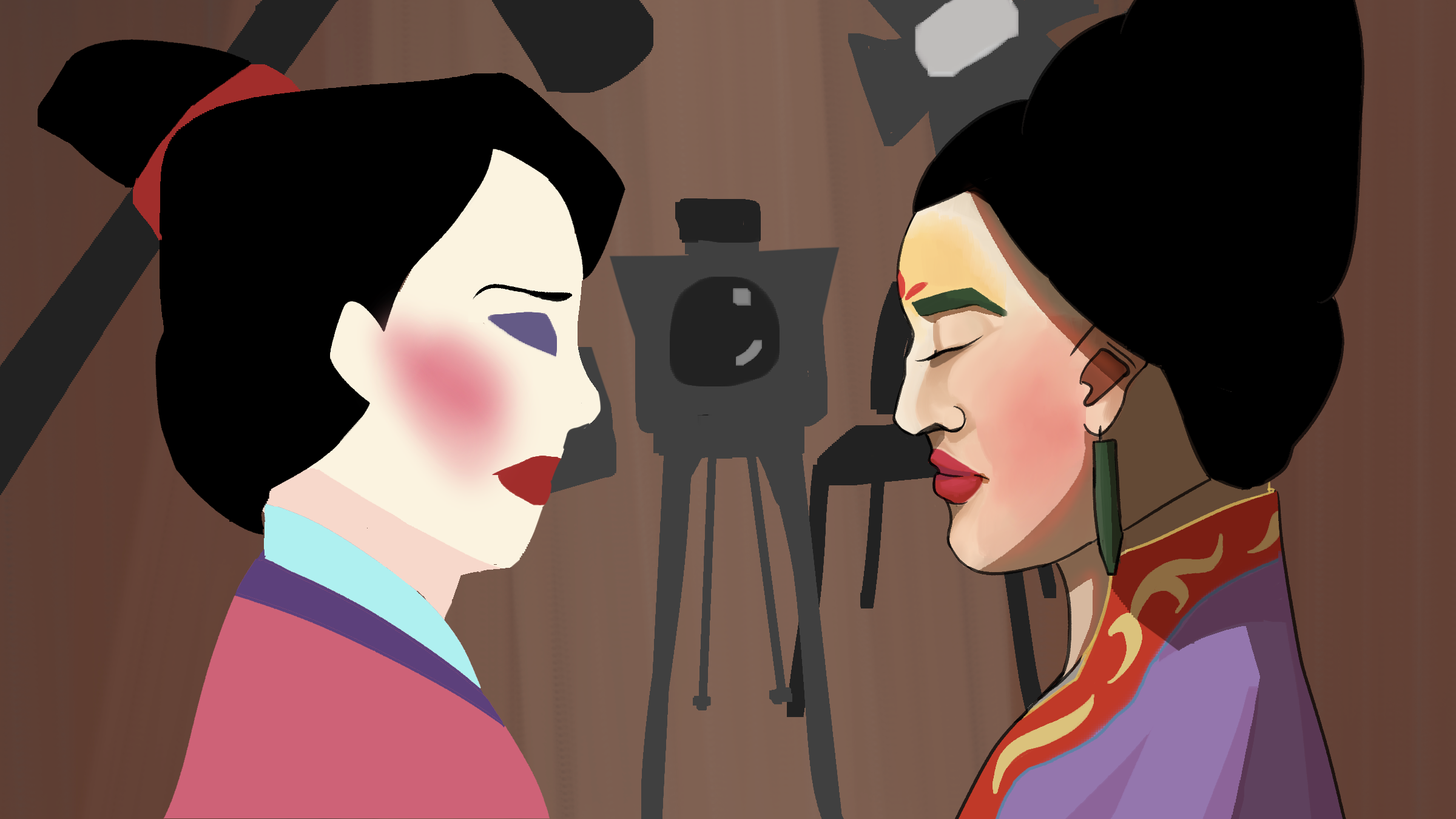 Image Description: A illustration of a scene from Mulan

Oh, glorious CGI! We are a slave to your technicolour dreamscapes, your larger-than-life monsters. It seems remarkable to me to re-watch the first Harry Potter film and realise that I am expected to be gripped by terror, watching that magnificent blue troll before me. It looks, in all honesty, a little juvenile. Like a troll doll. This is not the stuff of nightmares. J.K. Rowling, apologies might be necessary. Though, as a consolation, it was thoroughly enchanting when I was eleven.

Recently, it seems Hollywood has been afflicted by a particular disease that I have no patience for: The live-action remake. Technology has leapt through the vortex of time, with much more up its sleeve. “Let me at Aladdin!’, it says, screams reverberating down the corridors of nostalgia, ‘I’ll show you a real genie!”

I am here to ask, nicely, for this to stop. We do not desire remakes

I am here to ask, nicely, for this to stop. We do not desire remakes. We do not wish to revisit the movies that defined the crisp outlines of our childhood, but this time with a hyper-realistic Bengal tiger, tendrils of fur quivering through the Arabian breeze. Give me Jasmine in all her animated glory. Not Naomi Scott, as brilliant as she might be, with her embroidered sky-blue two-piece.

New ground is nebulous. It is difficult. But there is no reason to taint what is already wholly beloved

Look—I know that this might be exhausting. Thinking of a new plot that will enthral both child and adult alike is an ambitious endeavour. What is there to be done that has not been done already? New ground is nebulous. It is difficult, but this is no reason to taint what is already wholly beloved.

James Cameron had to wait ten years for his imagination to calcify into Avatar, and what a joy what was! Yet, he waited. He didn’t make an animation to infatuate us, to lure us into a sure-fire box office hit: all the while pacified with the knowledge that it would all be okay, and the narrative wouldn’t change. We didn’t have to envisage what Jake Sully would look like because we had Sam Worthington and his prosthetic legs.

We grew up watching Cruella and her luxuriant coat, without the involvement of PETA. We imagined Belle and her Beast, his cartoon embodiment translating just how hideous he was meant to be. The jungle that Mowgli crawled into that was laced with animated serpentine horror. Alice fell through that abyss of illustrated curiosity. Peter Pan soared to that second star to the right, with Hook’s bobbing cartoon ship in his wake. We loved it — we love it still.

Technology is a marvellous thing. The movies of today burst forth with gargantuan dragons, each scale reflecting a different angle of light. Magic is real, it is arcing across our telly screens. And yet, nothing, truly nothing, can replace cartoon Mulan: a warrior running through the snow-encrusted landscape, chest bound and tiny dragon in tow.

There is no need to prove yourselves, Disney, because we are already enraptured. Yes, a remake is a done deal, it is going to make millions. Yes, it offers you another shot at redeeming yourselves after the white-washing of your first go at Han Dynasty China, but is it worth tarnishing the fond childhood memories of millions? Leave the classics alone. Leave them be.

Instead, make new movies with different plotlines. Employ your diverse cast in fresh roles, as unknown characters. Make sequels, if you must (a la The Incredibles, less so Finding Nemo). There is no need to shake the foundation upon which we stand, a foundation built from sentimental tape cassettes of Winnie the Pooh and the Lion King. After all, Robin Williams will always be the voice to my bubbly caricatured genie.