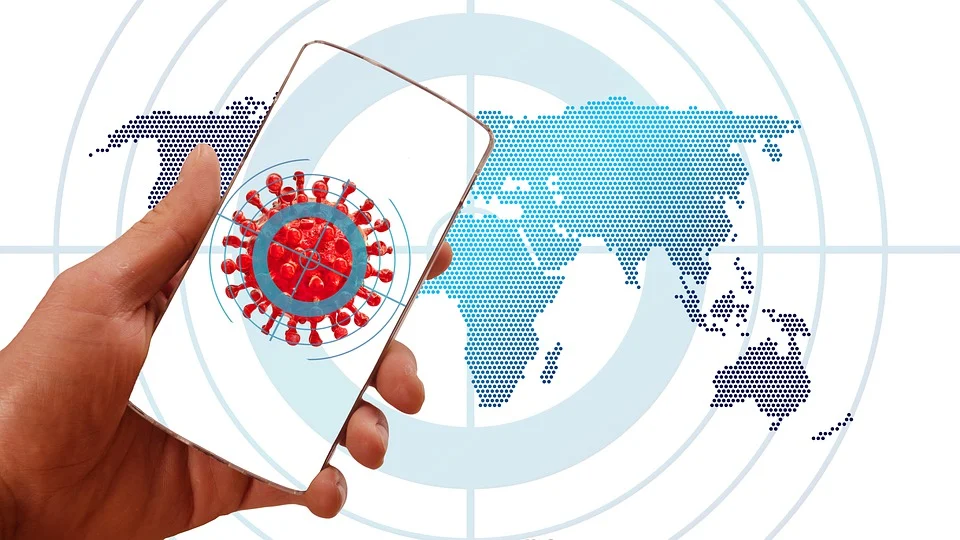 Will phone-tracing spell the end of lockdown?

On the 12th of April the Minister for Health, Matt Hancock, revealed that an NHS app was in development: “if you become unwell with the symptoms of the coronavirus, you can securely tell this new NHS app and the app will then send an alert anonymously to other app users that you’ve been in significant contact with over the past few days.” It is hoped that with increased tracing of COVID-19, the government can start loosening lockdown restrictions and restart parts of the economy.

The app is being developed by NHSX; a branch of NHS England devoted to app innovation. However, several establishments, including Oxford University have aided in the development of the algorithm.

Tracing features will work through Bluetooth LE, a standard feature that runs on most smartphones. This will keep a constant log of an individual’s proximity to someone else who has the app downloaded. If users feel like they have symptoms of COVID-19, they are encouraged to note this on the app. Close contacts to the individual will be informed, telling them to self-isolate. The hope is that the app will be available within the next coming weeks, and if there is enough engagement, lockdown measures can be loosened.

It is hoped that with increased tracing of COVID-19, the government can start loosening restrictions

Some academics are deeming it the only way to open the economy soon without risking a second peak of cases. According to Professor David Bonsall, a senior researcher at Oxford University’s Nuffield Department of Medicine, a successful app is “the only alternative to… applying isolation to the whole population.”

Others are sceptical, such as Natali Helberger, professor of information law at the University of Amsterdam: “apps are suggested and understood by many people as the magical silver bullet to opening up society again, which they’re not. We don’t know how effective they are, we don’t know what the side effects are, and we know apps alone can’t be the solution to this.”

Limitations and security concerns give us reason to be sceptical. Importantly, for the app to be successful in tracing the virus, at least 60% of the population will need to download it. This figure is far off the engagement level seen in other countries. For example, in Singapore which has developed the TraceTogether, only one in five have downloaded the app. With such limited data, very little progress can be made, as expressed by Jason Bay, Singapore’s government digital service senior director: “You cannot ‘big data’ your way out of a ‘no data’ situation. Period. Any attempt to believe otherwise is an exercise in hubris, and technology triumphalism.”

There are also significant reliability concerns. According to Lilian Edwards, professor of law at Newcastle, this can result in dangerous and fundamentally incorrect results: “some people will, with (sic) best will in the world, over-report symptoms, treating false positives, and some won’t report at all for fear the data might somehow be used to discriminate against them.” This variable response may result in many false positive and false negatives, causing distrust and perhaps abandoning of the app.

You cannot ‘big data’ your way out of a ‘no data’ situation. Period.

Perhaps the greatest concern to much of the population is the potential invasion of privacy through tracking an individual’s every move. These fears are exemplified by a report from The Guardian which revealed a draft government memo explaining how the NHS contract tracing app could be made “deanonymized” at some point. The vague memo reveals this could be done using device IDs, which are unique to all smartphones if the step is “proportionate at some stage”. However, the report does not specify under which conditions such an action would be “proportionate”.

The memo puts into question in what other contexts the government may trace individuals. Until only recently, Israel’s police used mobile-phone location data to enforce quarantine, arresting those who were travelling unnecessarily. Similarly, last month Slovakia passed a law allowing phone location to be used to track people in quarantine. Addressing these concerns, Matt Hancock affirms that “all data will be handled according to the highest ethical and security standards”.

It remains to be seen how effective tracing will be in the government’s toolkit against COVID-19. If all goes well, effective tracing and continued testing may mean that restrictions can be loosened soon, and some sense of normality can return.