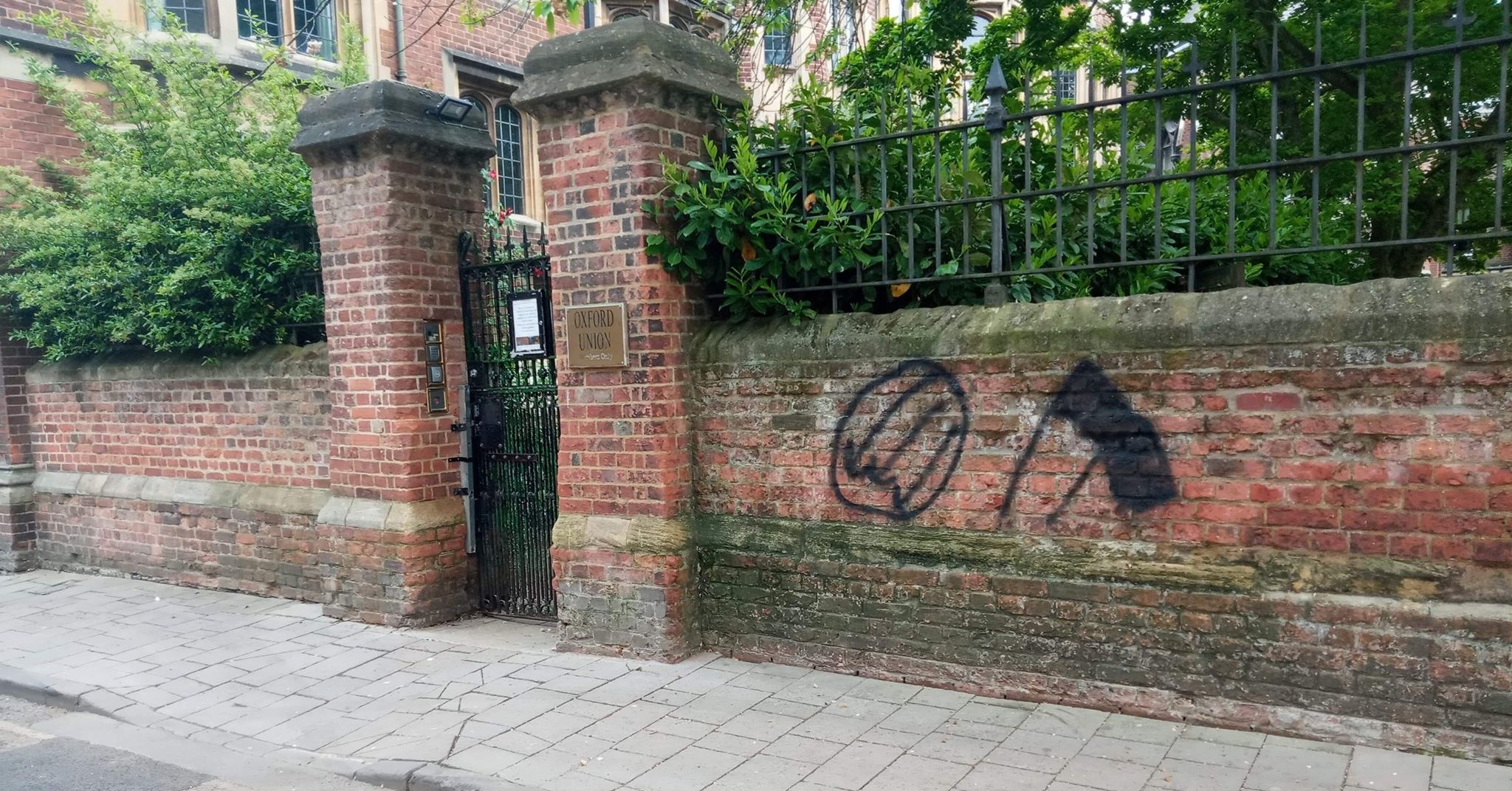 Image description:a black flag and three arrows symbol graffitied onto the entrance of the Oxford Union with black spray paint

A black flag and a three arrows symbol, both widely associated with anarchist and antifascist movements, were on prominent view besides the main entrance to the Union’s Frewin Court as of the beginning of the week.

The Oxford Student reached out to Oxford Anti-Fascists group who dismissed the graffiti and denied any involvement.

The Union has previously received criticism for its platforming of various controversial figures as part of its commitment to being ‘the last bastion of free speech’. A ‘Boycott the Oxford Union’ movement had been set up last year, triggered in part by the invitation sent to Katie Hopkins as a speaker in addition to other individuals which the movement considered to be ‘fascist and far-right’.

The graffiti follows the Union’s release of its term card on Friday, which will be presented in a podcast format in light of the current lockdown restrictions. The interview lineup includes celebrities such as Joanna Lumley and Prue Leith, as well as high profile US politicians including Senator Ted Cruz and Governor Jeb Bush.

Landslide victory for BoJo over Joe