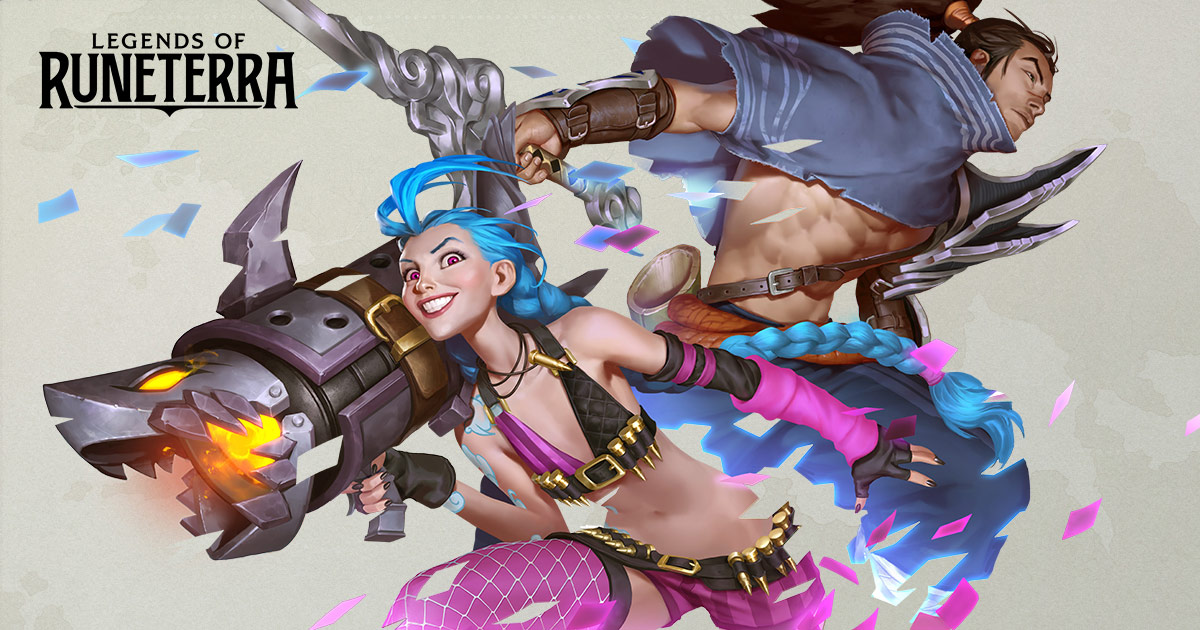 Legends of Runeterra (LoR) is a free-to-play digital card game set to officially release on Windows, Android and IOS on 30th April. It is Riot Games’ Hearthstone if you will, and a new injection into the card game genre that is perhaps overdue since Gwent and Shadowverse failed to topple Hearthstone’s dominant position, while Blizzard’s poster boy before Overwatch has largely gone stale.

Overview:
Legends of Runeterra, like other combative card games, pitches one player against another with their own deck of 40 cards. Cards are divided into different regions and have different themes based on their League of Legends lore. There are currently two modes of play, a Classic constructed mode where players can field any deck made up of cards from up to two regions in their collection, or the Expedition mode where players create a deck from randomized, limited cards. A deck is made up of ‘Followers’, basic units to build your board; ‘Champions’, stronger units that tend to define your deck’s theme; and ‘Spells’, cards that don’t come with a body on the board but affect the board state. The aim of the game is to deduct 20 health points from your opponent’s ‘Nexus’ through building up your board and destroying your opponent’s units. Unlike Hearthstone, LoR uses an interactive format within each round. Although only one player holds the ‘Attack token’, which means only they can attack and they act first, each action can be responded to by their opponent. Summoning a Follower or Champion counts as a full action and your opponent can respond after you do so. It gets more interesting with spells, which are classified into ‘Burst’, ‘Fast’ or ‘Slow’. ‘Burst’ spells are instantaneous and cannot be responded to, while ‘Fast’ spells can be used anytime but can be responded to and ‘Slow’ spells take up a full action as if summoning a unit, and cannot be used to respond to enemy actions. Using units or spells cost ‘Mana’, which increase by one each round so players can afford more expensive plays later into the game. One innovation of LoR is that unused mana can be stored as up to three ‘Spell mana’ that can be used later in the game, this allows for some strategies with conserving mana and less pressure to play on curve. 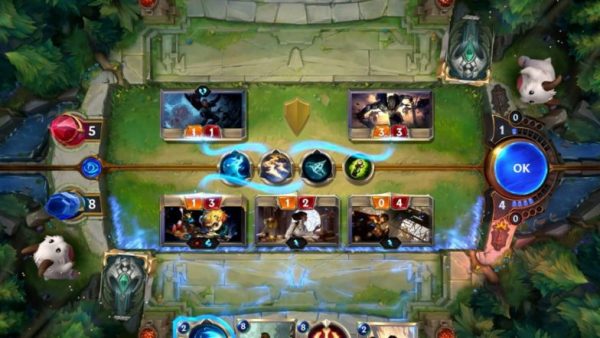 What a round in LoR can look like – Units attacking and blocking with spells flying everywhere!

Strengths:
The first and foremost is the genuine free to play nature of the game. You can earn experience through playing games and daily missions. Experience unlocks ‘Regional Rewards’ and ‘Weekly Vaults’, which guarantees at least one champion card a week. Some players in open beta have already unlocked all existing cards. This means, unlike many of its predecessors, players don’t have to spend loads to open packs and can access the cards that are strong relatively easily so the game doesn’t feel exclusive to those who pay. Secondly, Riot has always been good at keeping League of Legends fresh with constant balance changes and so far has done the same with LoR as well. With updates shipping once in a fortnight, underperforming or overperforming cards will be adjusted quite quickly so players aren’t frustrated about Druids for a full year (shout-out to all you HS players out there). Added on with the rich LoL lore LoR still has to explore (don’t read that out loud) and magnificent animations, it gives room for a rich, immersive and fresh gameplay experience for Riot fans or card game pros alike. The introduction of spell mana and the interactive format also allows for greater depth to strategy that should excite many mobile game players.

Weaknesses:
The format of the game can also be seen as one of its weaknesses. LoR seems to want to balance itself somewhere between the quicker pace of games like Hearthstone with the complexity of the OG Magic: The Gathering. This arguably leaves it in an awkward spot where it does neither well. This does stem a lot from the fact the game is still in its infancy, with much undeveloped potential within its existing infrastructure. Mid combat interaction and the design of units are still relatively basic, meaning it doesn’t quite live up to the promise of advanced back and forth gameplay just yet. Perhaps a more worrying and indicative limitation at this stage is card synergy. While all cards are divided into regions there seems to be little to no theme or cohesion within them, unlike Magic. A particular group of cards are designed around a particular champion, so each region feels more just like a compilation of different champion cults than a coherent theme. This means you are also stuck with the same few cards when trying to play around certain champions, with little flexibility to design your own deck or style of combat. Along with its release comes the first expansion of LoR, and so far that direction hasn’t seemed to be changed massively.

Conclusion:
While there are obvious shortcomings the game is still in early stages of development so the designers’ grasp of what’s needed should only improve over time. I think none of the weaknesses are inherent with the game infrastructure, but only a matter of the content the design team ships. The game still feels fresh at this stage but how they will maintain that remains to be seen. As Hearthstone, if anything, should serve as a cautionary tale to the limitations cardboard can bring to a game; and LoR has so far shared a similar trajectory, if not slightly underperforming, that of Hearthstone in its early stages. I would definitely recommend the game for all new players of the genre to try but will caution veterans not to expect too much just yet.