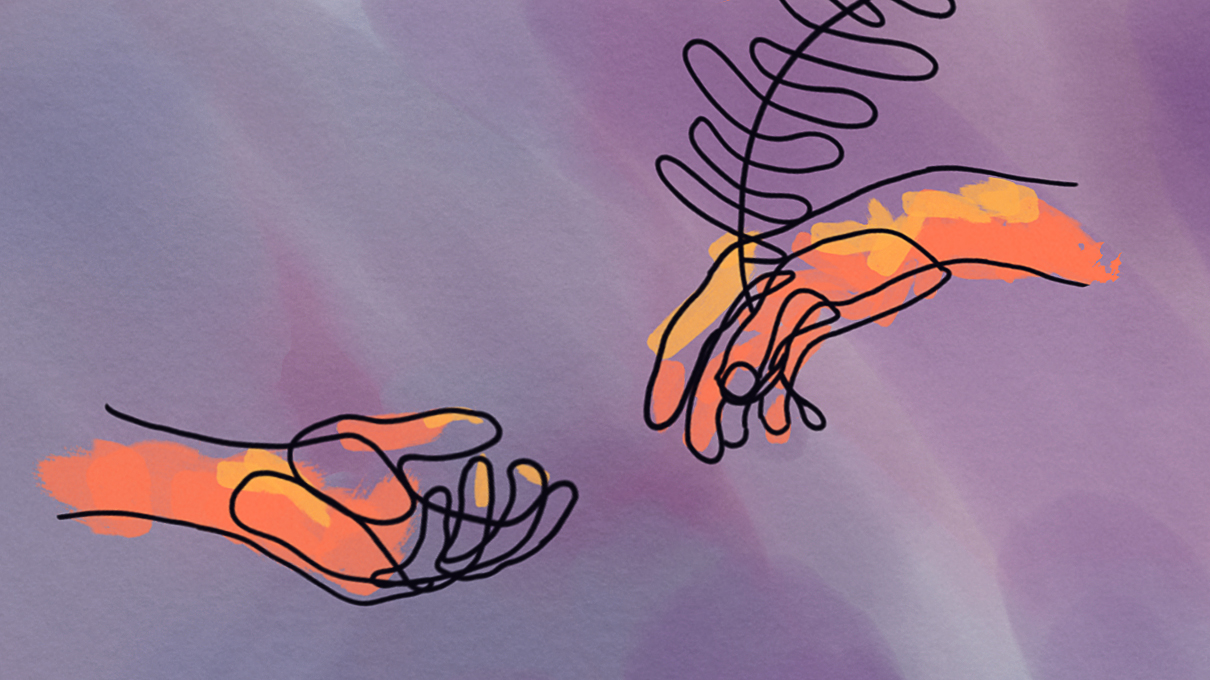 Poetry for a world on Pause

Image description: An illustration of two hands with one holding an ink pen

Though much has been said about our abbreviated attention spans during these days, if you find yourself unable to concentrate even on the latest book of essays by the corrosively delightful Samantha Irby or enjoy that ribald, irreverent biography of Princess Margaret that everyone was talking about a few years ago (let alone trudge through the marshy expanse of War and Peace), here are a few short poems to get you through this lockdown.

The steam hissed. Someone cleared his throat.
No one left and no one came
On the bare platform. What I saw
Was Adlestrop—only the name…

This poem is suffused with a sense of quiet and is an unknowing ode to a world that will never be the same again. Shortly before it was due to be printed, during the latter days of the first World War, Thomas was killed in action.

The sense of train platforms so deserted that you can hear a man clearing his throat is a painfully familiar one to us during this crisis. More poignant still is the sound of birdsong that would otherwise be lost in the noise of the crowd, the mellifluous notes of “all the birds/Of Oxfordshire and Gloucestershire.”

A terrible moment can sometimes bring out new details from a landscape we thought we knew: my father, who was in Mumbai during the 26/11 terror attacks, often recalls how it was the first time the sound of the sea could be heard in the suddenly empty city. The poem captures, with an elegiac and echoing tenderness, the beauty of all we took- and couldn’t help but take- for granted.

You couldn’t just drop in.  You had to phone.
He’d put you off an hour to give him time
to clear away her things and look alone
as though his still raw love were such a crime…

This poem is unbearable to read even during ordinary times, but there is an added ache to it now. We can no longer ‘drop-in’ to see how loved ones are doing, and we maintain distance with as much tenderness and care as we formerly devoted to maintaining contact. With his customarily unadorned, laconic lyricism, Harrison wrings out the sadness inherent in being helplessly severed from family and friends.

‘Those Winter Sundays’ by Robert Hayden.

I’d wake and hear the cold splintering, breaking.
When the rooms were warm, he’d call,
and slowly I would rise and dress,
fearing the chronic angers of that house…

Hayden’s poem is a bruising paean to all those we forget to thank; all those who set out for work each morning to ensure that someone sees the next one. The poem is addressed to the narrator’s father but could serve as an expression of gratitude to all the essential workers who make our lives livable during this fraught moment.

It is also a crucial critique of the system which has failed to make their own lives livable. Hayden was the first black American poet appointed as a consultant in poetry to the Library of Congress (a post later known as Poet Laureate). Though race is not mentioned explicitly in ‘Those Winter Sundays’ the condition of unrewarded work it depicts is inextricable from the injustices of racism.

It is another reminder that people of colour are being hit hardest by this crisis, and are contributing to its solution in spite of being so often unacknowledged, let alone thanked.