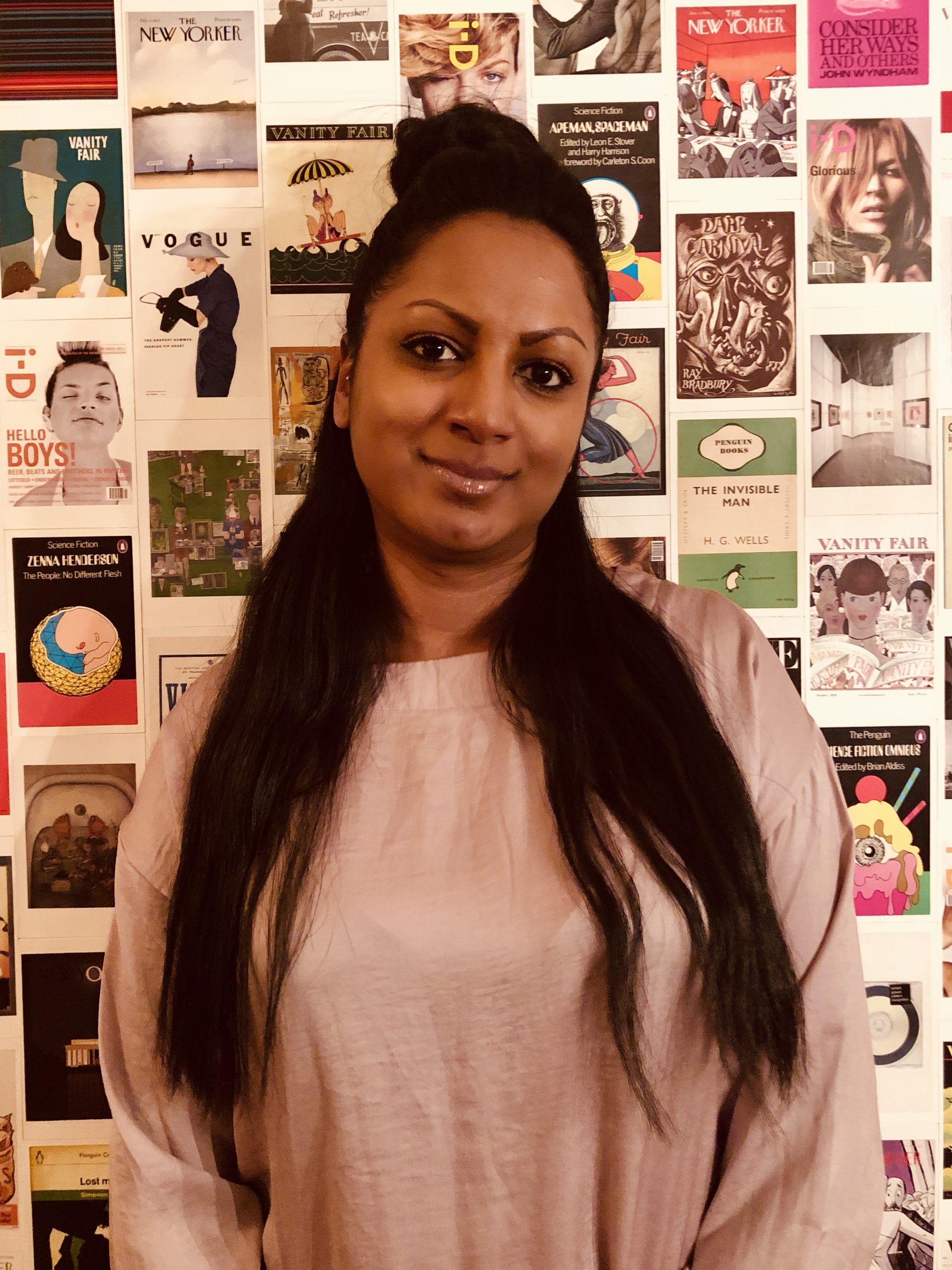 Sachini Imbuldeniya: the producer behind the poignant video ‘You Clap for Me Now’

Image Description: Photograph of creative director Sachini Imbuldeniya, producer of ‘You Clap for Me Now’.

Irrespective of the various, imposed-isolation activities Britons attempt to distract themselves with during the pandemic, one initiative encourages a weekly harmonious act of appreciation: every Thursday, at 8pm, we are all invited to ‘Clap for our Carers’.

The campaign, earnestly designed to promote a nationwide solidarity in support of key workers, has received an ambivalent response; some praise the unification it encourages in the face of adversity, others feel disillusioned, and, without belittling the act entirely, claim that the momentary performance is trivial in comparison to the health service which is sinking below a surface of reduced funding, exhausted workers and inadequate protection.

The ‘Clap for our Carers’ campaign, combined with an open brief from the United Nations calling for artistic responses to the spread of Covid-19, provided the perfect stimuli for creative director Sachini Imbuldeniya to produce the video titled ‘You Clap for Me Now’ which went viral within just twenty-four hours of it appearing online.

The video, which is accompanied by a poem written by Darren Smith, articulates the brutal, but very real condition faced by many immigrant workers in the health service that have suffered various forms of discrimination as a result of their ethnic background. Speaking to Imbuldeniya, she revealed that the inspiration behind the poem was an interview which Smith had conducted with her own mother who was a “Windrush Nurse” that had come from Sri Lanka to “fill the massive labour shortages in the NHS”.

Contrary to popular trajectories of increasing social harmony resulting from deeper cultural awareness and education, Imbuldeniya explained the uncomfortable disparity between the “welcoming and tolerant place” her mother found Britain to be in the 1960s, compared to our post-Brexit society which has witnessed the likes of “Nigel Farage and Katie Hopkins […] legitimise xenophobia and racism as being somehow mainstream opinions”. Such a regression led Imbuldeniya unable to “recognise the ‘open’ and ‘welcoming’ Britain” her mother had once “spoken about”.

When asked if she considers the ‘Clap for our Carers’ campaign important, Imbuldeniya answered: “It is a wonderful thing to stand at the doorstep and cheer on the front-line staff in the fight against Corona Virus. It inspires a warm feeling of community and solidarity and does much to help strengthen the fragile communities all around the country that without it would feel isolated and alone.”

“We cannot keep rewarding this bravery and sacrifice with mere applause. We owe more than our thanks – we owe decent wages, proper PPE and medical equipment. We owe unfailing support both now and after the pandemic is over”.

However, Imbuldeniya also declared: “We cannot keep rewarding this bravery and sacrifice with mere applause. We owe more than our thanks – we owe decent wages, proper PPE and medical equipment. We owe unfailing support both now and after the pandemic is over”.

Retweets from public figures (Sadiq Khan, JK Rowling, Gary Lineker to mention a few) in addition to a monumental 285 million worldwide views has left Imbuldeniya with a reaction she never could have anticipated. As the curator of the viral success, Imbuldeniya feels the response proves “that much of the UK – the world, in fact – recognises the value of people putting their lives on the line for the sake of us and our loves ones”. The producer admitted that the video has received a small number of criticisms claiming that the video is in fact “divisive”. Imbuldeniya stated that those responses “shows that there is work still to be done to eradicate race hatred in Britain”.

The video has been well-received across the globe, but Imbuldeniya explained that the “the most heart-warming message” she “received was from the head of diversity and inclusion at North Middlesex Hospital” who said that “her staff and patients loved the video so much that they are now playing it on repeat in their atrium”. And, most importantly, “watching it filled them with so much hope and positivity during this uncertain time”.

It is essential for viewers to understand that the video was not made with intention to undermine the ‘Clap for our Carers’ campaign, but to extend its impact, to (as Imbuldeniya articulates) “ensure that we don’t ever return to that divisive rhetoric that has discriminated against first-, second- and third-generation immigrants in the past”.

Imbuldeniya wants the video to remind viewers that amongst the clapping, discrimination still exists and that “although 47% of medical staff in the NHS are black and minority ethnic, over 70% of NHS staff deaths caused by Corona Virus are BAME”. Reflecting on the long-term impact of the video, Imbuldeniya vigorously asserted: “however we escape the grip of this pandemic – whatever kind of normal we return to when the lockdown is lifted – we must not return to those times that sought to separate our communities and people again”.

And so, Imbuldeniya’s message is clear. When the world is able to return to some form of normality, when isolation is no longer urged by the government and when the weekly 8pm round of applause filters into a silence – the appreciation and respect being paid to our key workers must remain loud, it must outlive this pandemic and it must forever change the treatment our health care workers receive.