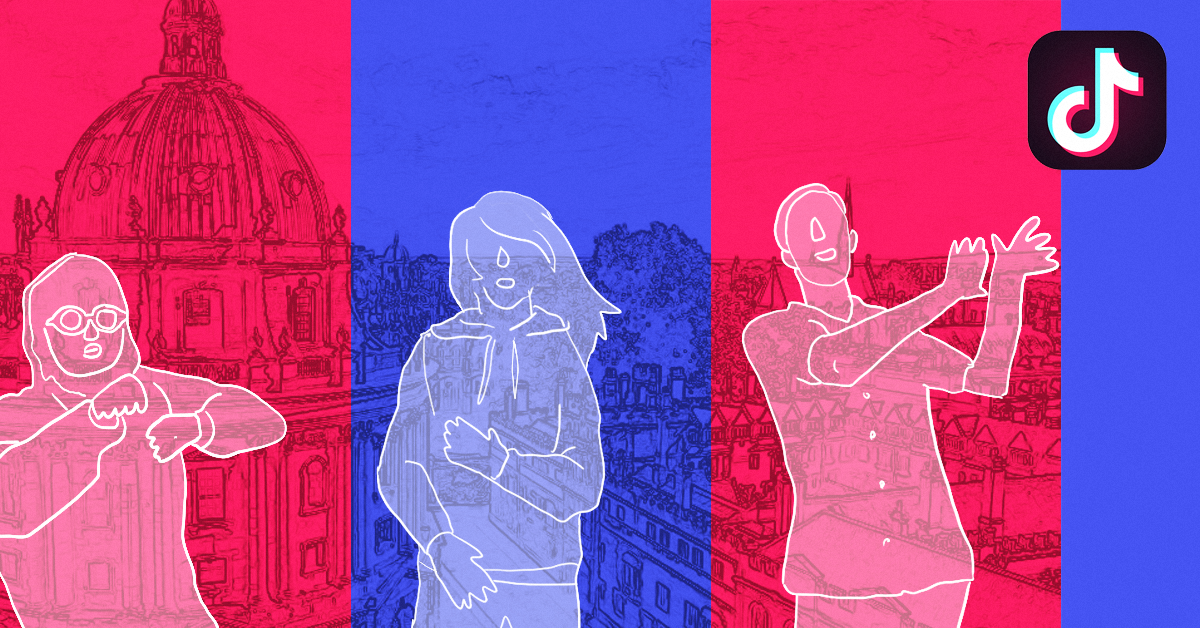 It’s the quarantine hobby we were too ashamed to pick up, but are now too entangled in to give up. It’s the source of those catchy songs ingrained our subconscious, whether we truly know the words or not. It’s TikTok.

Let’s be honest, you know the name by now, along with its numerous connotations both good and bad. It an app that currently rules supreme over our screen time, and is gradually spreading its wings in the music industry.

The app began as the far less popular musical.ly, until the Chinese corporation ByteDance took it and christened it with a name now all too familiar. With the imagination given free rein over tools such as filters, effects, and an extensive music database: creating a self-proclaimed comical masterpiece for your friends (or budding following) has never been so easy.

Although some have insinuated the app as an expertly engineered mind control tool, or a threatening conspiracy against national security, its genius lies in its algorithm rather than dark magic. Thanks to the combined effort of catchy hooks, and a system that promises the more you watch the more tailored to your taste the videos will become, TikTok is the new addiction that we will one day have primary school assemblies warning us against.

As a rare platform that allows people to see someone making it big, and then simply do so themselves, the app is like a biome in which thousands of likes can occur overnight unbeknown to the creator, without the need to build a following beforehand, and where the success of one video far from guarantees the success of the next.

To allow for this, and keep audiences entertained, the coveted algorithm searches for new videos rather than recycling old ones, and recognises popular song-video combinations before ensuing to incessantly shove them down our throats on the ‘for you page’.

TikTok is powered by trends and memes, but the soundtrack to a video is a component integral to its success. And with more users than Twitter and Snapchat combined, every video uploaded a is a free ad for the used sound’s creator, as well as a payment to whoever holds the rights to the track. Through this logic, TikTok has become an ingenious and modern platform for promoting music.

Yet, the songs are far more entwined in the video than as mere background. Instead, music is often the punchline or inspiration for the entire premise. Some songs are shared by many through the principle of recreating a dance craze and attempted secretly at home by many more. “Blinding lights” by the Weeknd and K CAMP’s “Lottery” are recent examples of songs with a distinctive rhythm and dance routine.

Riton and Kah-Lo’s label struck a deal with TikTok, who kept their song ‘Fake I.D.’ near the top of playlists to encourage people to use it in their content, and so the song got a second lease of life through its very own dance craze.

Other songs are remixed, and these parodies become as distinctive as the original. “Savage” by Megan the stallion took on the Tiger King meme, in a song that sums up a popular take away from the Netflix success perfectly for those yet to watch it.

Comedian Curtis Roach appealed to the unifying mood at present with his original “Bored in the house”, and even more topical is the infinite remix capacity of the BBC news theme tune, which in itself has become iconic as of late.

Tried and tested, this platform has an unprecedented effect on music sales, with roughly 2/3 of users being under 30, the demographic most likely to invest in new music. When considering the ways in which music benefits from an appearance on TikTok, it is worth breaking these 15-second snippets into three categories.

The first is songs resurfacing and enjoying a second life: 1980’s “Break my Stride” by Matthew Wilder, “Jump in the Line” by Harry Belafonte, and Hot Chelle Rae’s “Tonight, tonight” feature in this category, even if the majority of us can only bring to mind the same single lyric from each.

The second subsection is the most remarkable: up and coming artists enjoying a rapid rise to fame. An early and notable example was “Old Town Road” by Lil Nas x. This effect does not stop at the borders of TikTok but seeps into the wider world of music: the app acts as a stop of point before integration with the mainstream and the charts. Lil Nas X later re-entered the charts with Panini, another discordant integration of pop and country.

The app acts as a stop of point before integration with the mainstream and the charts.

Today, TikTok and the charts seem to move as one, with “Supalonely” by BENEE, “Roses” by Saint Jhn, and Powfu ft beabadoobee’s “Death bed” among the chart-toppers familiar even to those who do not frequent the radio. Arizona Zervas’ “Roxanne” benefitted from a 2,472% increase in monthly listeners on Spotify, Doja Cat’s “Say So” made it straight to the top ten, and “The Box” by Roddy Rich even knocked Justin Beiber off the top of the charts, despite this being Rich’s first appearance in the charts.

The music world is hard to break in to, and its undoubtedly a blessing that new artists are experiencing this novel route into the industry. However, it is worth noting that many of these artists were already somewhat up-and-coming, with labels and EPs fixed down.

One thing that this category has proved: the catchier a song the better, thus inspiring the third group.

No commentary on TikTok can be complete without paying attribute to “Toosie slide”. This track released to the charts AFTER being borne on the app. The Hip-Hop dancer Toosie danced to a part hook part tutorial by Drake, and so the dance was viral before the full song was released let alone heard, propelling the track straight to the top.

Drake knew the power that we as TikTok users have, to decide from our sofa’s whether a song is worthy of distinction and amplify a track’s success, so why wait for the track to be out?

Since 2019 the app has been revolutionising the workings of the music industry, but it wasn’t until 2020 that the new territory of songs made with the app in mind emerged, a new dynamic that worships the sway of TikTok.