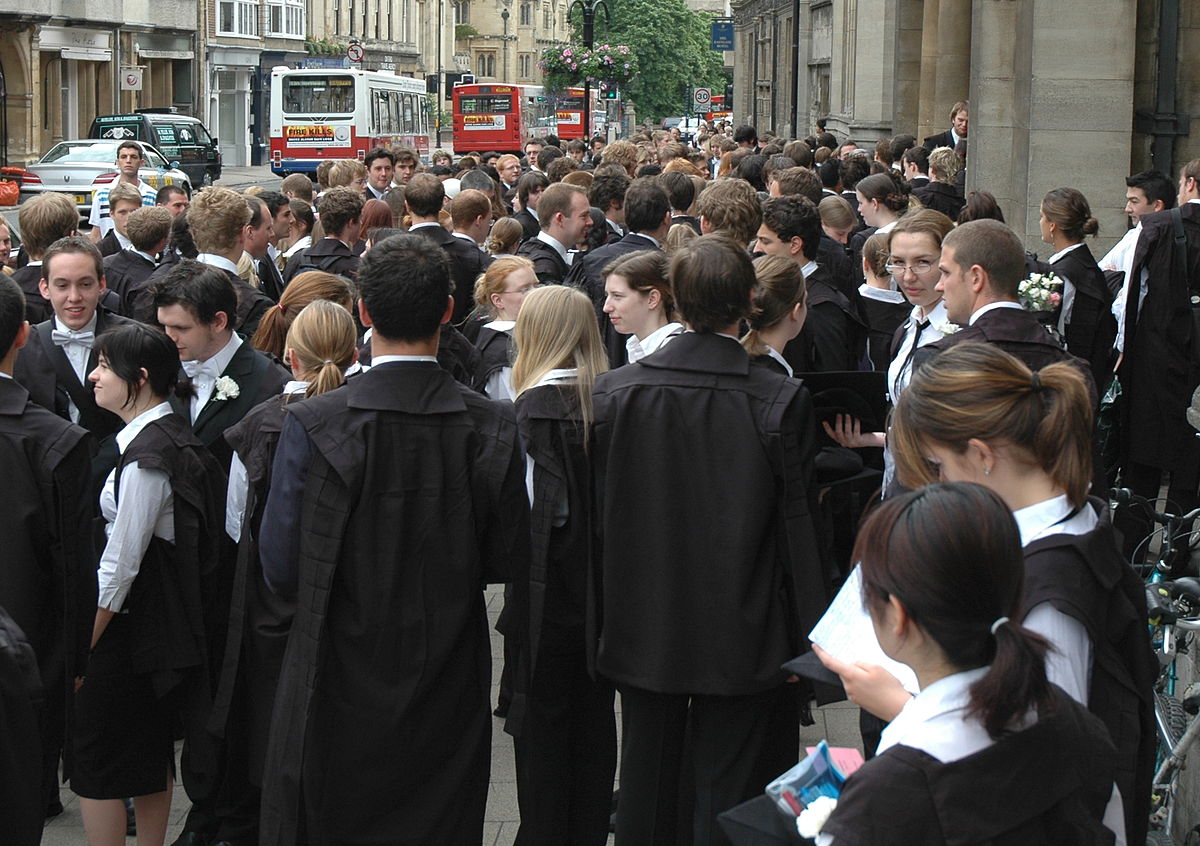 The Oxford SU’s recent motion to issue an amendment to make lecture and tutorial content “prejudicial on the grounds of race, religion, disability, sexual orientation, gender identity, cisgender/transgender status, or socioeconomic background” non-mandatory has sparked much controversy in the press. I have several concerns with the way many individuals have reacted to the motion, specifically regarding claims of censorship. I believe that much of the criticism hurled against the motion stems from a fundamental misconception of what it aims to achieve. Moreover, I would like to outline what I believe is the correct interpretation of the motion.

First, let us consider what the motion sets out to do: to modify the handling of sensitive topics in academic settings. The SU motion itself gives the example of the Jurisprudence FHS option Medical Law and Ethics. One of the listed readings is an article by Julian Savulescu entitled “Procreative Beneficence: Why We Should Select the Best Children”. This article, as its title might suggest, offers a blatantly ableist perspective on reproductive autonomy. In fact, the very first word of the article is “Eugenic”. Understandably, presenting such an article to an individual with a disability may be distressing.

Furthermore, it appears that the motion’s speculation that such titles are distressing to certain students was not without foundation. In a recent Oxfess, an anonymous student shared their experience of having to divulge sensitive personal information to a tutor in order to explain why certain material was triggering for them. The student described the experience by saying “Neither of us enjoyed it.” What I infer as the intention behind the SU’s motion, therefore, is a desire to avoid such distressing situations. To avoid situations which are not at all beneficial to the intellectual growth of the student or the tutor.

Now, I expect that some readers may now be hurling the “sensitive snowflake” defence at the example listed above. Many other individuals who have already responded to the SU motion have argued that university is a place where students should be challenged about their preconceived beliefs. Such individuals would, I am sure, argue that cases of being triggered merely reflect an individual’s unwillingness to consider new ideas. And certainly, I think we have all encountered cases in which we are debating something, and our opponent refuses to acknowledge a valid point we made by creating a diversion, perhaps by means of an ad hominem attack. I am not trying to argue that human beings are perfectly capable of acknowledging their own hypocrisies or inconsistent beliefs. Clearly this is not the case. I would argue, however, that in the case of minority groups, such a claim is completely unfounded.

The question that I believe proponents of the snowflake argument fail to ask is why particular content may be triggering to individuals of minority groups. For one, it seems ludicrous to me to argue that triggering content challenges people in any constructive way. I, for one, do not believe that a person with a disability stating their belief that “People like me deserve to exist” would benefit from an article whose thesis is that “People like you should be prevented from existing.”

In a recent Oxfess, an anonymous student shared their experience of having to divulge sensitive personal information to a tutor in order to explain why certain material was triggering for them.”

On an intuitive level, I hope anyone reading this agrees with me. However, if you do not, I would urge you to consider the lived experiences of minority individuals. I would argue that the reason why the type of content the SU describes can be so triggering is that it is something that minority individuals have already been exposed to repeatedly. And that is without taking stock of the many associated negative memories.

Let us continue with the example of the article advocating eugenics. A person with a disability may have been judgmentally questioned numerous times when they expressed a desire to have children. This kind of social ostracization is what often creates what I consider understandable discomfort around the topic. Now, even if you do not agree that such a person’s discomfort is well-founded, the argument that the SU’s motion should not have been passed because it prevents students from being exposed to such topics is still not valid. After all, minority individuals have often been forced to face these topics for years simply by virtue of who they are.

I hope I have made enough of a case that triggering content is not beneficial to the intellectual growth of minority students. The question of how the SU’s motion may have created a dangerous precedent for academia, had the university accepted it, remains. Critics of the motion have argued that it prevents tutors from discussing important but sensitive topics in an academic setting. These topics include but are not limited to eugenics, women’s suffrage, and slavery. Again, I believe that such an interpretation misconstrues the original intent of the motion. The motion merely says that such content should not be made mandatory.

On this matter, I can speak from some personal experience. As a psychology student, my lectures have occasionally covered sensitive topics such as various mental conditions. Some lecturers have included trigger warnings before sensitive content and reassured students that they may step outside if they find the content too distressing, while others have not. I sat through both kinds of lectures and can say from experience that the quality of my learning was unaffected by the trigger warnings. And neither were the lecturers prevented from presenting the topic because of said trigger warnings. From the perspective of someone who has experienced some practical implementation of what the SU suggests, I believe its effects may be more minor than what some might expect.

Critics of the motion have argued that it prevents tutors from discussing important but sensitive topics in an academic setting. These topics include but are not limited to eugenics, women’s suffrage, and slavery. Again, I believe that such an interpretation misconstrues the original intent of the motion. The motion merely says that such content should not be made mandatory.”

However, the issue is, I admit, more complex in regard to tutorials and examination content. It is much more difficult to justify absence in a full tutorial or to be excused from an exam because of potentially triggering content. In this regard, I do think the SU motion merits criticism. What I find to be the main issue with the motion is that it gives no practical guidance as to how to make prejudicial content non-mandatory. This is, I believe, why so many people have readily interpreted that there is only one solution to dealing with sensitive topics. They believe that the solution is to remove them completely from the syllabus. I do not think this is the case.

Referring to the Oxfess I mentioned earlier in this article, the author suggests that “a tutor might explicitly frame the discussion around helping the student articulate what is wrong with the [prejudicial] view”. I would also suggest that tutors can be careful in selecting readings according to the way in which they present sensitive topics. Let us take another look at the reading list for the Medical Law and Ethics option. Student council notes in their motion that there is a blatantly pro-eugenics article, “Procreative Beneficence”, on the reading list. What they fail to mention, however, is another article on the reading list. “Why we are not morally required to select the best children: a response to Savulescu” directly critiques the former. I would argue that such response articles offer a useful tool for learning about prejudicial views without being directly exposed to what makes them so triggering.

As I mentioned earlier, I believe that many minority people may come to be triggered by topics relating to their identities because they have been othered because of them. Such response articles defend rather than attack such identities. Contrarily, they still tackle the arguments of those who espouse prejudicial views directly and may, therefore, offer a way of presenting such views in a helpful way. I do not believe that articles such as “Procreative Beneficence” should be completely removed from reading lists, but rather included as additional reading. Perhaps they could complement articles such as “Why we are not morally required to select the best children”. I am sure there are countless other suggestions about how to deal with these topics in more sensitive ways. However, I think such examples as given above suffice for the purpose of this article.

I do not believe that the SU’s motion is without its flaws. Nevertheless, it has brought to light the important question of how we deal with sensitive topics. Some content that is currently mandatory is triggering, and it is not beneficial to the learning of the affected students. I hope that much is clear. The SU, noticing that this issue exists, has suggested how to fix it. But as many of the motion’s critics have made clear, the lack of detailed guidance by the motion is troubling. They have not advised how we might practically implement more sensitive ways of dealing with these topics. This leaves the motion open to the most extreme interpretations of its guidelines, which can, in fact, be called censorship.

I do not believe that articles such as “Procreative Beneficence” should be completely removed from reading lists, but rather included as additional reading. Perhaps they could complement articles such as “Why we are not morally required to select the best children”. I am sure there are countless other suggestions about how to deal with these topics in more sensitive ways.

As I have suggested, however, there are other alternatives for how to better navigate triggering content. This must continue to be an ongoing discussion between the SU and the University. For those students who are affected by this issue will not be receiving the kind of education they deserve until it is resolved.