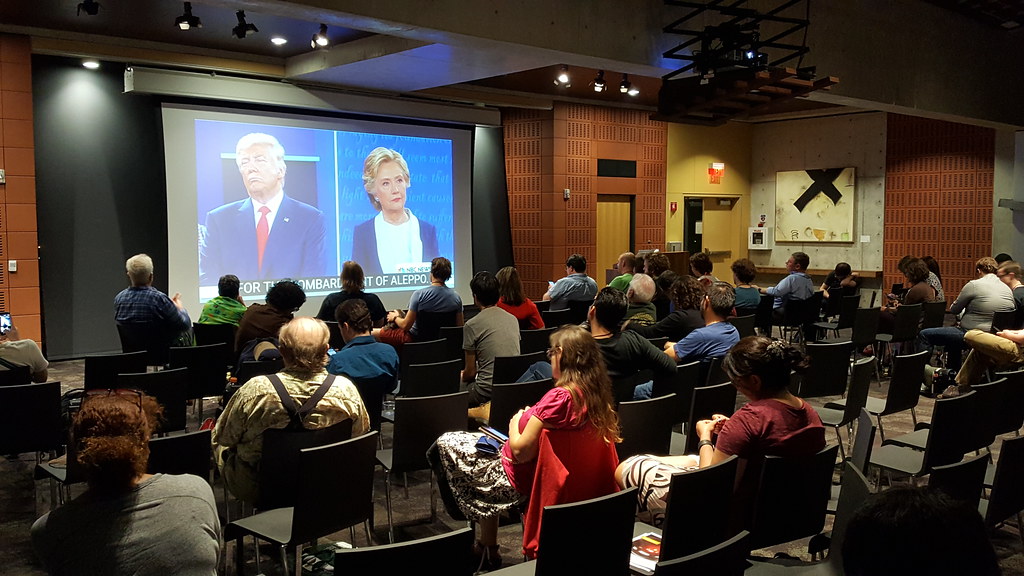 Are you left-wing or right-wing? Probably both.

I’ve always found the left-wing/right-wing distinction overly reductive. It seems absurd to me to map out an outstandingly wide-ranging set of policies across a one-dimensional axis. How can my views on education, health, foreign policy, ontology and ethics be captured in one category?

The corona crisis has made this all the more evident. The unprecedented volumes of stimulus and debt-issuance by Republican, Tory and Eurocratic governments has turned monetary and fiscal policy inside out. Suddenly, parties that defended a “minimum state” for decades are deploying $3 trillion, €1 trillion, or £330 billion packages – depending on where you look.

That being said, there is an undeniable sense that the left-right distinction captures some kind of fundamental difference between political orientations. This article is my idiosyncratic attempt to capture what this left-right divide refers to today, as of 2020.

The left-right distinction is a useful heuristic which enables conversations to unfold across large populations. It creates a common ground, without which meaningful debates would be borderline impossible.

As I see it, there are four dimensions to today’s left-right distinction. Each dimension is expressed in current policy debates. And each dimension raises questions which I encourage the reader to answer. I hope to show that there is nothing contradictory in being leftist in one domain and rightist in another.

Before I explore the four, let me add two disclaimers. First, obviously left-right is a continuum and people are distributed across the two ends of the spectrum, these are not discrete boxes.

Second, what it means to be in the Left or Right changes across space and time. The left-right dichotomy in the US is radically different from the one in China. Identity politics is a prominent issue in the former but not the latter, for instance. Not to mention that the spectra in the two countries are so different that a right-leaning Chinese person would be considered a socialist, if not a Commie, in the US.

Equally, what made you a leftist in 1750s France is different from what we associate with the Left nowadays. Whereas Left originally meant being in favour of the Republic, nowadays to be left-wing can mean four distinct things.

Coronavirus has reinforced the salience of the nation-state as the ultimate unit.

The first dimension relates to the presence of the state. The Left is pro-state intervention. The Right supports a laissez-faire approach. Debates about universal basic income, taxing multinational corporations (MNCs), education funding, healthcare, and privacy are manifestations of this dimension. The corona crisis has put laissez-faire into question – but it is too early to tell how much it will change in the long run.

The questions that spark debate in the first dimension are multiple. Can the state be trusted to regulate people’s lives? Is the state’s responsibility to level the playing field or to maximise freedoms? What domains of life primarily belong to the individual, what domains belong to the community? Is there a trade-off between security and freedom – how should the state deal with it? Anti-lockdown protests in the US and UK, for instance, map onto this dimension – where one key organizer has cried for “more liberty to get back to work.”

The second dimension relates to the reference point from which political interests and priorities are formulated. The Left thinks from a cosmopolitan view of internationalism. The Right sets the domestic state as its epicentre.

This second dimension is most evident in migration debates. Does a state’s responsibility lie with its own citizens or humanity as a whole? It can also be found in discussions about foreign policy, globalisation and the environment. Do states have a responsibility to protect other states? How should a post-colonial global system be structured? Coronavirus has reinforced the salience of the nation-state as the ultimate unit. Even in the EU, the response was uncoordinated and primarily national – as captured by Germany and France’s initial refusal to export masks to other member states.

The third dimension is ontological. The Left is post-positivist – it views the world in terms of relational and uneven power relations. The Right subscribes to positivist views of ontological units as discrete entities.

Can the state be trusted to regulate people’s lives? Is the state’s responsibility to level the playing field or to maximise freedoms?

This third dimension mainly unfolds in the world of identity politics. Does politics unfold through class, race, and gender? Should present members of historically underprivileged classes be compensated today? Is the nation-state a legitimate construct? What are Western or Enlightenment values, and should the state uphold them? Is there such a thing as truth? Singapore’s unequal treatment of migrant workers during the COVID-19 outbreak reveals underlying assumptions about who the state’s primary responsibility lies with.

This fourth dimension maps neatly onto various ethical issues. What is the role of history for citizens? What is the role of religion in modern-day society? How should a state deal with its colonial legacy? Debates about abortion, genetics often unfold along this dimension too. In corona times, the heated debates about church closures in Brazil illustrate these very questions.

So, where are you? Maybe pro-state intervention and cosmopolitan, yet deeply convinced of tradition and atomistic ontology? Maybe you have total coherence?

Obviously, these dimensions can coexist. As such, a preference in one influences your position in the other. For instance, your view of the past will influence how much you value tradition and, by extension, your position on affirmative action. This means that there is a general tendency for people to have an overarching coherent position across all four dimensions.

Nevertheless, I don’t see any inherent contradiction in being both in the Left and in the Right. It ultimately hinges on what question and issue you are dealing with. If anything, to hold “contradictory” views is often a sign that you are not being ideological.

The left-right distinction is a useful heuristic which enables conversations to unfold across large populations. It creates a common ground, without which meaningful debates would be borderline impossible.

However, left-right must be seen as only that: a heuristic. As much as it enables debate, it also blinds us. We assume instead of listening, simply because the other is an “emotional social justice warrior”, or a “bigoted nationalist”. As university students, we ought to think beyond those boxes.