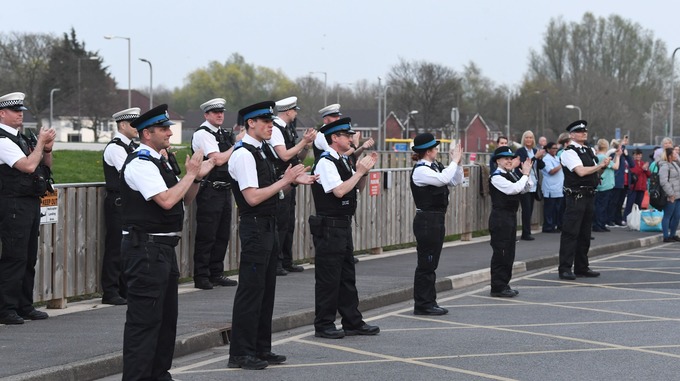 The Proper Way to Show our Appreciation

Every Thursday at 8pm millions of people take to their front doors to ‘clap for our carers’ and other key workers in an act of symbolism, an act that is supposed to demonstrate the nation’s appreciation of the 7.1 million key workers that are keeping Britain running during the Covid-19 crisis.

Although we are ‘not out of the woods yet’ (a fact we are repeatedly reminded of), there will eventually come a time where we will be able to venture beyond the confines of our own homes and slowly reconstruct our lives brick by brick. Perhaps the word reconstruct is misleading – it suggests that as we emerge from this disaster, we should be content to return to our old lives and old society. It suggests we will forget that in 2020 at least 896,000 people worked on zero hours contracts and 19% of employees were paid below the living wage.

The social care industry, consisting of approximately one million workers, helps to form the backbone of our nation and provides invaluable assistance to vulnerable individuals in need. Yet the past ten years of austerity have stripped the sector (as well as many others) of vital resources and funding, leaving approximately half of social care workers earning below the living wage.

During the Covid-19 emergency, social care and other key workers have stepped forwards to undertake work that is both vital and immensely risky in the face of insufficient support, advise and PPE (Personal Protective Equipment) to guarantee their safety.

On the 15th of April Matt Hancock announced that our nation would pay tribute to the sacrifice of care workers by raising the sector’s profile through the development of a “new brand”. This development would be marked by the promotion of the ‘Care Badge’, aiming to provide a ‘unifying symbol of pride in our social care champions’.

Attempting to boost morale is doubtlessly a worthwhile pursuit when so many are suffering so greatly. However, initiatives that are hollow when implemented in isolation such as ‘Clapping for Carers’ and the Care Badge scheme can be viewed in a far more sinister light. Allowing ourselves to be swept away by what appear to be well-intentioned measures without demanding fundamental change is dangerous – it has the potential to allow society to gloss over its real, deeply rooted issues in a way that has startling parallels with the Orwellian phenomenon of groupthink.

I optimistically hope we all agree that the courage of key workers must be commemorated. Yet surely there is nothing more patronising than telling individuals who have given so much that they are to be rewarded with a badge and a clap? As national officer of the GMB union Rehana Azam noted, a ‘pat on the head’ simply will not cut it.

Instead, we should show our appreciation for key workers (and indeed all workers) by majorly reassessing the pay, working rights and protections that they deserve to receive.  A good place to begin would be to grant all frontline staff (not only those who work for the NHS and in the social care sector) life assurance, heeding to the requests of employees and unions.

In light of the deaths of over 100 healthcare works in Britain, the government has granted this assurance to employees in the healthcare sector. But there are also many other key workers have also passed away as a result of Covid-19, begging the question: why do their families not receive equal protection?

In the longer term, it is vital that we show our appreciation for our healthcare and key workers by promising them real change: a promise that they will never again face cuts in their real wages, be forced to take on insecure zero hours contracts. We need to promise that never again will the country step back and allow the support for their sectors to collapse as CEOs’ and bankers’ salaries inflate. It is instead imperative that we commemorate the workers who give so much to us all by increasing their pay, their protections and their rights.

Empty rhetoric claiming compassion and appreciation does little to tackle the burning inequalities and injustices within our society and it is crucial that we show our deep gratitude through tangible, impactful change. After all, the old saying runs true: actions speak louder than words.