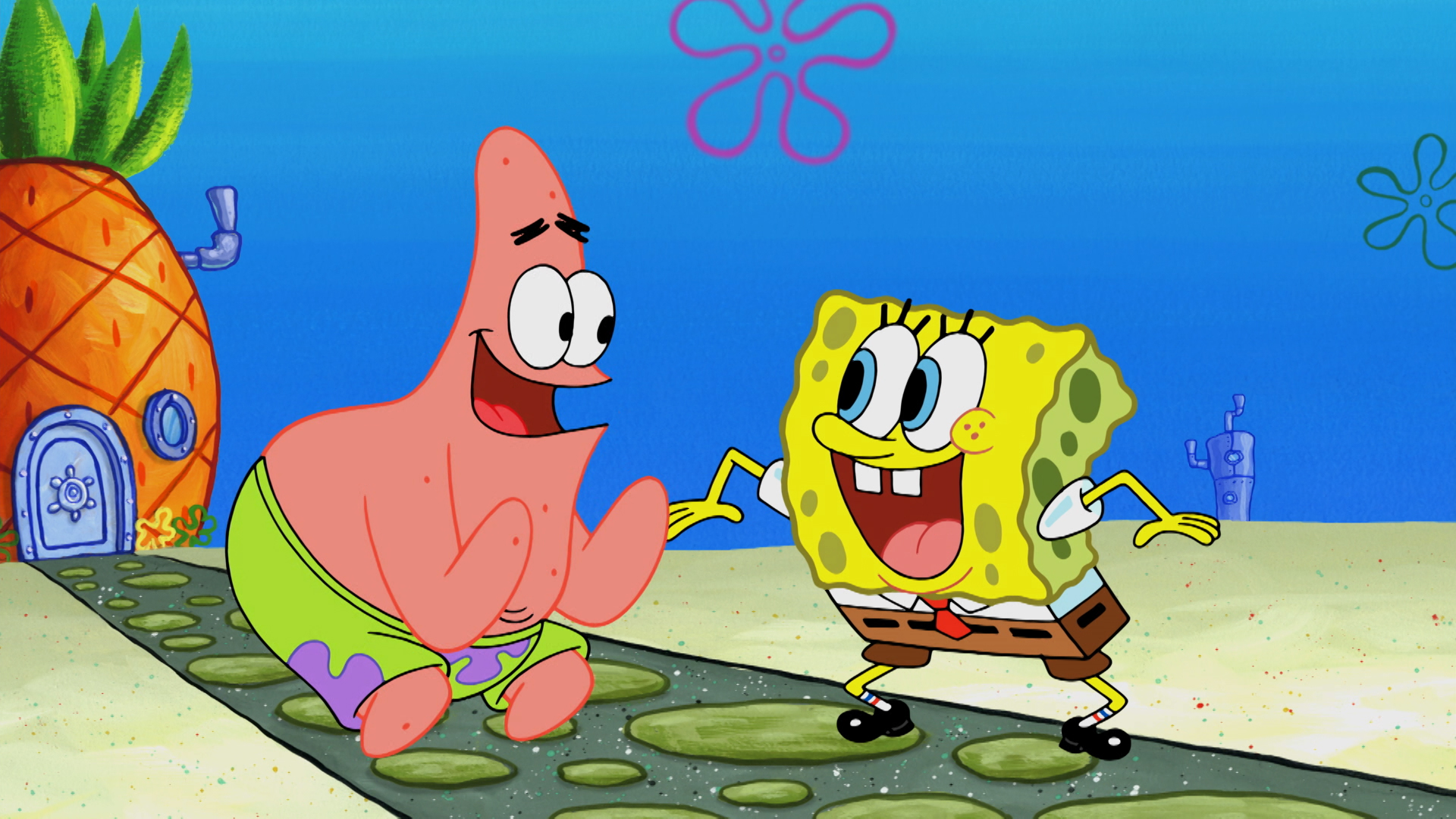 If you were lucky enough to grow up in the late 90s-early 2000s, you are part of the last generation that had genuinely good children’s T.V. shows (I’ll make an exception for BBC’s In The Night Garden which was a bit past my time but straight 🔥fire🔥 nonetheless). Currently, children are subjected to saccharine drivel that teaches basic arithmetic or ‘getting your five-a-day’ at the expense of being even remotely entertaining. Today’s kids deserve better than this!

This dire state-of-affairs was the catalyst for righteous indignation that, coupled with a sense of nostalgic longing, compelled me to rediscover some of the masterpieces that I was blessed to watch as a young whippersnapper.

Myriad titles come to mind: Arthur, Lilo and Stitch, Teletubbies, Rugrats, Bob the Builder, Teenage Mutant Ninja Turtles, Powerpuff Girls, What’s New Scooby-Doo, and many more. Yet, one stands out amongst the others as the magnum opus of children’s entertainment: SpongeBob SquarePants.

Yet, one stands out amongst the others as the magnum opus of children’s entertainment: SpongeBob SquarePants.

Seizing the opportunity afforded by the lockdown and by the fact that they are both available on the Amazon Prime FREE 6-month student trial, I decided to re-watch the first two seasons of SpongeBob. It was one of the best decisions I have ever made.

From the very get-go of episode 1, one cannot help but be drawn in as Tom Kenny’s narrative voice – famed for the ‘a few moments later’ cut scenes – establishes the story set in the beautiful Bikini Bottom. We are introduced to our protagonist SpongeBob SquarePants who “of course” lives in a pineapple, and the absurdity of this place and its inhabitants only continues to mount as the episode progresses.

No attempts are made to explain why Mr SquarePants lives in a pineapple, why his pet snail meows like a cat, how Mr Krabs has a whale as his biological daughter, or why Sandy Cheeks the squirrel has decided to move from Texas to live underwater in Bikini Bottom.  No! Such matters, like the fact that there is constantly a fish screaming “MY LEGS” at disaster scenarios, are simply taken for granted. It is the celebration of sheer innocent stupidity, perhaps best expressed in the friendship between SpongeBob and Patrick Star, that makes this show such a breath of fresh air (if you’ll pardon the pun) amidst the rampant pretentiousness of many 21st century social interactions. Through watching a bit of SpongeBob, we could all learn a thing or two about finding joy in the simple things of life and the humility of not taking ourselves so seriously.

It is the celebration of sheer innocent stupidity, perhaps best expressed in the friendship between SpongeBob and Patrick Star, that makes this show such a breath of fresh air (if you’ll pardon the pun) amidst the rampant pretentiousness of many 21st century social interactions.

Moreover, the show can be enjoyed not just by children, but by adults too – perhaps even more so! Alongside the wonderfully juvenile brainlessness of SpongeBob, the episodes are teeming with witty puns and references that only a true intellectual could appreciate. From the poetry of Emily Dickinson to Toulouse-Lautrec’s La Troupe de Mademoiselle Églantine; from a biblical miracle account to F.W. Murnau’s Nosferatu (1922), there is no short supply of exquisite references for the viewer to deepen their cultural literacy. In fact, both children and adults can benefit from the two elements at play here. There are educational features that benefit kids, such as learning the names of new aquatic species. There is equally the daftness of what unfolds, such as the duck ‘quack’ seemingly emanating from anything, which can be immensely refreshing for adults. What better way to unwind from the cerebral assault of an Oxford degree than by watching the adventures of a Micronesian sea-sponge and relishing the mellow closing theme played on a ukulele?

Alongside the wonderfully juvenile brainlessness of SpongeBob, the episodes are teeming with witty puns and references that only a true intellectual could appreciate.

It seems evident that any sincere reflection on the matter can only yield the conclusion that SpongeBob must be crowned number 1. The only potential rival that may be plausibly countenanced is Pingu; it is arguably even more universal in its hilarity because it doesn’t rely on a natural language. On the other hand, SpongeBob is an acquired taste that relies on a refined sense of humour in order to be fully appreciated. However, it is precisely the fact that it nurtures and cultivates this skill of comedic discernment that merits it being placed above even the precious Pingu. And so, whilst I do not wish to rock the boat (pun intended), it is for the above reasons and countless more that I can safely commend SpongeBob Squarepants as the best cartoon ever!