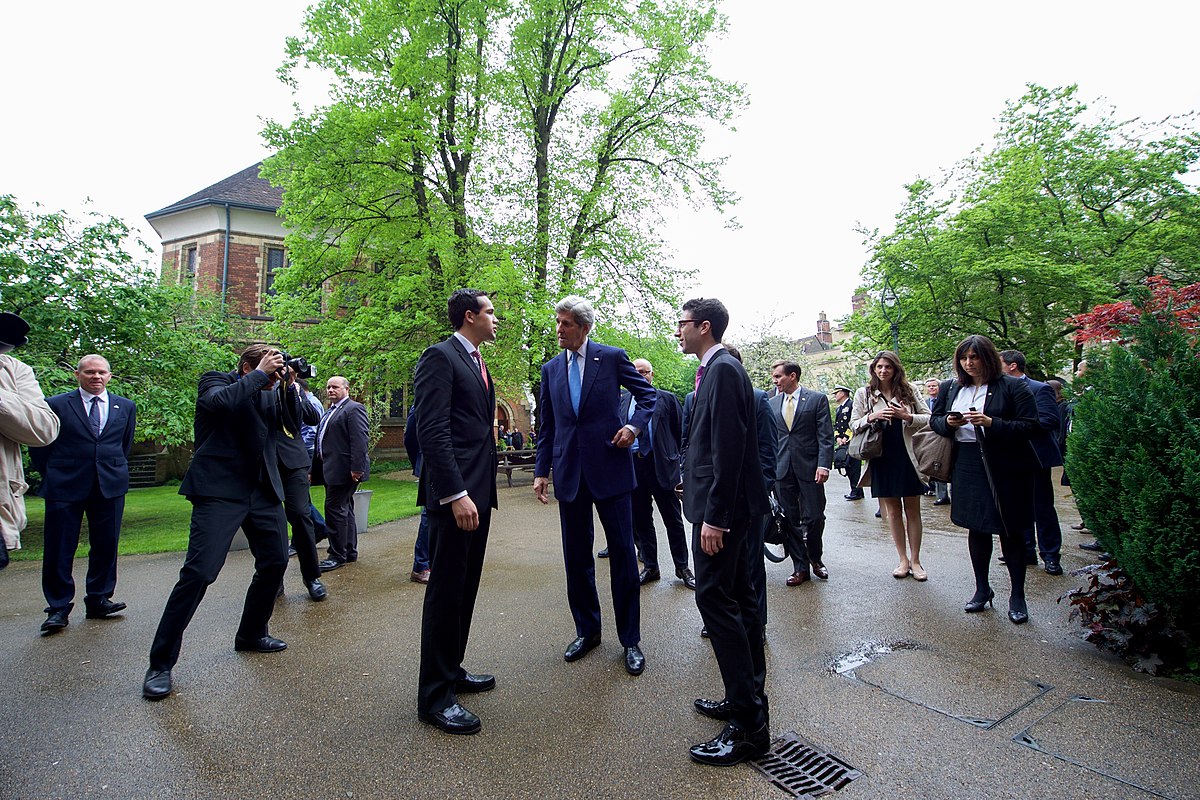 The Oxford Union has come a long way from the all white, all male debating club that it once was. Now, the Union plays host to a Spotify podcast series. And its arcane, strictly-rules-governed meetings have migrated to Zoom.

This term more than ever, the Union has begun to embrace change and progress in a way that it hasn’t seen before. And as the Treasurer of the Union, I’ve never been more proud to be a member of this society.

‘Change’ in the Union usually happens over decades, not terms. That’s because often when a change is proposed it either gets lost in the usual operations of the Union, or it was only ever intended as a vote-grabbing buzzword. That’s why this term is so different.

On day one of the crisis, the Union’s President, Mahi Joshi, hatched a 17 point plan. It included live-streamed debates from the Chamber, among other things. By day two, most of the 17 points – including that one – weren’t even possible anymore. By day three, all the debate topics had been converted into podcast discussions in a new round table style format. The Youtube videos were to give way to Spotify soundtracks, and the usual 9 to 5 working day that committee spends in the buildings preparing the termcard turned into a work-from-home (read: bed) situation.

This term more than ever, the Union has begun to embrace change and progress in a way that it hasn’t seen before…

That sort of pace of modernisation is – and I say this as someone who has seen a lot in the Union – insane. And it’s led to a really exciting set of ‘upgrades’ in the Union.

First, we’ve been able to reach speakers who we never could have before. For all the pomp and fanfare (read: Jeb Bush saying please clap), the Union runs a tight budget year-on-year. And that means that many speakers can’t make it into the Union’s premises in the first place. Thanks to the new podcast format, though, we’re able to reach a far more diverse and untapped array of speakers. These include yes, Jeb Bush, but also such figures as the Chief Scientist of the WHO and the founder of Black Lives Matter.

Second, we’ve made sure that the Union’s content is produced on most major podcast platforms as well as our existing library of Youtube videos. That’s the first time since the launch of the Union app that the Union has expanded its tech offerings. On top of that, the Union’s Standing Committee meetings – open to all members – are now *truly* open. They’re run on Zoom every week, virtual backgrounds and all.

On day one of the crisis, the Union’s President, Mahi Joshi, hatched a 17 point plan… By day three, all the debate topics had been converted into podcast discussions in a new round table style format.

Third, we have pushed for the Union’s debating arm to take a leap into the 21st century with online debating workshops (which are open to everyone on a Sunday), along with Oxford’s first online novice tournament.  I admit, as a debater, I am slightly traumatised by online debating platforms. Nonetheless, I really do think that this has made an enormous difference by way of opening up the Union’s debating offering to more members – past, present, and remote.

Fourth, all of committee has been able to focus more resources on access-based progress in the Union. I think the best signal of that is that the very first Access Committee meeting of term went on for almost three hours. This  included work on the introduction of an Access handbook to simplify the Union’s constitution. Also the Committee discussed the introduction of a Welfare Officer and put forward ideas for how to make the Union more access-friendly at large.

Fifth, owing to circumstances we’ve been able to work towards making the Union more environmentally friendly. For the first time, the Union hasn’t printed out thousands of term-cards. Moreover, we won’t be printing the thousands of manifestos, that often go to waste.

All of committee has been able to focus more resources on access-based progress in the Union…the best signal of that is that the very first meeting went on for almost three hours.

And finally, we have worked with library staff, setting up a book delivery service on top of its regular book request system. All of these steps are helping to bring the Union up to speed with the pace of change in Oxford and the world.

And so credit where credit’s due, this brilliant committee has set itself a legacy that extends beyond just the names in its term-card.

Credit where credit’s due, this brilliant committee has set itself a legacy that extends beyond just the names in its term-card.”

But your Union membership extends into perpetuity. It is, in many respects, a long term investment. And as a result of the hardwork of the team this term, the support of our members, and the ingenuity of the Union’s leadership, we can all be excited about going into future terms with a renewed hope for our Union.