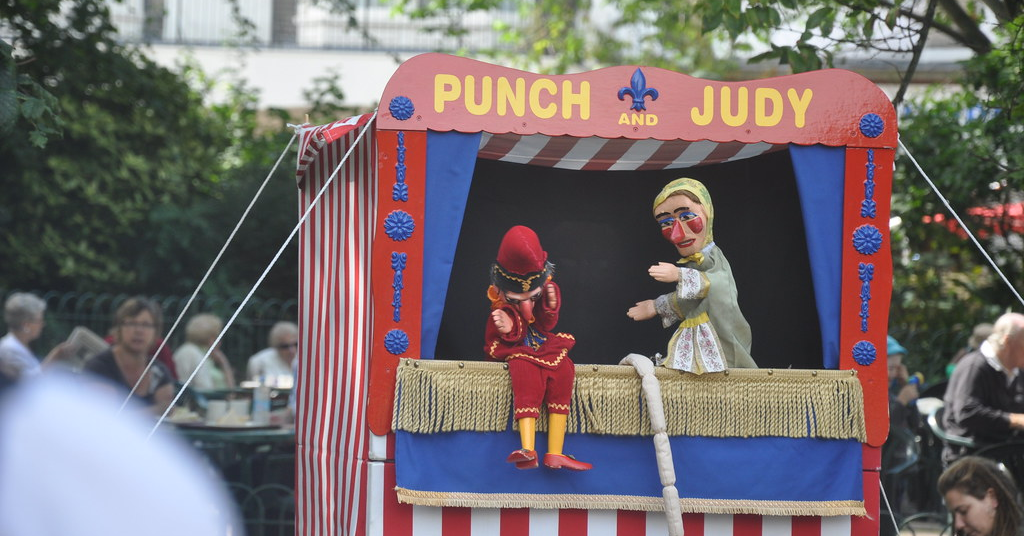 Bona to vada your eek! The secret world of Polari

Contrary to popular belief regarding the quality of my writing, I have not, in fact, smashed my keyboard and sent it off with a smile and a wave. What I did do was ask if you’ve seen anyone good looking recently, then, with disdain which I’m sure came across even in Polari – a language developed by gay men in nineteenth-century London – whether or not you’ve cleaned up your hair. Me neither.

Whilst the vocabulary of Polari may simply remind you of the time you and a friend started saying ‘kcuf’ in the playground during your first foray into a) Wittgenstein’s notion of a private language and b) detention, it was, quite literally, a matter of life and death.

With their very identity outlawed by the state until the late ’60s, gay men were forced to cultivate this coded language as a way of identifying other homosexuals and maintaining a community in a society hell-bent on eradicating them.

Substituting the word ‘man’ for ‘omi’, or visiting the ‘crimper’ rather than the barber could serve as a linguistic litmus test: if someone were to reply that yes, they did need their riah cut, you were on safe ground; if not, the façade of polite society remained intact.

The coded nature of Polari allowed a private discussion within a public sphere was vital to maintaining an identity as a gay man and finding safe spaces to speak freely and openly about topics as varied as raids by the ‘lilly law’ and how your ‘dish’ looked in your corduroy. The vocabulary of the language does have a considerable variety of sexual terms, from ‘tootsie trading’ to ‘mollying’ – Google it.

Mortifyingly, considering how many ‘like for a TBH’ posts frequented my 2014 Instagram (2014, 2019 – who’s counting?), ‘TBH’ stood for To Be Had, in other words, sexually available. Many linguists have put this down to Polari as a tool for sexual expression.

The language naturally developed polyvalency for the kind of words and topics that were used frequently: tellingly, there are many synonyms for both ‘gay man’ and ‘policeman’.

It also, of course, must have been hilarious, to talking about ‘cottaging’ on a crowded tube next to an eighty-year-old, homophobic, woman.

Vulgarity as a form of social rebellion, the word ‘zhoosh’, all excellent things.

For a long while, studies of Polari were usually just attempting to decode the vocabulary, to devise a so-called ‘Lavender Lexicon’, and the origins and implications of the language were ignored. Ranging from the 19th-century cants of thieves and travellers to the Lingua Franca of sailors, via the codes of drug dealers and drag queens, Polari is a veritable witches’ brew of etymology.

‘eek’, or face, for example, is short for ‘ecaf’ which is ‘face’ in Victorian cockney backslang – so far so ‘kcuf’. ‘Omes’ is derived from Romance languages, ‘hommes’, ‘hombres’ and the like. ‘Zhoosh’, to style hair, has its origins in Romani, and ‘palone’, or woman, apparently derives from the Italian for ‘straw mattress’. Charming.

Polari is a kind of quilt, a necessity woven together from the materials to hand. That analogy, however, would not get you any marks in an English exam. Believe me, I tried. To quote Michael Halliday, then – bear with me – Polari is an ‘anti-language’, one developed by marginalised societies in order to maintain a sense of community.

With gay men having to keep their identities secret to everyone but each other, at the risk of abuse, arrest, or worse, this secret language allowed public communication with private meaning. Apparently jokes about cottaging don’t get you very far in exams, either. Sorry, Professor.

Naturally, being a private language, there are few original examples of Polari in use. What we do have is the 1950s BBC radio show Round the Horne, in which Julian and Sandy, two queer-coded men with the best accents that side of Peggy Mitchell, speak in a BBC-friendly, highly stereotypical form of Polari.

Toeing the line between comedic and legally acceptable, this was many people’s first exposure to the language. Ironically, however, Round the Horne coincided with its decline in use. Attitudes to homosexuality were changing, but also this show marked the publication of a private language: a gay man could no longer rely on the in-group knowledge of the language for safety when middle-class housewives recognised it from that show off the radio.

Round the Horne simultaneously moved homosexual culture into the mainstream and dislocated from its source.

This movement from the private, the marginalised, to the mainstream has reached its plateau in the language of Ru Paul’s Drag Race. Anyone with access to, well, the internet, will have seen some iteration of ‘shady’, ‘snatched’, or ‘serving’.

If not, there are countless dictionaries to help you out. These words started off within the fringe culture of the drag scene and have moved into the vernacular of congresswomen and late-night TV shows.

Whilst this movement in from the margins is, of course, a sign of positive change, that language, like identity, is no longer contraband, the relationship between Polari and this, now ubiquitous, vocabulary, should remind us of the hidden histories lying behind the lavender lexicon we use, even it’s about, you know, cottaging.

Arva – to have sex