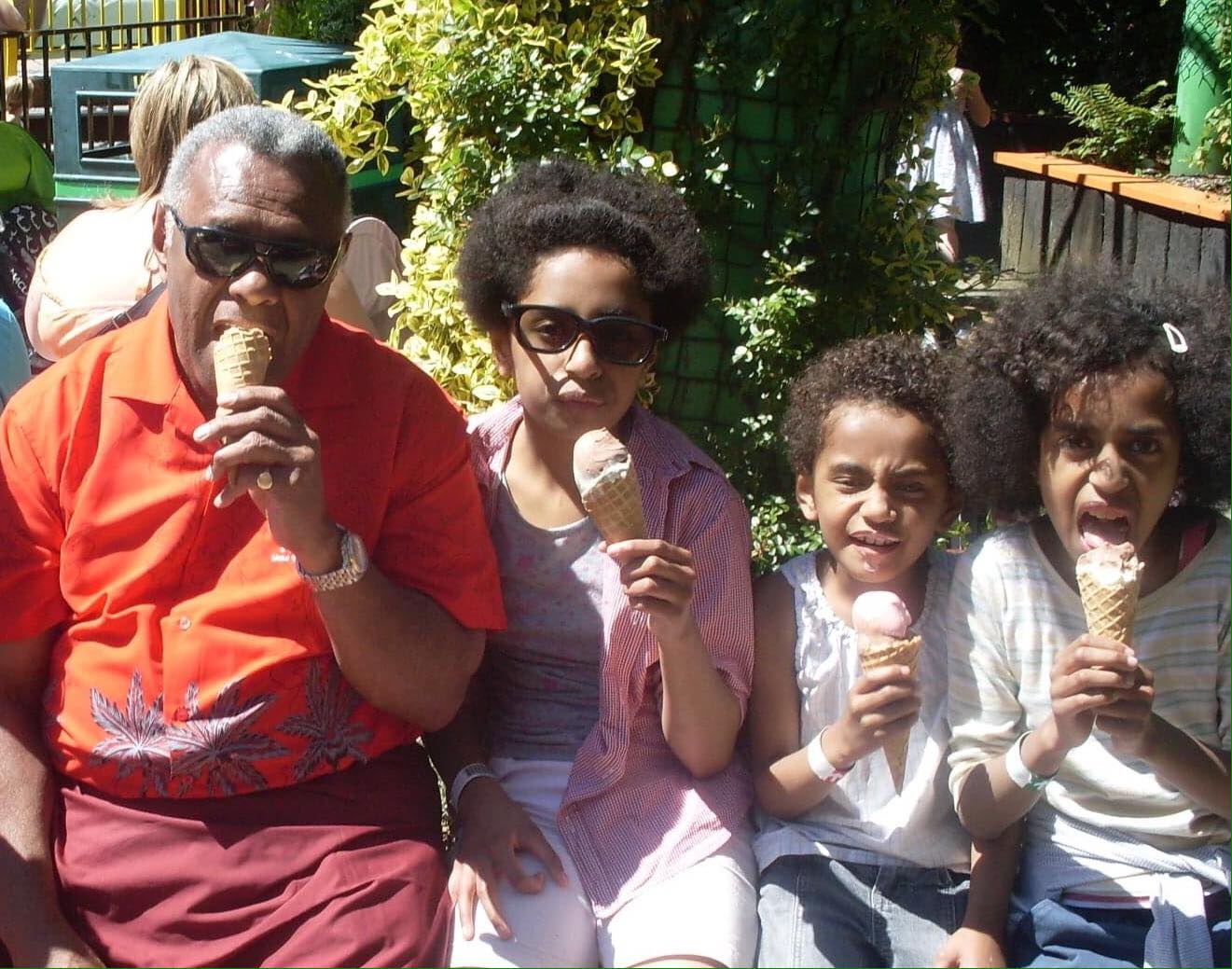 As a child, I used to think I could control traffic lights with my eyes. The logic was if I squinted hard enough the little red man would turn into a little green one. I would think I was special, but my mother would just think I had hay fever. I stopped believing this in Year Two. I mean, it’s stupid to think you have superpowers, right? Except, at the age of nineteen I believe I have a new ability. I have the ability to curse myself.

My boyfriend and I write letters to each other. It’s unnecessary, we could easily text each other, but we do it anyway. On the 5th May I wrote:

So much is happening it feels like I’m drowning. I know, what an original simile. I’ll think I’ve done it, conquered the Big Bad of now, and then another rears its head. I’d like to think I’m getting quicker, better at dealing with something sudden and bad happening but I’m not sure.

On the 8th May, I received a call saying my grandfather was dead. Within a three-day period, I had gone from having one last grandparent on my mother’s side to having none. My mother called me, repeating “both my parents are dead”, as she wept. I wasn’t able to say goodbye and he died thinking I hated him. I didn’t. I loved him, but even then whose benefit am I writing those three words for. The heart that beat blood to his ears and brain has stopped and he is another victim of this pandemic.

“He wasn’t in my household… I would never have seen him even if we were on speaking terms.”

This time, when I listen to the radio and hear the deaths of the day, I think of him. His last breath was jotted down, added to the national number of deaths and then the international total. My grandmother’s death was slower, and the cancer made sure I got to watch as she lost more of who she was. But this feels different. He’s not going to be waiting for me to call him, or visit him at the Church where he worked. I am out of time.

The best memory I have of him isn’t very spectacular. We were spending the day at his house and my mother had sent us on an errand. I had grown up a bit since I’d last seen him, so the conversation in the car was stilted at first. Neither of us really knew what to say.

“Ignore your Mum, Kesa.” He said suddenly, not looking back at me in the passenger seat. “She doesn’t know what she’s talking about.”

“How does she know you’re getting into Oxford, you haven’t even applied.” This was true. It was the Easter of 2018 and my Mum hadn’t stopped talking about my great destiny since we’d gotten through the door. “Well, have you applied?”

“That silly woman, she’s been saying that since you were little. Do you want to go there?”

“I’m not sure. I don’t really want to think about it…” I had yet to tell my Mum that my sights were set on somewhere less daunting.

When we got to the printing shop, he introduced me to the man behind the counter as his granddaughter. Everyone we bumped into seemed to know him, and love him. It was the first time someone of my blood had said I had a choice. My father had joked I would be disowned, but there was a sincere threat behind his tone. That will always be my best memory of my Grandfather. It’s not the most dramatic, or the time where I had the most fun with him. But he was my ally in that moment.

There’s something inexplicable about having someone die from coronavirus. He wasn’t in my household, he was vulnerable due to his age, I would never have seen him even if we were on speaking terms. All I have to go on his death is being told, and then it’s my job to tell more people. On the morning of 8th May, I could’ve woken up and said my Grandfather is alive. Anytime after 19:32 pm and this would’ve been false. Any photographs I have of him are now ones of a dead man.

I grew up in a military family where the Afghanistan conflict was something my dad and uncles would disappear off to. My dad came back. But often a Fijian’s man face would flash up during BBC Breakfast. I could easily accept then that men I would see at family gatherings were as dead as the news presenter said.

“It was the first time someone of my blood had said I had a choice.”

The coronavirus pandemic is as surreal as a Hollywood blockbuster. I’ve often woken up thinking, this can’t be real. It sort of makes sense that I’m living in a state of shock. This is some sort of simulation. I’ll wake up and the last few months will be some sort of Truman Show prank. I want Ashton Kutchner to jump out of a van and tell me there have been cameras “here”, “here” and “here”. I’ll go down to the church where my grandfather gives tours, and he’ll tell me how Margaret Thatcher gifted that specific handrail.

I’ve been told he can’t be cremated, and we can’t have a funeral for some time. My estimates are that we’ll be able to have state-sanctioned mourning around my little brother’s due date. If I could tell my incumbent brother, George Toganivalu, anything it would be to see how long he can get his lease extended. This isn’t the right time to be alive.