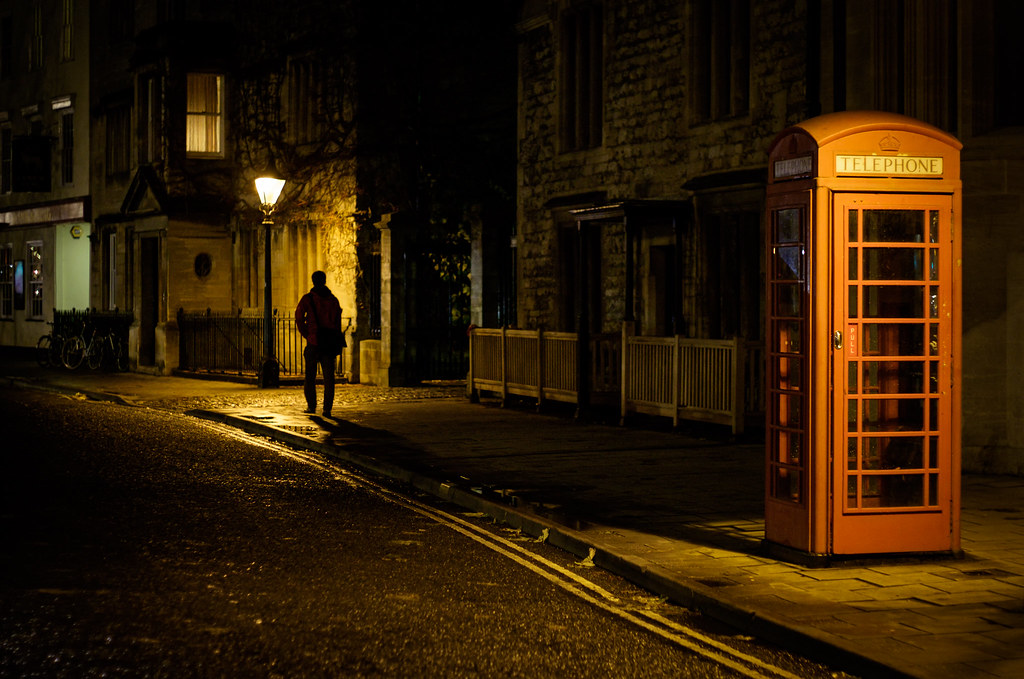 St Cross in Lockdown – A Ghost College from the Outside

Before the lockdown, St Cross was a far livelier college than its unassuming exterior suggests. We have one of the smallest front doors of all Oxford colleges, but behind that is a community of over five hundred students. We have bops, speaker events, and an assortment of societies, all within the confines of a very pretty, relatively modern college.

Now, like its fellow colleges, St Cross has closed its doors. Events run by the staff and the MCR Committee have moved online, including yoga, life drawing, and, as of Friday of Third Week, a virtual bop.

“The physical Oxford is gone, even though I’m sitting right in the middle of it.”

Members of college who didn’t frequent main site before the lockdown probably haven’t noticed much difference. But even though I don’t live in college, I’m still heavily involved as the vice president of the MCR Committee. That means that I attend meetings, run elections, and write the committee’s weekly newsletter – all of which is now online.

Probably the most disconcerting thing about the committee moving online is the meetings. These have to use Microsoft Teams, which, given the number of people on the MCR Committee and each staff one, means that we can’t see many people at once and most are present only as disembodied voices. It makes you appreciate how much we rely on what we can see when communicating. As someone who finds social interaction difficult at the best of times, it adds an extra level of challenge.

I’m also about to run this term’s elections for the MCR Committee. I’m hoping that these won’t be too different to normal, seeing as we receive nominations and manifestos by email anyway. I am grateful that we moved to using OUSU’s site to run elections in Michaelmas because it gave me practice before everything went totally remote.

The saddest thing at the moment is not being able to go to college, as it’s resident-only. That’s resulted in an absurd level of excitement whenever I get post, because it means that I can go to the porters’ lodge to collect it. Not being allowed in college also means that communication has developed a disconnect, as students have been unofficially divided into residents and non-residents. There are of course things that non-residents don’t need to know about, like rent and cleaning arrangements. But, since the college is meant to be our hub, further dividing students who are already isolated across the world with their degrees in tatters does make the overall experience that much worse.

As well as my committee duties being based in college, the majority of my friendship group is affiliated to St Cross. But, regardless of whether my friends are affiliated there or elsewhere, we can’t be physically together. This has led to my friendship group somewhat taking over the board game-related activities put on by the MCR Committee, as well as a weekly game of Risk with the aid of Skype and a mobile app.

“It makes you appreciate how much we rely on what we can see when communicating.”

When we are back together, I suspect that one of the first things that we will do is go for brunch at Greens Café on St Giles’. We go there for three reasons: the food is great and inexpensive, it’s next to college, and it’s basically the only place in Oxford where St Cross students get a discount. Another friend and I had also decided before the lockdown that we were going to go out for pizza. Unsurprisingly, that hasn’t happened yet, but we’re ready and raring for when we can.

As for the rest of ghost town Oxford, apart from my weekly trips to the supermarket and one daring excursion to Specsavers, at the moment I’m avoiding the city centre. Instead, I’m enjoying the number of walking routes I’ve devised around north Oxford, Uni Parks, and the Science Area.

Every so often I even write some of my thesis, which reminds me how much I actually miss the Sackler Library. Apart from the fact that it contains all of the books that I need for my DPhil (many of which are fortunately strategically piled around my bedroom floor), I’m one of the few people in Oxford who actually likes being there.

Also based in the Sackler is my teaching, which has now of course gone remote. Despite my room having windows and the teaching room in the Sackler barely even having ventilation, it’s difficult to stay in the teaching headspace when I’m sitting in exactly the same place where I write my student articles, watch rubbish on YouTube, and play video games.

I am enjoying the solitude brought about by the lockdown and the amount of work that I am able to do because of it, especially as I suspect that if I were at home instead of here I wouldn’t be in the mindset to work. However, at the same time it does feel as though the physical Oxford is gone, even though I’m sitting right in the middle of it.