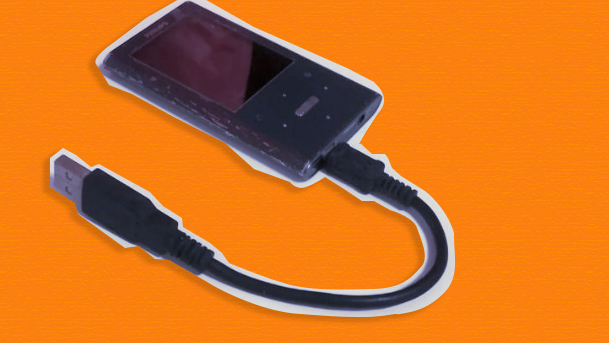 My Minecraft account must have been created on April something, 2012. I remember getting together enough money to give a friendly classmate, one of the lucky few to have access to a credit card at that age, to help me purchase the game. Once in a while I still play the game, building houses over voice chat with some friends or putting on some new album I’ve been meaning to relax to. When I do leave the soundtrack on – you know the one, gentle synths and minimalistic chords that swell when you step into a cave or discover some new forest – a rush of emotions hits me. It’s a longing for those carefree days after school, plodding around on forums or logging on back when a virtual world and videogames were full of opportunity and escape, rather than the facsimile for real life that it seems to have become for me now.

A few weeks ago, I rediscovered an old MP3 player I used from when I was 11 to 16. I plugged it in. My music tastes were changing around then, particularly towards the end of its life: expanding to a bit of post-punk, entry-level indie greatness, a little deeper into some hip-hop producers I enjoyed. A few shuffles produced an old song off the Slim Shady LP, Bad Meets Evil. I don’t listen to older Eminem anymore – the homophobic undertones don’t sit right now – but it was bittersweet listening to an artist that was my gateway, just as it must have been for many others, into a genre I still love. Nostalgia feels sharpest upon hearing these sounds of my past.

But it was bittersweet listening to an artist that was my gateway, just as it must have been for many others, into a genre I still love

Of course, we don’t just re-listen to old music, but seek out new songs too. The anticipation and excitement for a new album builds up to euphoria and reward upon a fresh listen on its release; we chance upon existing music through our own networks, whether Pitchfork reviews, a recommendation from friends, or the unfeeling algorithm of a streaming service. These moments of discovery and feeling must pass, however. Works of music are embedded in time: albums and songs are envisaged, then produced, then distributed, all at particular moments in our lives. For the first half of May, I eagerly awaited the release of Yung Lean’s Starz, finally holding a listening party right as it hit midnight this Friday. Going from hearing a handful of singles, snippets over the artist’s Instagram, to the full album was a fantastic payoff, just as the album’s production was impeccable and the songs were emotional.  Yet, there was a nagging feeling halfway through the album that in months, years to come, this would just be another memory for me, tied to another period of my youth: perhaps attached to the strangeness of life under lockdown, to friends since faded into acquaintances and a degree now completed and reified into a neat little certificate. Like every other album I’ve listened to, they are sounds of the present, now already past.

Yet, there was a nagging feeling halfway through the album that in months, years to come, this would just be another memory for me, tied to another period of my youth 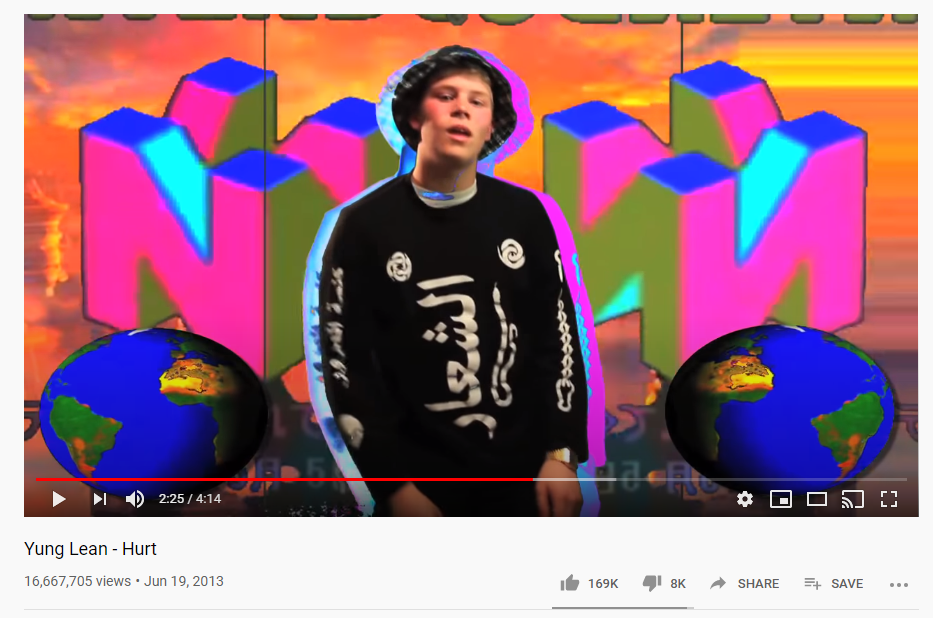 And of course, older Yung Lean songs thrived off nostalgia itself- throwbacks to 2002 and before. Source (still, Youtube)

Yet this emotion itself speaks to a wider crisis of space and time in culture. All art and media, in some sense, spectral, through their instantiations of the past and the inherent constraints of their representation. The critical approach of ‘hauntology’, coined by Derrida and explored in detail in the 2000s, articulates this slippage between the emotions and narrative music evokes and the worlds which lie beyond their expression. The inability of music, particularly electronic forms, to help us imagine ‘the future’, has deeply unsettled our imaginations, wrote the late Mark Fisher. In this kind of ‘end of history’, what remains is pastiche, a reiteration of past media, an anachronism. There is some merit to this argument, ‘nostalgia’ today is not just an individualized, private experience. Rather, it is a pathological feature of music-making today. ‘Lo-fi’ remixes we study to, muddied by artificial analogue crackle, or the throwback outfits and bubble-gum pop which labels like PC Music have embraced, all constitute ‘sonic fictions’, thrive on the imprecision and plasticity of memory itself to create a yearning for lost futures, not so much the past. Technology, in particular the saturation of information online, fuels this general zeitgeist of nostalgia through two contradictory processes. Comment sections provide a collective space to commiserate the pasts we are reminded of, and automatic recommendations can invoke a feeling of loss for pasts we never had. Mariya Takeuchi’s ‘Plastic Love’ is a beautiful, dreamy, upbeat, and distinctly 1980s Japanese single: like many others, I stumbled upon a song never meant to be heard outside Japan through the magic of ‘autoplay’, some 33 years after its release. At the same time, internet archives aren’t just a form of subjective memory, but a space that has brought about the “loss of loss itself”. Everything “comes back on YouTube or as a box set retrospective”, as Fisher observes of the ghostly, undead nature of nostalgia. Nostalgia is the sound of some pasts we never had.

Comment sections provide a collective space to commiserate the pasts we are reminded of, and automatic recommendations can invoke a feeling of loss for pasts we never had

Nonetheless, I like to think that there are some songs connected to nostalgic moments that are not just tinged with melancholy, but quietly celebrate moments in life and people special to me. I can only articulate their meaning in part here, for language – just like the music I describe – retains some opacity in representation. One memory I’m sure my dad shares: a CD with Tom Jones’ Greatest Hits burnt onto it, but Green Green Grass of Home looped on a car ride to primary school. The lyrics I know by heart were learnt through bouts of drifting in and out of sleep on those short weekday journeys. Another one: a cup of coffee for me and my Brazilian roommate in Michaelmas 2019, as he put on some fado.

Through aching guitar melodies and words I did not understand, he talked about “Saudade“, a distinctly Lusophone concept encapsulating nostalgia and longing, happiness but sadness, for absent things or people which might never be experienced again. We feel nostalgia when we revisit songs and sounds, basking in their afterlives. Some memories are our own, to be intensely guarded, others are free to share, or were always public, to begin with. Even as we rethread, these well-worn paths are rethreaded, we veer off them, forging new ones all the time. Listen, then, to the sounds of many pasts.