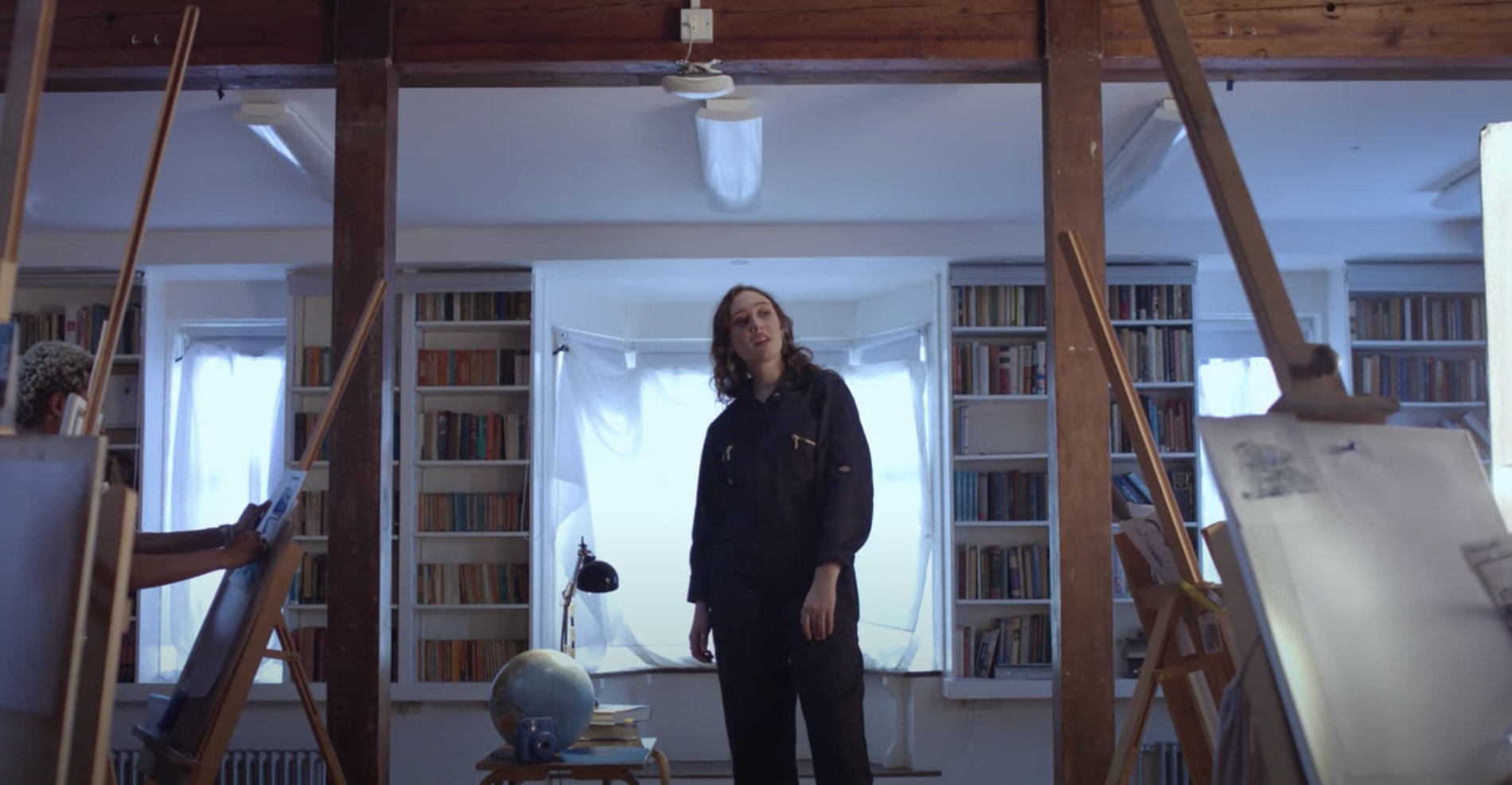 A discussion with Flora Faulk, an Art History student at St. Peters, on her recent production of the music video for fellow student, Gigi William’s debut EP and single ‘First Thing’. Flora explains how she got into film-making and ways to get involved from a student perspective.

Could you give a brief synopsis of the music video?

Initially conceived as a live set, our concept was for Gigi to be the subject of a life drawing class. This would work within the practical limitations of live music but gently play with expectations regarding the usual context for musical performance. It is fundamentally promotional material as Gigi embarks on a career as a musician and is heavily focussed on her across departments; from shooting style, to production design, to editing.

What was the process of developing the idea?

Gigi and I are close friends and had discussed working with each other for a while. The release of her EP seemed like the opportunity to produce something. I proposed this concept of an art class to Gigi and she was enthusiastic, so we went to recruit a crew. I think I probably got this idea as I study History of Art and Gigi’s album cover featured homemade acrylic prints.

I contacted a few student filmmakers I had really enjoyed working with before and put an advert out for the other positions. Once we had secured a crew, the head of departments met up and we talked over our ideas. We shared mood boards concerning colour palettes, lighting, shooting style and locations. Eventually, this distilled down into a studio space in North London, a mix between hand-held and dolly shots, blue colour pallet with a scene break down to guide us through and provide a visual narrative.

Did the final piece reflect your original view of the outcome? What changes, if any, did you have to make during filming?

The live aspect of the recording was cancelled last minute due to our pianist having to pull out. This meant we then had Gigi dubbing to a studio track. Luckily, our concept could still work but it was, of course, a shame.

The inevitable obstacles and delays which pop up meant we didn’t cover all the shots we wanted but we certainly got enough coverage for some creative editing.

How did you get into film making?

It feels like I almost fell into it, I just always had an interest in movies and the movie business as a whole. I study History of Art and I think that gave me the confidence to have a more career-minded approach to film. Then opportunities at Oxford presented themselves, and I just kind of kept getting involved in projects.

Do you have suggestions for other students looking to get into film making?

Join OUFF, the filmmaking society at Oxford. They have loads of events to introduced people to filmmaking and it opens up the network of filmmakers at Oxford. I was President last year and joining the committee is a great way to rather catapult yourself in. Try and get a portfolio together of some creative work you’ve done as well! Always useful.

Flora is currently looking into launching a women’s film making group, set to launch in October.