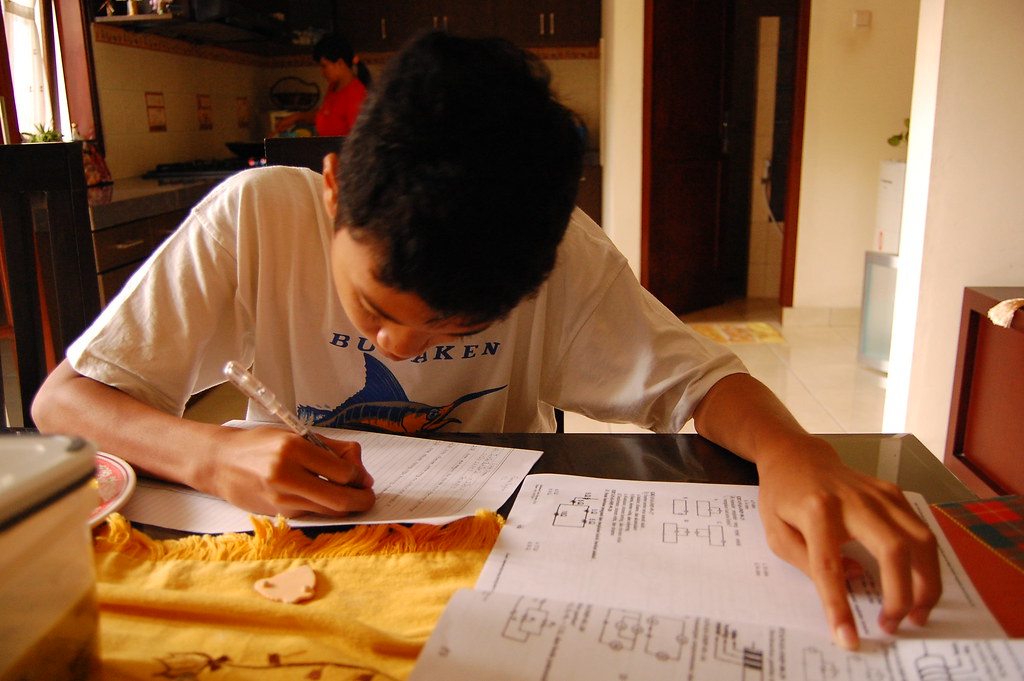 Ever since I was old enough to be aware of the cultural differences between me and my classmates, I’ve been asked how many hours I had been forced to study, how long I had been locked in with the piano – even told that my parents would stop loving me if I got a B. It became normal to hear these things regularly and I didn’t really realise how nasty the implications were. It seemed like the intention was to exclude me and make me feel like an outsider. It worked, and I know that I’m not the only Chinese person to have heard these things as a child. In reality, though it’s certainly no reason to make anyone feel different or uncomfortable, there is definitely some truth to the notion that Asian (and perhaps other BME) parents value and encourage academic and professional achievement. Where does this value system come from?

They busted their asses hustling.

Well, in my case, I know that it comes from the fact that we are an immigrant family. My parents emigrated from Hong Kong as teenagers, having received only a rudimentary education in the English language. Not only did they have to adapt to a different climate, culture, and lifestyle, in a country where they were tormented by their white peers as young people and treated like second-class citizens as adults, they had to do so while learning a new language with no linguistic similarity to their mother tongue. Add to this the fact that they worked every day in their family businesses, and their educational disadvantage becomes abundantly clear.

The one thing that kept them going through all the struggles of 1980s working-class Chinese immigrants, through going hungry to save money, through cold nights without heating, through constant racial abuse, was the knowledge that hard work would see them through it. In short, they hustled. They busted their asses hustling. And if I were asked the single most significant thing that my parents passed down to me, it would be an indomitable work ethic. As children, both my sister and I were pushed not just to achieve but to excel and, even though we hated it at times, the value took root and we were able to drive ourselves through a privileged secondary and higher education. Don’t get me wrong, my parents are highly intelligent and have done incredibly well for themselves, but I can’t even begin to imagine how different our lives would be now if they had had the same opportunities that their children do.

The notion that family time is close to non-negotiable lives on.

But just as much as their indisputable industriousness, my parents value family. We visited family in Hong Kong regularly and were taught how to respect our elders in the traditional Chinese way. This doesn’t just mean nodding along politely – there’s some of that – but also actively engaging in conversation, in an agreeable way of course, and spending hefty amounts of time just sitting with them. At home, we spent most evenings together, whether watching trashy British TV (turns out Britain doesn’t actually have that much talent) or playing card games and Wii bowling; homework and studying would come afterwards. This became a smaller part of my life by the time I was approaching A-levels as my dad moved out and my sister was at uni, but the notion that family time is close to non-negotiable lives on.

So how does this fit into my work life under lockdown? Well, considering what I’ve just told you, that my parents expect me to, one, attain highly and, two, spend lots of time with them, you might think, like I did, that my life would become impossible at home. I thought that my mum would expect me to do chores with her, to chat at length over three meals a day, and simply to catch up after months of reduced contact (we call most days when I’m in Oxford but it’s no substitute for her). I thought that I would have to explain to my tutors that I couldn’t get my essay in on time not because I was ill, but because my mum wanted help reorganising the garage that weekend. Basically, I thought that my mum would treat me in the lockdown like I was on vac – and we all know it couldn’t be further from the truth.

I originally thought that my Chinese mum might make this the most academically challenging term of my degree so far.

But I’m glad to be able to say that my mum has adjusted her expectations, something she’s not famous for. Rather than expecting me to achieve highly in my uni work while also demanding to see me for hours at a time, she has given me space to do what I need to do. That’s not to say that she isn’t sometimes disappointed when I have to rush off to a tute after lunch, or eat dinner in my room because I’m writing an essay, but she of all people recognises the importance of undergraduate education. And I couldn’t be more grateful that my home life is actually easing the difficulty of an already difficult situation, when I originally thought that my Chinese mum might make this the most academically challenging term of my degree so far.

That’s not to say that life at home is perfect. Working in my room at home is a massive (and undesirable) throwback to A-levels, when there wasn’t much division between my academic work and the rest of my life. When I’m in Oxford, I find that physical distance helps me to separate my essay from my own wellbeing, as if I can leave the reading behind in the library and just chill when I get back to my room. I’ve also noticed a big difference between finishing an essay at uni and finishing one at home – there’s a massive anti-climax. Stepping out of the Bod at 7pm after furiously bashing out an essay to rush home and get ready for Bridge is a release sorely missed by many, I’m sure.

I hardly think Zoom pubs will survive the pandemic.

This is the strangest term we’ve ever had, and will probably ever have. It’s not ideal by any means, but it has certainly come with new experiences. Most are negative: most of us have little social life and I hardly think Zoom pubs will survive the pandemic. But maybe some are positive. The other day I had a breakdown about an essay and my mum was right there with a hug. Her cooking is amazing and I’m probably eating healthier than I have ever during term. And so even though I might not look back on this term fondly, I’m still determined to experience every moment of it for what it’s worth.