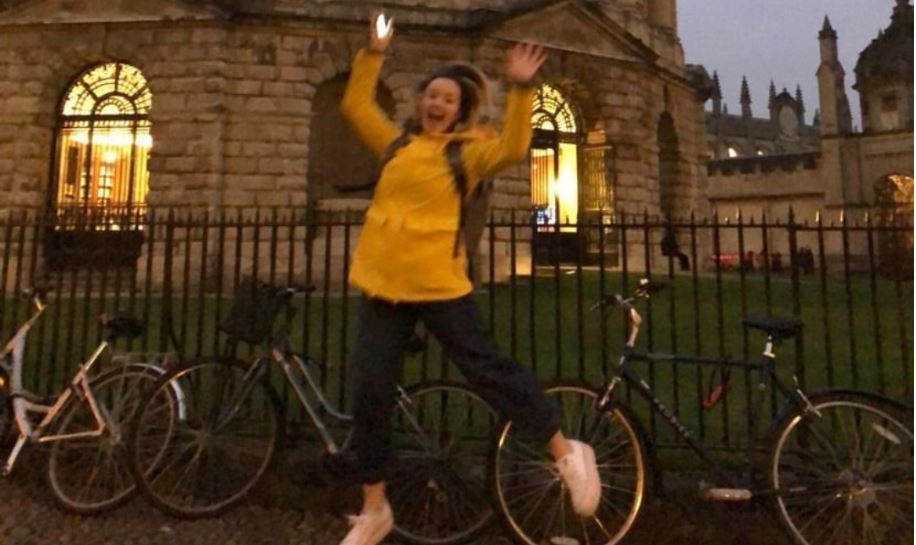 5th week is now well underway, and although 5th week blues often set in about now and we begin to miss home, I for one am greatly missing Oxford. Nevertheless, there’s plenty to be happy about and lots of positive news from all the amazing people of Oxford—from those on the front lines to those, behind the line, doing their best to help out and stay positive.

This is perhaps best conveyed in Oxford Hub’s project, Oxford Together, which has seen over 5,500 people sign up to help their neighbours. Volunteers have done everything from reading out Harry Potter over the phone to holding pasta drives to delivering baby formula to new mothers. On top of this, Pembroke college has even helped deliver over 15,000 meals across Oxford.

But even students displaced from Oxford continue to try to improve the University by working hard on a variety of access projects. The boom of ‘Instagram takeovers’ and ‘day-in-the-life’s will give applicants a better insight than ever into the life of the Oxford student, even if during lockdown. From student detoxes to people’s workouts, and from neurophysiology to connectionism, the personal, academic and extracurricular insights will no doubt inspire across the country, and beyond.

Volunteers have done everything from reading out Harry Potter over the phone to holding pasta drives to delivering baby formula to new mothers.

Another valuable small-scale project involves Pembroke’s JCR access rep providing their students access to free sign language lessons! Meanwhile, Olly Boyland and Rochelle Moss set up OxBuddy, an access scheme to help those at an unfair disadvantage. This puts students in contact with potential applicants to give them an airing board for any concerns or queries they have. As if this weren’t enough, the fantastic Clydeside Project has opened up early with its advice this year. This amazing access scheme aims to get more Scottish state school students into Oxford and Cambridge by offering free online mentoring. Get involved!

But students’ social lives continue in earnest too. St Catz has seen social events held over Discord, with a virtual bop being Pride-themed and starring fancy dress code and a suggested cocktail recipe. Many colleges including St John’s and St Peters have starred virtual libraries and hang-out spaces, while Somerville College Music Society continues to pump out marvellous, student-made online music.

Over at Univ, open-mic nights have continued via Zoom with particular highlights including familial pop-ups. Jesus College continues to run its virtual welfare teas and JCR meetings, managing to achieve the shortest JCR meeting in its recorded history—a mere 6 minutes. All the whilst, Pembroke college has even featured a virtual talent show!

Jesus College has also released its own community version of Ben King’s Stand By Me in honour of the famous sounds of Corn Street—it stars students and staff alike and was put together by the venerable Josh Venables (3rd year, Music).

This community spirit has echoed across Oxford even where we can’t continue as normal. Sports, for obvious reasons, just cannot go ahead as normal. Nevertheless, running fundraisers has been an amazing way to keep their sportspeople healthy and raise money to keep all of us healthy too.

Oxford University Association Football Club are planning to run 1507km—a virtual equivalent of Iffley to Bernabeu, the women’s OUAFC’s original tour destination. In doing so, their just giving page has already raised £588 for KEEN Oxford. You can donate here.

Oxford University Lacrosse Club is attempting an even longer run, from Lands End to John O Groats—a mighty 2155km. In doing so they are running against Cambridge and have raised £2250 for Oxfordshire MIND in what is undoubtedly a particularly busy time for the charity. You can give here.

If there’s one thing that’s clear, it’s that the difficult circumstances aren’t stopping people from getting active, staying musical and, more than anything, being compassionate.

Firstly, RAG’s Love Oxland 2020 (closing 31st May!) puts college marriages through their paces with a load of challenges as they raise money for charity. Want to prove your college marriage is the strongest in Oxford? Signup here. Second, RAG reading has now launched, dedicating a month to learning more about each of its amazing charities—you can join the RAG reading group here. Finally, RAG pen-pals in isolation puts all that free time to good use, battling loneliness through the age-old medium of letter. At little over £3, you should definitely get involved!

The Soap challenge has also been found all across social media with videos of people throwing soap—but don’t worry, no soap was harmed in the making of these videos. This is done in an attempt to raise money for Doctors without Borders—so far it’s raised £516. But fundraising isn’t just happening at the micro level. Oxford’s unbelievably talented Medical Science Division has raised over £10 million from gifts and through a public appeal (which raised £150,000).

If there’s one thing that’s clear, it’s that the difficult circumstances aren’t stopping people from getting active, staying musical and, more than anything, being compassionate.

Fourth week also featured a lockdown edition of Mental Health Awareness Week about kindness. Jesus College JCR and MCR posted once each day to raise awareness about a variety of issues many struggle with and which are exacerbated by lockdown. At Catz, they set up “Catz compliments” to spread the love. Alongside this, Oxford Nightline has just released a brilliant awareness campaign challenging you to see what you can balance on your head—so as to remind us all to think about what we’re balancing inside our heads.

Across Oxford’s students and staff there have also been a vast number of talks, podcasts and lectures, ranging from the Oxford PPE society’s 10:30am livestream from an Australian philosopher on deliberative democracy, to Oxford’s brand new ‘Oxford at Home’ podcast series (coming soon) hosted by academic superstar, Professor Rana Mitter (seriously, you should definitely check it out—he’s a great speaker!). The first talk, last Friday, was on the five groups of insects in your garden, and the next talk on Rembrandt’s early years promises to be fascinating.

And this content isn’t just combing from the tutors, but from students themselves. Pembroke College has even launched its own podcast—’Pembcast’—where it interviews a Pembrokian and reminisces about Pembroke. Alongside this, it has plenty of pre-recorded interviews with guest speakers for diversity week.

And last but certainly not least, the arts live on during coronavirus. Turl Street arts magazine “The Turl” is putting together it’s fifth edition of its termly magazine, with final submissions due on 31st May. Over at St John’s, The Mapleton-Bree Prize has been running as usual. This monetary award of up to £350 is for original work in any branch of creative art—drawing, painting, sculpture, poetry, music, photography, etc.

But there is still plenty of good going around in the Oxford community, from small-scale efforts to larger, community-wide ones. If anything, it teaches us that Oxford is about more than a few games of croquet.

Broad Street Humanities Review—the first student-run humanities journal for Oxford undergrads—has just launched its second issue on Value(s). With articles ranging from AI ethics to modernity in Egypt to mindfulness, there’s plenty of fascinating articles to get stuck into on a rainy—or lockdown—day. And 60 Hour Shakespeare, a virtual theatre production, has just released its performance of A Midsummer Night’s Dream on YouTube (here). With 20 actors and even more students involved, this extraordinary project didn’t just produce a class performance, but even raised money for No5 Young People’s Counselling Service.

Meanwhile, New College Arts Week went ahead with a jam-packed schedule featuring dance classes, virtual bop sets and a short film. It even released its own fantastic arts anthology celebrating New College’s 40th anniversary of admitting women starring staircase battles, original paintings and even virtual reality film-making! In the words of one student, this was “honestly way better than I ever imagined it would be”—and many students found it very helpful in providing structure to their week.

The situation isn’t ideal. I’m sure many long to be frolicking in Christ Church meadow, punting down the Cherwell, or partying at bops and balls alike. But there is still plenty of good going around in the Oxford community, from small-scale efforts to larger, community-wide ones. If anything, it teaches us that Oxford is about more than a few games of croquet.