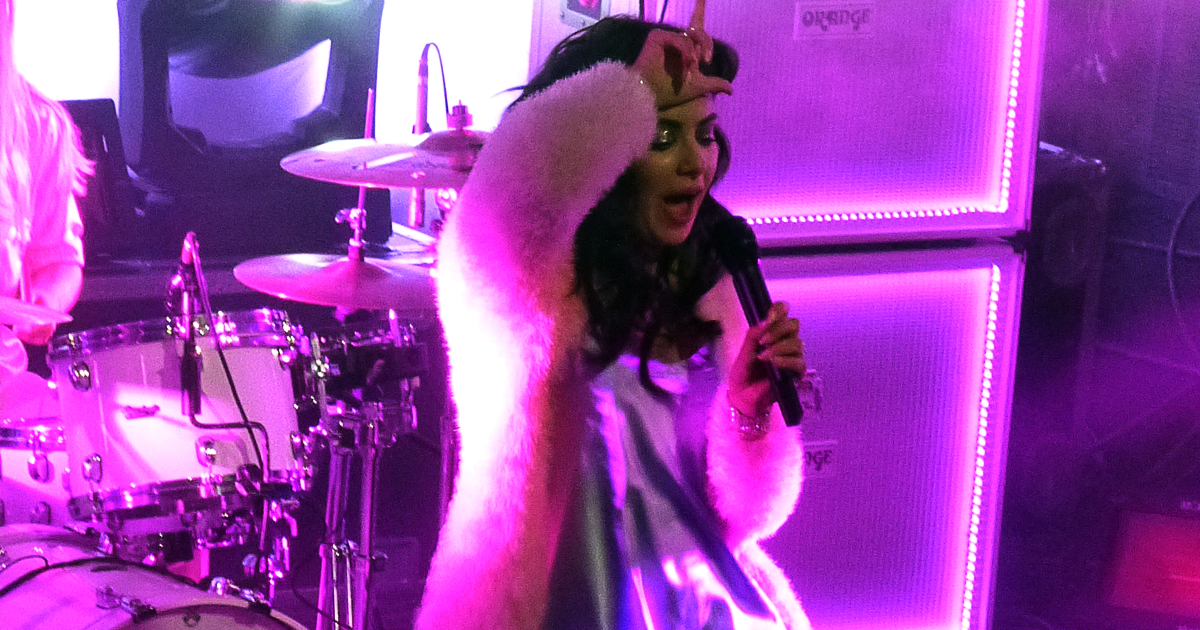 Charli XCX has long been known for her obsessive work ethic, pushing herself and their collaborators to their creative limit, often in a short space of time. Her lockdown album how i’m feeling now was written, produced, mixed and released, all within two months, which is a considerable feat, even if she did have access to studios and producers. The album is an explosive time capsule of her lockdown experience; restless, dreamy, and complete with the distinct sense of a suspension of reality.

The album is an explosive time capsule of her lockdown experience; restless, dreamy, and complete with the distinct sense of a suspension of reality

Its conception alone speaks volumes about a recent phenomenon that has been the subject of much recent debate – that of productivity. There have been countless opinion pieces on whether we should utilise this time at home to maximise our productivity and create increased volumes of work, or if this narrative is unnecessary, even damaging in the face of a global crisis. how i’m feeling now seems an excessive example of maximum productivity, a Guardian profile from two weeks before the release date depicted Charlotte Aitchinson as tired and stressed.

Her brain is “split in two” under the pressure that her self-imposed deadline created. In a time when many preach that we shouldn’t need to be “optimise” our time in lockdown, and should instead focus on taking some time off, Charli XCX’s full-throttle approach to her craft seems to embody someone who is driven by a need to work.

Perhaps more concerning is the message she posted to fans on Twitter following the album’s release which shared her current “fragile state.” Aitchinson’s deep immersion putting out the album seems to have left her with little room to do, or think about, anything else. Once the album is complete, it is understandable to be in a state of confusion. The sharp juxtaposition of manic, time-filled activity followed by a lack of purpose reminds me of returning home after an Oxford term. The lack of structure and bemusement at the concept of free time is familiar to many people, most of us agree that swinging between hyperactivity and then nothing perhaps is not the most healthy cycle.

The production and writing of how i’m feeling now were transparent to a ridiculous degree. Nearly the whole process was documented through her Instagram live, as fans fed back and contributed ideas and visuals. This fearless act of opening up seems both ludicrous and understandable; on the one hand contributing to the performance-art nature of the project, whilst on the other seeming voyeuristic to the extreme. We see Charli create the instrumentals and hear her ideas for lyrics and melody get stitched together through the weeks. Lockdown has highlighted (and heightened) the dependence of our generation on social media, and the production of the album only serves to reflect this fact, whether it be for better or for worse.

Lockdown has highlighted (and heightened) the dependence of our generation on social media, and the production of the album only serves to reflect this fact, whether it be for better or for worse

The album itself is gorgeous, perfectly reacting to our current situation. What makes it so good are the production choices that would have been smoothed out in a longer mixing process, such as the jittering in “I finally understand” and the fade into the bridge of “c2.0”, as well as the scraping and clicking that underpin so much of the album.

Single “forever” is a pendulum of mood changes, swinging between crashing industrial effects in the verses to a deeply yearning chorus. There is a heavy emphasis on repetition which is by no means surprising for a pop album, but foregrounds the obsession and overthinking that many experience during lockdown.

“claws” brims with obsession, the almost paranoiac repetition of “I like” becoming unnerving throughout the song. This theme is also explored in “detonate”, where an initially dreamy arpeggiator motif spirals towards the end of the song, losing grip on individual notes in a frantic ending. Her most blatant discussion of the current situation comes in “anthems”, which uses lyrics to depict her longing for a normal life. The track is larger than life, an industrial beat set beneath whirring synths accompanying lyrics like “I’m so bored” and “I get existential and so strange”. The lyrics are wry and frank: providing snapshots of lockdown life and thoughts between the bombast of the production.

The whole album feels like a time capsule for the strange limbo that most of us currently live in, conveying a deep restlessness for our lives to properly continue

The whole album feels like a time capsule for the strange limbo that most of us currently live in, conveying a deep restlessness for our lives to properly continue. Its production is a singular and unusual insight into one of the most prominent names in contemporary music, as well as perfectly encapsulating the unprecedented age we are living through.