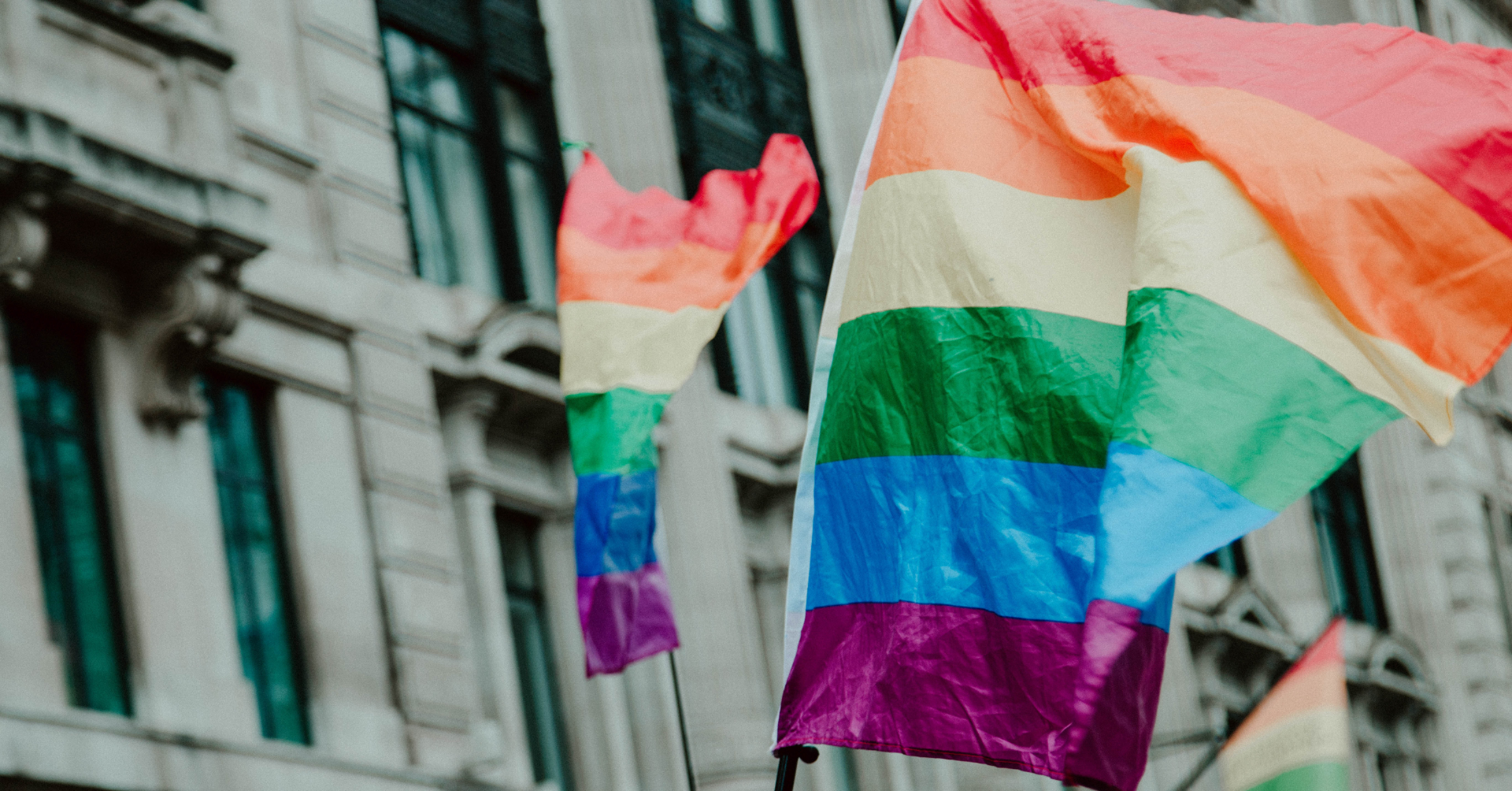 It’s time to acknowledge the problems with Pride

Image description: rainbow flags flying on a street in London

When the organisers of Pride in London announced that 2020’s festivities will be postponed due to Coronavirus, many within the LGBT+ community will have been saddened by the loss of the biggest queer event of the year. Not me.

While I won’t deny that thousands see the parade as a time to publicly declare their identity and have a great day out, I find it hard not to be sceptical about the merits of Pride as an institution. My personal experiences last year perfectly illustrate the manifold problems with the event.

You might remember the staggering statistics from 2019’s London Pride; 1.5 million in attendance in 23C heat. I was due to meet a friend and her girlfriend in Trafalgar Square, and even a raging hangover couldn’t curb my enthusiasm as I boarded the Tube. I’d been to Pride briefly before, but I was excited to attend as an adult, properly out and accepted by my family.

Yet when I stepped out of Oxford Circus after half an hour queuing in a sweaty crowd to get off the platform, my opinions began to change. Rapidly.

I’d heard about ‘rainbow capitalism’, the accusation that Pride has sold its soul to big corporations, but I hadn’t anticipated just how commercialised the parade would be. Past me marched not activists and representative members of the LGBT+ community, but brand sponsors, banks and supermarkets, alcohol companies, political parties, even arms dealers.

I was shocked. Is Pride a place for those selling weapons to violently homophobic regimes like Saudi Arabia, liquor brands fuelling the high alcoholism risk of gay people, and politicians that have introduced anti-LGBT legislation in the past? Here they were, dancing and waving glitter and balloons (single-use plastic, might I add…).

In the hour I watched this rainbow coloured vomit of floats, I saw only one protest float: the ‘Bi Pandas’, a group of bisexual community activists who I later discovered had been set up in 2019 to champion bisexual identity and assert that Pride is a protest. Seeing other bisexuals standing in solidarity and support for the LGBT+ community was the one highlight of the day — I’d encourage everyone to check out the group’s manifesto online.

It’s true that in Trafalgar Square there are stalls offering information packs — for example on sexual health — charity reps, and links to other social movements. But the streets were so overcrowded the square had been closed off by police.

It was then that my day turned from bad to worse. Unable to access my friends in the square, I was trapped in a scrum full of drunken, rowdy strangers and could barely move. As I attempted to make my way back to the Underground, my anxiety swelled into a full-blown panic attack, triggered by the constant loud music and hollering, close contact, and rudeness.

Despite the crush, few revellers showed consideration for others around them, instead choosing to shout, dance, drink, and cheer as if at a festival — when I did attempt to squeeze past a group of older men, I was yelled at for pushing, despite the tears rolling down my glitter-painted cheeks.

That was until a hand grabbed mine and pulled me to my feet. A young man and woman at their first Pride, also disturbed by the crowding and noise, had seen me having a panic attack and come to help. They were the only people to notice me, and helped me back to the station before heading off themselves.

It could be so much more than this sugary-sweet, multicoloured, alcoholic, commercialised photo opportunity

As I sat on the Tube home, one hand clutching my phone to cry into, one holding a wilting rainbow flag, I couldn’t help but think: yes, this is bad for me, with anxiety and a killer hangover, but it could be so much worse. If I struggled to access Pride, what about those with more serious mental health triggers, with autism, young children, or the physically disabled?

What about those exploring their sexuality, wanting to find resources or friendship rather than a faceless crush of bodies? What about those who’ve suffered at the hands of corporations sponsoring the event, or with alcohol or drug problems when both are in such copious supply at Pride?

Was I the only one left feeling isolated and disconnected from the community I’m supposedly part of?

Pride began as a protest, the 1969 Stonewall Riots, and in the twenty-first century, the LGBT+ movement has become more intersectional. The way we see Pride today — as a drunken street party, sponsored by big corporations and the perfect backdrop for meaningless sound-bites — dishonours both its legacy of protest, and its intersectional, egalitarian future.

It could be so much more than this sugary-sweet, multicoloured, alcoholic, commercialised photo opportunity. The saviour couple I never had the chance to properly thank, and the Bi Pandas, sandwiched in between Halifax and Sainsbury’s, encapsulate the spirit of Pride as it should be.

I’m not alone in hoping that Coronavirus will force us to improve the society we live in, regarding capitalism, environmentalism, and inequality. I hope it also gives those of us within the LGBT+ community time to critically reassess Pride, to make it more inclusive, accessible, relevant, and of course, enjoyable for all.