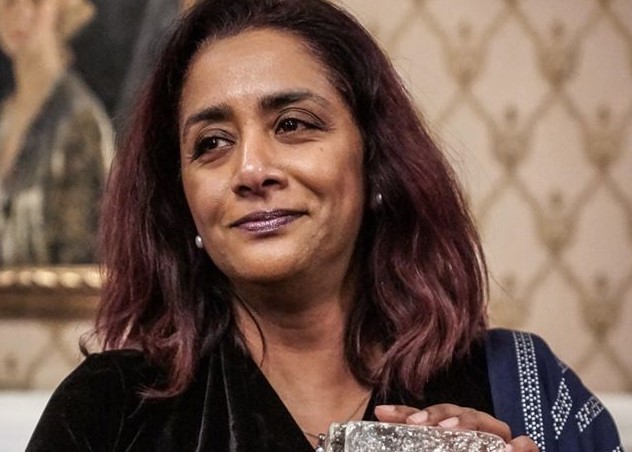 First awarded in 2017, the Jhalak Prize was founded to celebrate books of all descriptions written by British citizens or British residents of colour. The idea came from two writers, Sunny Singh and Nikesh Shukla, who are supported by the authors club, media diversified and an anonymous benefactor who provides the £1000 prize check each year.

From the very beginning, the idea was met with numerous hurdles, including Conservative MP Philip Davies claiming it “positive discrimination”, and attempting to have it shut down. Once it became clear that he had misinterpreted the intentions of the prize, the EHRC dismissed the complaint, concluding that this was the sort of initiative that they support. Professor Sunny Singh, founder of the prize, acclaimed author, and Professor of creative writing and English literature at London Metropolitan University spoke to The Oxford Student about the journey undergone to found this prize.

“In 2015 a report was released, a report that was commissioned by the government, to look at issues of inequality and diversity in the publishing industry. The figures were dismal, worse than a report that had come out in 2006. So, things had gone backwards; in terms of the writers of colour being published, and of staff employed by publishing houses. So that is kind of where it started. When we started looking at it, I knew for a fact that one of the easiest ways to disrupt publishing, is to have a prize.”

Professor Sing explains the Jhalak prize to be “very much the same thing” as long-running initiatives such as the Polari prize and the women’s prize for literature. “Philip Davies had form, he had taken great pleasure in shutting down an earlier initiative, which was back in 2008/9. Sadly, at that point, the people who were involved shut it down.”

“We knew that the guardian had launched a short story prize for writers of colour just before us, so we should be okay. Of course, they came for us, the smallest fish in the pond. But I think that we were very lucky, we got a lot of support. The Jhalak prize has always been a community prize, the people who work on it have always been volunteers. When the equalities commission came after us, we sought legal help, and Kiran Daurka, who is an incredible lawyer, supported the prize pro bono. They backed down, the prize isn’t illegal, it is very much covered in the equalities law.”

The ethos of the prize is very simple, we celebrate, we recognise, we reward, writers of colour in Britain.

“The ethos of the prize is very simple, we celebrate, we recognise, we reward, writers of colour in Britain. The prize is organised by writers, was set up by writers and the judges are always writers. So, in some ways, it’s a prize by writers for writers.”

In Hindi, and similar Northern Indian dialects, the word ‘Jhalak’ means ‘glimpse’, and in South Asian devotional poetry this is extended to mean ‘a glimpse of the beloved’, but Professor Singh explains further significances behind the name of the prize:

“On a personal scale, I decided that I would exercise executive privilege and name it after my grandmother. She was very much anti-colonial, a young woman in the final days of British rule in India who was hugely involved in politics. My grandfather, her husband, worked for the judiciary, and while they were both anti-colonialists, they were kind of in different spaces, so I always wondered what would happen if she was dragged up in front of her husband in court for whatever the police had accused her of. She was quite fiery and I thought it was appropriate.”

Coronavirus had a profound impact on the Jhalak prize’s proceedings this year. The award ceremony was moved online, with the winner’s acceptance speech being conducted in a video chat and the whole process later uploaded to YouTube.

Those involved decided that postponing the announcement of the winner was not an option. The present climate is harsh enough on writers, who have lost readings, book festivals, and signings, and more difficulties seem to lie in the horizon for the publishing industry.

“There are a few things that are worth thinking about. First of all, we don’t know if Brexit will go through and in what form. About 35% of all books published in Britain are sold in the EU. Now we have access to that market because we don’t have to worry about tariffs.

The biggest competitor we have is the US, who have a lot more on their side, including pure financial power. Now when we lose that preferred status because we are no longer a member of the EU, we get in the same line to sell our books as the US. It’s not quite the same as the mouse vs the elephant, but think of it as a goat maybe.

The second part of it is that we are staring some form of economic downturn in the face as a direct result of the pandemic, and that’s a global thing. The publishing industry works on very tight margins. When you see a book for 7.99, that pays the writer, publisher, agent, marketer, bookshop, bookseller, there is an enormous ecology that lives very close to the bone.

Unfortunately, we have a lot of research that shows when things get tough the first thing that goes out the door is anything to do with equality. And then there’s the other side of it. The virus has hit people of colour harder, and that part of wider entrenched inequality and racism.”

While Professor Singh is previously quoted to have started the prize with the intention of shutting it down when it is no longer needed, she now sees the future of the prize differently:

“I realised very quickly that we are going to be here for the long haul. The fact that we are run by volunteers means that we aren’t, at the moment, in the same level of distress as a lot of arts and creative industry organisations are, we don’t depend on government funding. We know how to work with rubber bands and chewing gum.”

Professor Singh has founded the Jhalak art residency to run alongside this prize, and each year a different artist works to create a piece of bespoke art for the winner that fits with the ethos of the prize.

“All creative industries have similar issues of marginalisation, exclusion and lack of representation. The trophy becomes an interesting way of making a visual point, but it is also a way of reminding the wider culture that there is an enormous amount of talent and creative activity that exists outside of the mainstream. I think we are slowly seeing artists getting recognised and getting things like commissions and exhibitions. It is a slow process, but I would rather build slow and build to last.”

This year the prize was hand sculpted out of air-drying clay by Neda Koochakian Fard, who adapted to the difficulties of sourcing art supplies in lockdown and created a beautiful piece titled “rebirth”. This trophy was given to Johnny Pitts, who won it for his work ‘Afropean’. Described by the judges as a travel log meets social and political commentary, Johnny Pitts dubs it a “strange book”, and Professor Singh interprets this for us:

“It is a strange book, and I think that starts with the idea of travel writing. At the heart of it, there is always this idea that your interpreting people and places, and making sense of what you see for people back home. And I think this is the first thing that Johnny overturns, because he is not approaching these places to understand them, he’s looking for community, he’s looking for familiarity.”

“He does not have that arrogance of showing you something, what he does have is this really humble way of recognising that there are people who have come before him, constantly referencing other writers of colour.”

“He’s travelling in places that are unwelcoming and often hostile to people of colour. He’s walking through streets where histories have existed that have been erased and buried. But also, in places that have been built really because of the empire and slave trade and the money that came from it.” The strangeness is in that extremely disorientating process of Johnny Pitts walking those same streets.

Afropean was a unanimous winner, which “embodies the reason the prize was set up in the first place”.

Professor Singh ends the interview with the advice she has for students hoping to go into literature and publishing after university:

“Don’t limit yourself to the cannon. Don’t just read men, don’t just read white men, don’t just read straight authors or able authors. I don’t think you can become a good writer unless you are a good reader, you are critical and widely read. A lot of it is this process of decolonising your own mind, as we are consuming this literature and culture, right from day one, without even thinking about it, and often that critique is limited or softened. Just read as widely as you can”