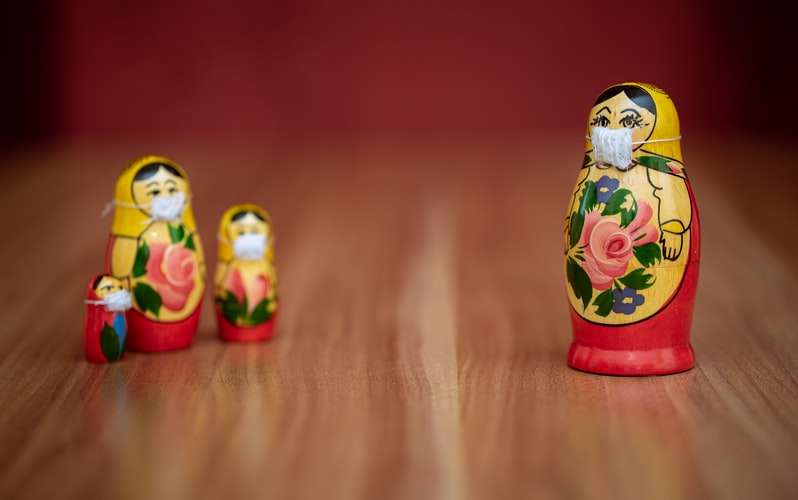 The mathematics of social distancing

“It seems like a pretty standard interview question”, I thought to myself.

Back in 2017, I was preparing for my Oxford interview by taking part in mock ‘Oxbridge-style’ interviews organised between a group of Bristol schools. Testing my ability to apply maths in a real-world context, the interviewer had asked how I would go about modelling the growth of a social media app. Anyone familiar with the explosive growth of Snapchat and TikTok will know that new apps can seemingly come out of nowhere and quickly climb to the forefront of modern-day digital culture.

This exponential growth is driven by the web of social networks we inhabit – with each new person who joins the app spreading awareness to their friends and providing an incentive for them to join. These friends will then, in turn, spread it to their friends – rapidly growing the user base as it ripples through the population, and in TikTok’s case, leaves them with over 800m current users, worldwide. Not bad for an app that was only released in mid-2018.

The choice from my interviewer to make it about social media was arbitrary –many other systems show exponential growth, from the snowballing of debt (saddening statistic – even before we graduate the average UK home students’ debt will have grown by 17%, over another year’s worth of tuition fees), the growth of a bacteria colony or, most relevant in today’s world, the spread of a virus. Covid-19 has grown rapidly over the last six months from a series of isolated cases of pneumonia in China to millions of confirmed cases worldwide, triggering the biggest recession since the Great Depression and significantly altering modern life.

The mathematics behind exponential growth is pretty simple, with the rate of increase of the population of interest (be it social media users, infected people or bacteria in a colony) rising as the population increases. The characteristic shape of an exponential line shows this, curving upwards as it gets further away from the origin. A pretty useful growth characteristic for something like yeast – not so valuable in the case of coronavirus, where for a small proportion of the infected population it will sadly be fatal.

The long-term growth is dependent on the strength of this relationship. Contrast a social media app so appealing that 5 of your friends join after you introduce them with one that is a carbon copy of Facebook, to which you can only convince a single friend to join. The take-up of these two apps will be radically different even just a few ‘friend-steps’ down the line due to the more rapid passing-on rate of the more appealing app. The average number of new friends convinced to join has a pivotal impact on the growth in numbers of users of the app.

Management of the coronavirus pandemic has worked by depressing the average number of new cases an infected person causes. Dropping this number – referred to in epidemiology as the basic reproduction number (R0) – below one is the only way to ensure that the pandemic’s exponential growth is halted, and is the reason why over the past few months more than 3.9 billion people (over half the global population) have been placed under some form of lockdown or “stay at home” order.

Social distancing measures were only ever designed to be a short-term solution, to ‘flatten the curve’ by spreading out the number of new cases over time and ensuring the medical system’s capacity is not exceeded.

The R0 of an infectious disease is influenced by a range of factors, which explains why it can vary significantly between diseases. Measles, one of the fastest travelling, has a whopping R0 of 15, while data from before lockdown estimates Covid-19’s R0 number at approximately 3.0. Some of these factors will be biologically inherent to the disease – such as how long people are infectious, how it is spread and the discrepancy between the onset of symptoms and contagion.

There is little that can be done to control the R0 number by influencing these factors, because they are dependent upon biology. The one contributing factor that can be controlled is the social contact within a population, thereby limiting how easily the germ can jump from person to person. As such, the first line of defence for governments in pandemic management is to control the movement and interaction between people.

In supermarkets, in shops, in workplaces, the signs are all clear – a distance of 2 metres must be kept between people. This has led to one-way systems, protective screens and limits on the number of people allowed to shop, all to keep people far enough apart that they don’t run the risk of transmission. The origins of this 2m rule can be traced back to models of disease transmission developed at Harvard in the 1930s, where William Wells estimated that large droplets exhaled from symptomatic patients either evaporate or are dragged down to the ground by gravity within 2m.

To accept that these droplets hit an effective wall at two metres and go no further, however, is flawed – it’s all about balancing risk. The World Health Organisation’s Special Envoy on Covid-19, Dr David Nabarro, has said that the two-metre guidance “keeps you safe 99% of the time” and that “very few [droplets] travel further than two metres”.

Guidance has recently been relaxed by countries such as France, China and South Korea to 1.5m or to even one metre. Speaking on RTE’s Today show, Dr Nabarro explained that 70% of droplets from a cough will travel within one metre – meaning that relaxation of social distancing measures to 1m could only slightly increase the risk of transmission and the R0 value.

It is unlikely, however, that social distancing measures will be completely gone by mid-summer. Professor Chris Whitty, the UK government’s Chief Medical Officer, has warned that social distancing measures will be needed in the UK until at least the end of the year. Any return to normal would push back up the R0 number, risking a fresh outbreak of coronavirus – the so-called ‘second peak’. Talking at the UK’s daily press briefing, he has said that it is “wholly unrealistic” to expect life to suddenly return to normal soon.

The R0 of an infectious disease is influenced by a range of factors, which explains why it can vary significantly between diseases.

Social distancing measures were only ever designed to be a short-term solution, to ‘flatten the curve’ by spreading out the number of new cases over time and ensuring the medical system’s capacity is not exceeded. Any easing of these measures will more than likely lead to a return of exponential growth, as the R0 value is no longer depressed. In the long run, an exit from the “new normal” of modern-day life will rely on the development of either a vaccine or highly effective drugs that prevent people from dying of the virus.

At the time, I didn’t realise how relevant the question would be, three years down the line. Nor did I expect back in January, when first reading about a strange new virus originating in China, for it to result in such large-scale disruption. Twitter’s owners never expected such a rapid emergence of a rival like TikTok. But this isn’t just blind ignorance on our part – decades of research in cognitive psychology have shown that the human mind struggles to understand non-linear relationships. Mathematics provides us an avenue to escape our linear bias, and in the case of coronavirus, to not only understand the extent of the infection, but to work out how best to respond to and control it.