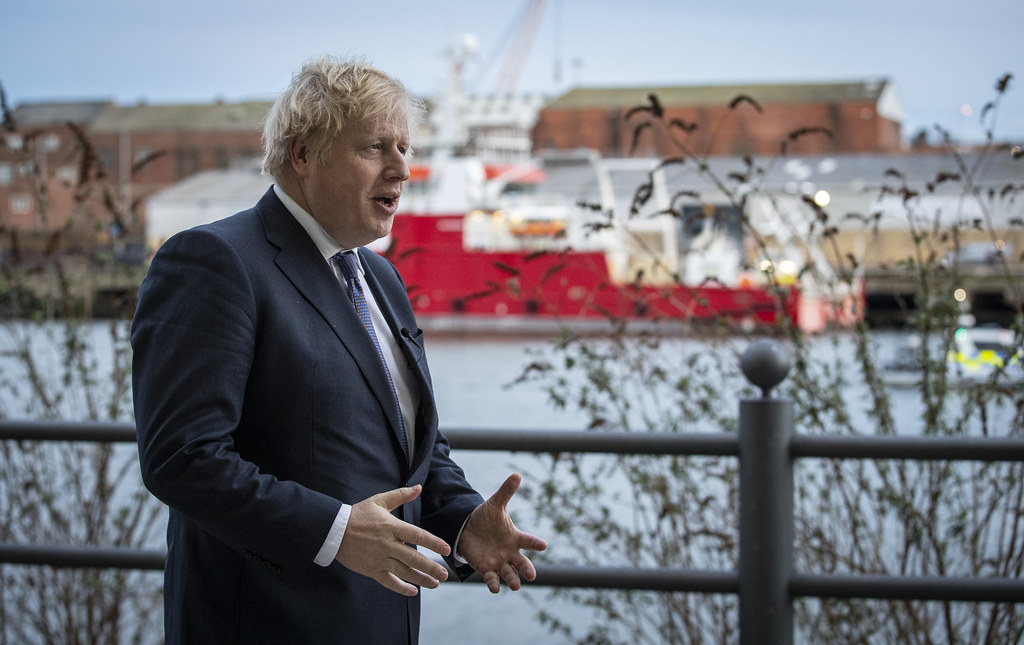 Boris Johnson on a visit to the Sunderland National Glass Museum on Brexit Day.
Comment
·30th May 2020

Image Description: The Prime Minister, Boris Johnson, on a visit to a factory in Sunderland earlier this year.

The details of Dominic Cummings’ trip to Durham is not the most revealing part of so-called Cumgate. For a politician, the matter of a PR crisis​ ​such as that seen over the bank holiday weekend​,​ is one of mitigation. If this is taken to be true, Boris Johnson’s refusal to sack his chief advisor seems to be an incredibly public admission that he values him more than a lead in the polls.

His decision not to dismiss Mr Cummings is unlikely to be due to any particular aversion that Johnson may have with sacking people who are getting in his way. Johnson’s attitudes to those he worked around before becoming PM are clear evidence of this. When his deputy Mayor, Tim Parker, requested that City Hall staff report directly to him, Johnson sacked him. This demonstrates that Johnson is not afraid to lose people. So, then there is something different about the current political double act that is stopping Johnson from acting.

When Dominic Cummings was unhappy in September 2019 with Greg Hands’ approach to Brexit, he furiously shouted: ‘We are going to purge you’. This notion of ‘we’ define the relationship that Johnson and Cummings have. This double act is not a power balance in equilibrium. Whether Mr Johnson wants to purge MPs in this way is irrelevant. Unlike the normal PM and chief adviser relationship, that of Johnson and Cummings is far more skewed: it seems if Dominic wants it, Johnson is his way of delivering it. A friend of mine, when asked for his opinions on the matter, shared his belief that the PM was ‘on board with Dom’s legislative agenda’. This direction of power is rare in Westminster. An adviser helps a politician deliver ​their agenda – not the other way round.

It seems if Dominic wants it, Johnson is his way of delivering it.”

A comparison frequently made is that of Dominic Cummings with Tony Blair’s adviser Alastair Campbell.​ ​This comparison misses the fundamental nature of the Johnson-Cummings ‘partnership’. Diaries published by Campbell show that Blair had a clear vision for what he wanted Labour and the country to look like. Campbell may well have been a central cog in the wheel that led to its deliverance but he was never and never claimed to be the ideological backbone of their government.

This is a significant difference. Unlike Blair, Mr Johnson is known to float with the times and his personal political views are, at best, unclear. This is why it makes perfect sense for the Prime Minister to join up with Mr Cummings as he has. It seems he needs someone to provide him with an ideological purpose.

When Theresa May’s Brexit negotiator Olly Robbins was overheard in a bar signalling May’s possible plan to postpone Brexit, it was seen at the time as very much her plan being revealed. Under Johnson, there just is not the same sense that he has his aims except for the vague promise of ‘unlocking Britain’s potential’, and even that is likely to have come from Cummings.

Johnson needs someone to provide him with an ideological purpose. “

Make no mistake, the Prime Minister’s decision to ride out the Cummings PR storm is a colossal gamble. Number 10 have risked the credibility of most of their front bench to protect Cummings’ job​. ​Johnson will be hoping that this slump in the polls will be temporary and it is likely that the Conservatives will switch on their slick campaigning machine and pump out some policies in an attempt to move public attention from this issue.

While it may be tempting to assume that Johnson’s polling will bounce back, it is vitally important to remember that many Conservative supporters in the 2019 election were first time Tory voters. For many of these people, lending their vote to the Conservatives may have been a very difficult decision to make. The Tories seem to have been able to win their vote, at least partially, by transforming their image such that they were seen as the party of the people. The PM’s refusal to sack Cummings for essentially breaking their own rules will have caused a serious dent in the idea that the Tories are no longer the party of the elite. These first time Tory voters may well see this attitude as taking their vote for granted. In fact, the Daily Mail found 20% fewer people are viewing Labour as ‘out of touch’. It is likely that these are the people who have swung the recent polls towards Starmer’s party – and not necessarily temporarily.

Johnson, as has become normality, is relying on Cummings’ campaigning prowess to overcome this slump. The notable decision of Mr Cummings not to resign suggests that he also believes that he can carry the Conservatives through. Time will tell whether the maverick, who has his fingers on the pulse of the nation, has this weekend misjudged their mood irreparably.