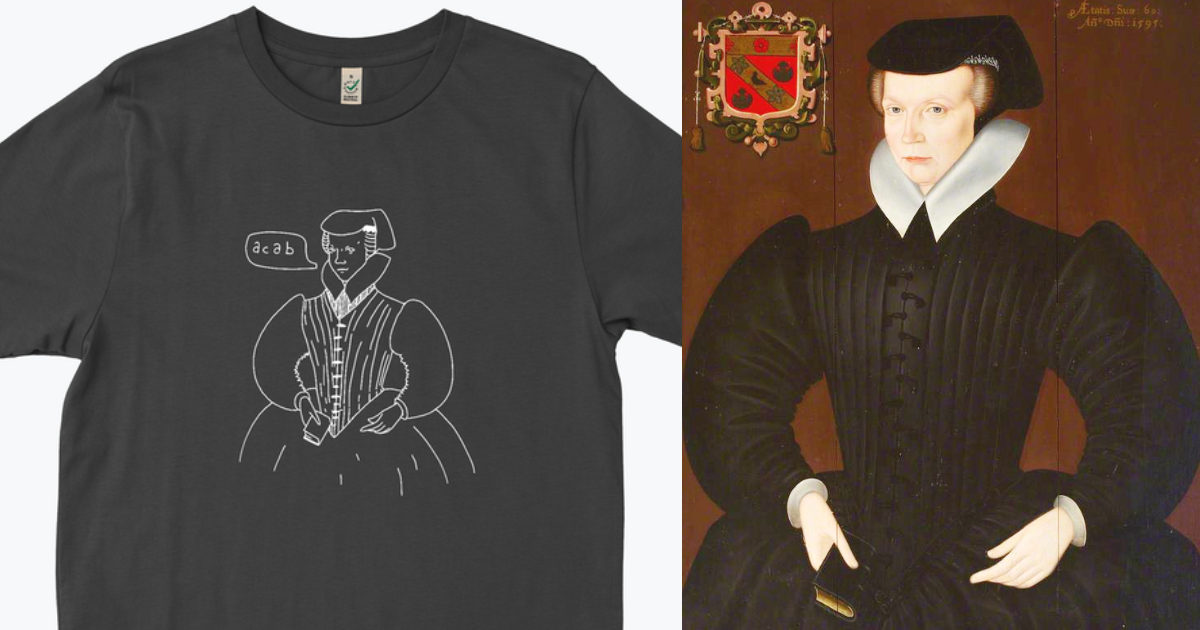 The T-shirt was unveiled last week with the creator of the shirt, who did not wish to be named, later confirming under the post that, “ACAB stands for All Cops Are Bastards. It’s a slogan which reminds us that the institution of the police is institutionally racist, classist and oppressive (regardless of how lovely the cops you’ve met are). ACAB means cops everywhere, not just US cops, not just London cops, not just armed cops.”

They added that “I make 60p per shirt – this campaign isn’t for profit. This campaign is for a daily reminder that the horror stories monthly plastered on our timelines are NOT a distant tragedy and are NOT the only ones.”

An email sent out to all students by the College on Thursday assumingly referring to the shirt stated,

“Please let us remind you that any designs for merchandise, publications, websites and electronic communications, using the Wadham College name, or images associated with the College, must not be reproduced without the permission of the College.  Our aim is to protect the identity and reputation of the College at all times.”

The Oxford Student found that after the email was received, the name of the product on the website changed from ‘DOROTHY W*DHAM SAYS ACAB’ to ‘SHE SAYS ACAB’. The description underneath remained the same, stating ‘if u disagree with her, that’s okay’. There has been no further written reference to who the drawing on the shirt depicts.

The creator of the shirt told The Oxford Student: “This shirt was never intended as Wadham stash – it was a political shirt which I thought like minded people might enjoy. After college clarified their position, I did what I could to further distance the shirt from Wadham.

“I think that the high-profile and unjust murder of George Floyd two days after I designed this shirt, followed by Breonna Taylor and Tony McDade, only shows that this is something that we should be discussing, challenging people on, and being angry about.”

Frances Lloyd, Wadham’s Domestic Bursar, who had sent out the cautionary email, told The Oxford Student,

“The College was not involved in any way in the design or sale of this t-shirt, which was produced without its knowledge. It should also go without saying that the College very strongly disassociates itself both from the product and from its apparent message.”

Historically, the ‘acab’ slogan has been used in reaction to incidents of police brutality.

Although the shirt was announced beforehand, the ‘acab’ slogan has gained recent prominence in the wake of protests across the US following the death of an unarmed black man, George Floyd. A white police officer knelt on his neck, eventually suffocating him, despite Floyd pleading he could not breathe.