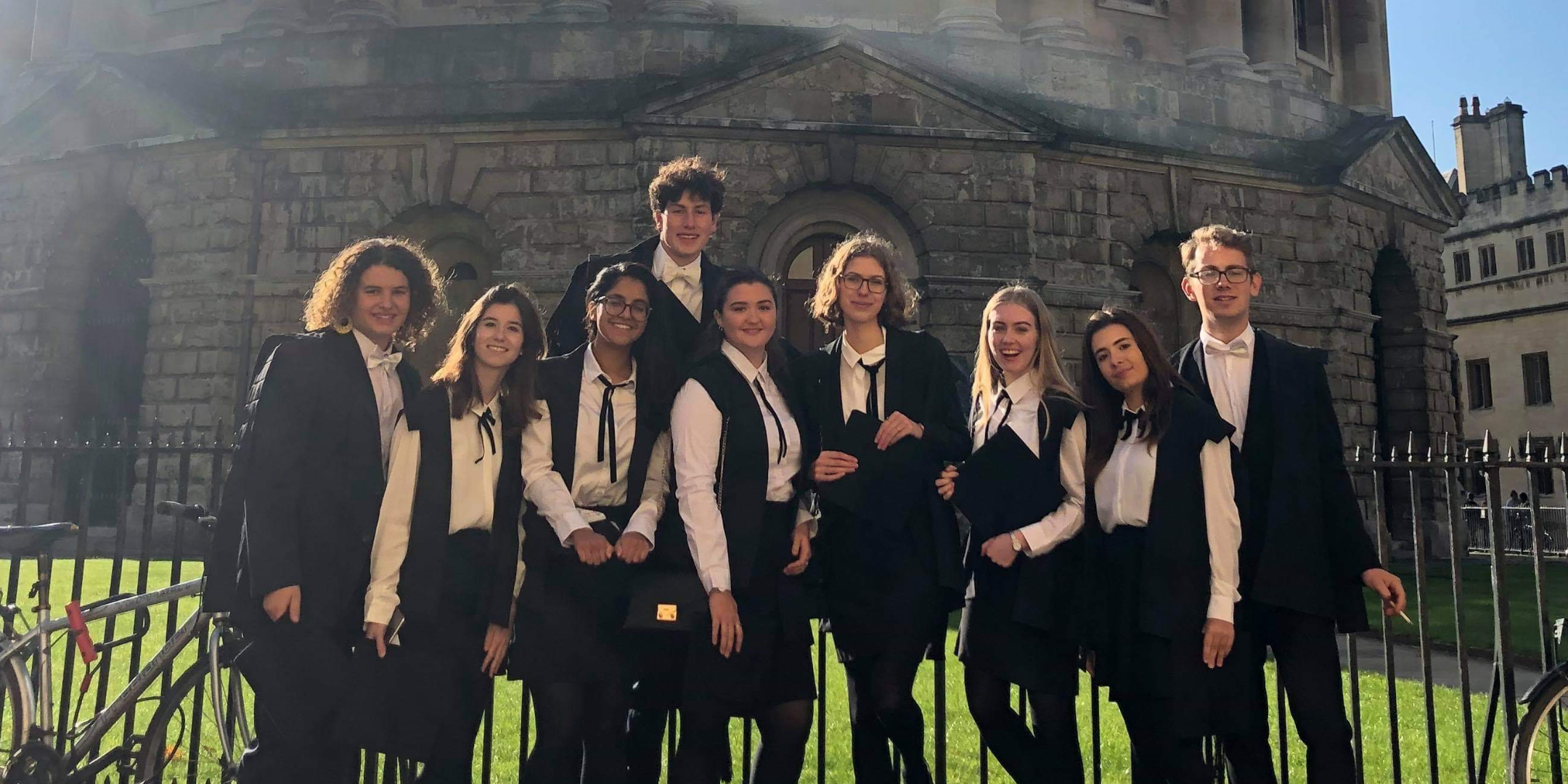 If One Returns, We All Return

Image description: students in subfusc standing outside the Radcliffe Camera

Following the announcements about the plans for the next academic year from Cambridge and others, it is safe to assume that some kind of social distancing will need to be enforced in Michaelmas term. There was even a nod to this in the most recent email from the Vice-Chancellor, who said that it will probably be a while before the libraries are full of people again.

One of the ways to make social distancing easier, some say, would be to keep humanities or non-finalists at home. As someone who’s going to be a second-year linguist, I am naturally offended, but my reasoning for this goes somewhat beyond the very real need for a Hassan’s and a stroll around Uni Parks.

We’d still be paying the same £9,250 as the students allowed back to Oxford, only without the libraries, classes, and tutes.

First and foremost, us humanities students are paying as much as any other home/EU student. I’m well aware that there’s been plenty of debate around the value of this online term, but it’s fair to assume that we’d still be paying the same £9,250 as the students allowed back to Oxford, only without the libraries, classes, and tutes which are so much better in real life. My whole year and everyone doing humanities would be ripped off and ignored, as if we are somehow less worthy of being students than our STEM colleagues.

Linked to this is the fallacy that it is only science students who need in-person teaching, due to labs. While it is true that for science degrees, the labs are a completely necessary component of the course, they are not the only ones. There are dozens of people who do a language from scratch, whether ancient or modern, as part of their degree; while I appreciate the Modern Languages Faculty’s attempts to continue to teach us to the same standard, the conversational aspect just doesn’t work over Teams. It’s a blessing for the 2019 cohort that the University cancelled Prelims because the lack of progress made this term for me and many of my friends is quite astounding and demonstrates why face to face teaching is far more effective.

In addition, are the students who are told to stay home, whether they be humanities or non-finalists, going to have this taken into consideration for exams? So far the University has remained quiet over the position of non-finalists in regards to how this virtual term is going to be reflected in their grades when they do eventually take their exams; this problem is going to go even further and be made all the more difficult if different students are excluded from Oxford while others are allowed to stay.

What are they meant to do? Beam in via Zoom like the Jedi Council on Star Wars?

Beyond the academic side, there is the issue of practicalities. What about JCRs? Let’s say that half of the committee are humanities students or non-finalists. What are they meant to do? Beam in via Zoom like the Jedi Council on Star Wars? We have all learned the hard way how inconsistent the Internet can be, so know that this wouldn’t be particularly enjoyable for anyone involved. This would affect every single club and society in Oxford, with the only benefit being that everyone will be able to put “Amateur blogger” on their CV by the end of their degree.

For many of us, it would also mean not seeing our friends in a uni setting again.

On a human level, it would be devastating to keep students away from their friends for another term let alone a whole year. House/flat sharing plans would be out of the window (an issue for individuals, colleges, and private landlords alike). For many of us, it would also mean not seeing our friends in a uni setting again, with years abroad or finalists being told not to come back. As important as the academic side is, the social side of going to university can’t be undervalued.

Overall, it would be deeply unfair, upsetting, and unwise to pick and choose which students are worthy or unworthy of returning in October. We are one student body, and should be treated as such.