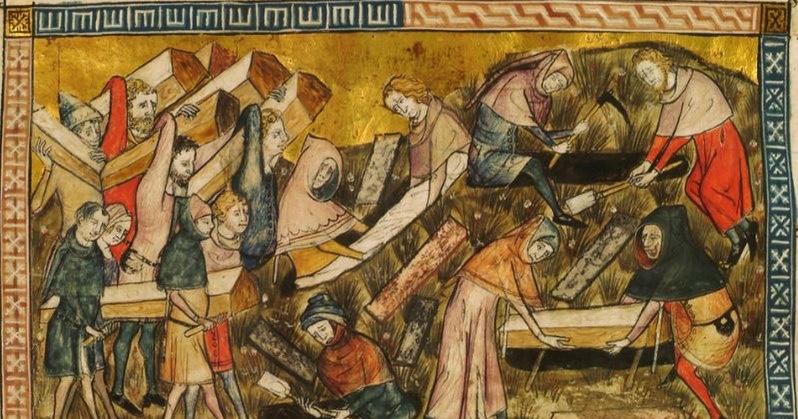 Surviving through History: Oxford’s ambition for learning unplagued by pandemics

For the vast majority of us, the experience and impact of Covid-19 is completely unprecedented and unlike anything any of us have lived through. Many of us are stuck at home with our families: counties, countries and even time zones apart from our friends and Oxford. Colleges are far quieter than they normally would be at this time of year, and libraries such as the Bodleian and Rad Cam – normally buzzing with life – are eerily untouched and closed. Sure, the scale and reach of this global pandemic, which has only been exacerbated by the globalised state of the world, is one of the worst in history. However, it is not the first time Oxford has felt the impacts of a pandemic.

Eradicating a third of the English population, Oxford was not spared from the Black Death of the 1300s. From its arrival to the city in November 1348, it lasted until June the following year. Whilst there are no definitive records of the direct impact and mortality rates of the plague, H. E. Salter and Mary D. Lobel have shone light on the statement made by Simon Islip, the Archbishop of Canterbury, in 1363 who indicated that Oxford experienced a “loss in all branches of learning, owing to epidemics” and that few remained to practice the study of letters. The University also experienced a drop in matriculated students that would not reach the levels prior to the Black Death until the fifteenth century.

However, even during the Black Death, Oxford exhibited a spirit of resilience and hope. Despite the threat of recurring outbreaks making an Oxford education seem like a wasted investment, L.W.B. Brockliss writes that the “ambition and optimism of England’s middling sort” was “undiminished […] by the psychological trauma of repeated visits of the plague after 1350” that “so many yeomen and petty tradesmen were willing to gamble their hard-earned capital on such limited prospects of success.”

In this rather inspiring demonstration of determination, the hunger to learn remained alive despite all the death around them.

Even during the unusually severe plague that emerged in 1603 – resulting in many colleges closing their doors and encouraging its members to evacuate Oxford as soon as possible – a great number of colleges opened their pockets and financial resources to support and offer relief for townsfolk. And even Christ Church College opened its doors to shelter Charles II and his court in 1665.

World War I and the Spanish Flu

When World War I and the Spanish Flu broke out, teaching at the University was generally suspended on the whole. According to Salter and Lobel, the number of residing students below an M.A. degree in 1914 was 1,400: 2,000 less than 1913. By the end of 1917, this dropped to 315, with the majority of those remaining being individuals deemed “unfit for military service.” Many parts of the University, including the Examinations School, parts of Somerville and University College, were requisitioned as military hospitals. Robin Darwall-Smith, the archivist at University College, has said that there is a possibility that some of the soldiers in these hospitals may have caught the flu, and even died from it. However the flu seems to have had little direct impact on the mortality of students at men’s colleges, most of whom had been enlisted. However, the women’s colleges, such as Somerville and Lady Margaret Hall, functioned at a limited level of normalcy, meaning that some sadly passed away from exposure to the flu.

But the impacts of the War and the Spanish Flu were not entirely negative. Valuable research continued to be undertaken in scientific labs, particularly in relation to military concerns and diseases. It then became acknowledged that science undergraduate courses at Oxford should require the development of research skills. The pressures and need for research scientists during World War I led to the decision to change Chemistry into a four-year course in two parts, with the latter part intended for personal research projects.

Even the School of Humanities recognised that the courses they offered provided minimal opportunity to be educated in and analyse the nature of contemporary institutions and problems faced by the modern world.

As a result, the war led to discussions that culminated in the creation of Philosophy, Politics, and Economics (PPE) in 1920, and contributed to the development of social sciences more generally.

With the increasing loss of faith by experiences in the trenches, many students after the war turned away from Christianity, some embracing humanism, and even Marxism.  As a result, the University supported the abolishment of the biblical literacy exam ‘Divvers’. Two years prior to this, one undergraduate wrote a mock ‘Divvers’ question in a student magazine, asking “Where is Rugby mentioned in the Bible?”, pointedly demonstrating the cultural shifts taking place in Oxford after the War.

As it has in the past, the University today continues to persevere despite these similar but unparalleled circumstances. From online tutorials and classes, working around almost every time zone on the planet, to the varying levels of dodgy Wi-Fi and domestic situations, learning continues to be pursued and take place as much as is possible. In many ways, we are lucky that even though we can’t be in Oxford, we can still be part of its life virtually: a blessing that other generations were not as lucky to have.

Like the yeomen and petty tradesman during the medieval plagues, we try our best to display as much optimism as possible about an unknown future.

But the past in many ways can also show us that there is hope: that we all will be able to push on and get through this to eventually return to normality. And just maybe, as we’ve seen in the past, we might also even see some positive changes and developments to Uni itself in the future as a result of all of this.