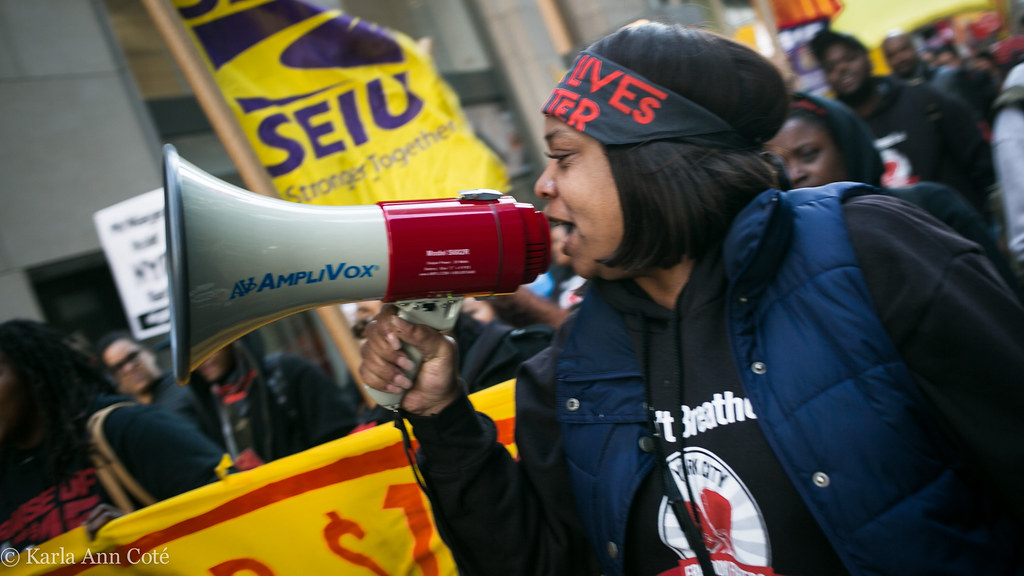 Do not underestimate the power of events. What might look like a mere swell, may suddenly turn into a crashing wave.

The protests in the United States are worse than any seen since the late 1960s. And, in many ways, the country is in a much more dangerous position politically.

The late sixties were a time of high employment, a strong welfare state, a united, fair and critical press, and of civil rights enforced by the three branches of the American government.

Today, the US economy is tottering on the brink of an economic collapse, the likes of which it has never seen. After decades of building up strength in the courts, the radical right has eroded – if not gutted – the hard-won rights of the Civil Rights Movement.

As Bob Dylan said, “When you ain’t got nothing, you got nothing to lose.”

They have also hollowed out the welfare state, healthcare provision and voting rights. They scrapped the fairness doctrine, a law which mandated balanced broadcast news, which has led to a public so polarised by propaganda networks that on any given day on any given issue, the electorate are likely to be split 50-50.

Through so nakedly acting against the American public’s interests for so long, the GOP and corporate Democrats have now so successfully alienated the American people in favour of the billionaire and corporate class – whether it’s over health, civil rights, criminal justice, employment protections, or the appropriation of government money – that they have bred a disaster they may find difficult to control.

Midwifed by a bungled response to a pandemic and an economic crisis that has left 40 million unemployed or soon to be unemployed, this crisis presents a real threat to the status quo.

As Bob Dylan said, “When you ain’t got nothing, you got nothing to lose.”

Do not underestimate the power of events. What might look like a mere swell, may suddenly turn into a crashing wave.

This does not mean that the American state, or its security forces’ behaviour, will at all change. Nor does it necessarily mean that politics will change for the better. Nor that Trump is headed for electoral defeat – or worse – this year.

But any of these things now could happen. As could many other less savoury but equally radical and unexpected outcomes.

The product of 40 years of misgovernment is a political and social crisis whose end is difficult to foresee. American misgovernment has created a public segmented between those who merely ask that the security forces live up to their pledge to “protect and serve”, and those who think that whatever Mr Trump or Fox News says is right, and are either indifferent or pleased by his embrace of racist rhetoric and emboldening of white nationalists.

Hold your breath. For us in Britain, secure from riot and – it must be said, whatever this country’s and its institutions’ faults – in a better place than across the pond, this should be a time for reflection and a time for learning.

I shall end with another quote, this time from George Orwell.