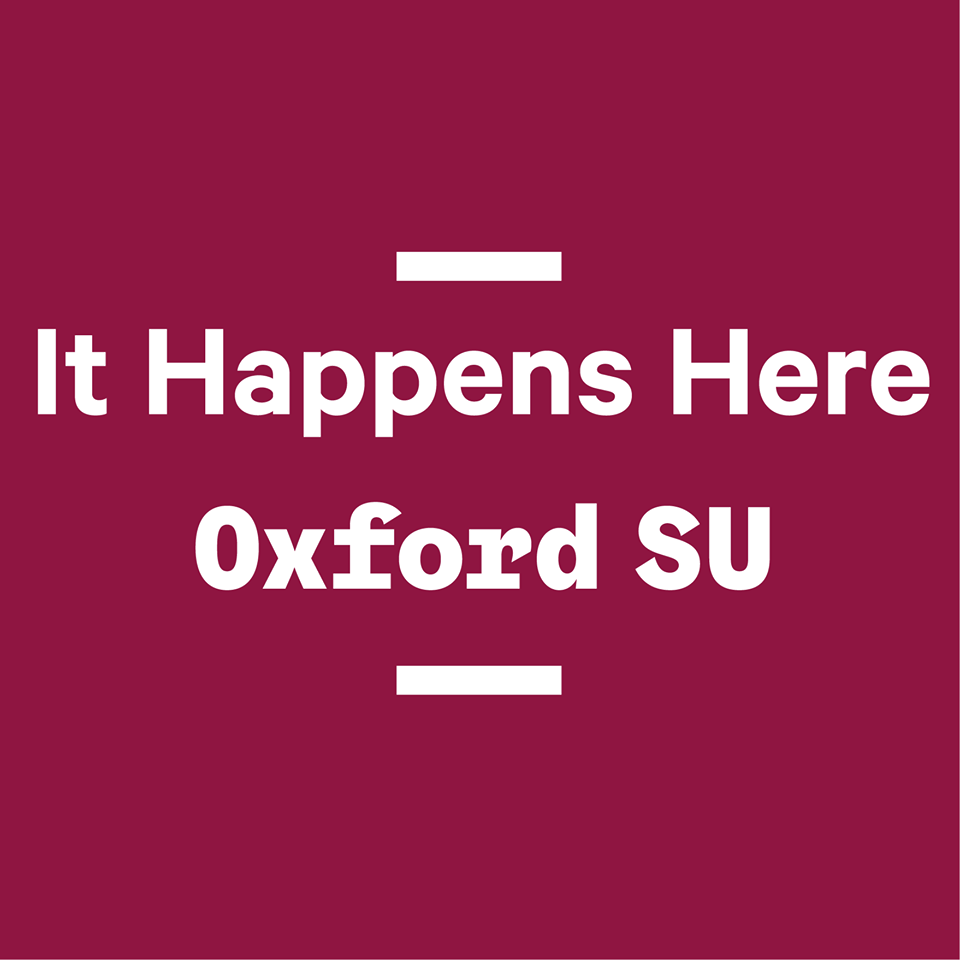 It Happens Here, an Oxford University Student Union group which campaigns against sexual violence, has launched a campaign calling for a ban on relationships between staff and the students who they have responsibility for to be implemented in Oxford University colleges before Michaelmas term 2020.

They have created a template JCR/MCR motion calling for the ban and are asking students to present this motion at their JCR or MCR meetings.

Currently, University-wide policy states that staff members involved in intimate relationships with students must inform their head of department of the relationship so that appropriate action can be taken to remove the staff member’s responsibility relating to the student and to ‘mitigate any unintended consequences’. Beyond this, colleges have much discretion regarding the policy they adopt towards intimate relationships between staff and students.

The motion argues that many colleges should adopt policies regarding romantic or sexual relationships which go further, calling for these intimate relationships to be prevented from the start. The motion cites a 2017 Guardian investigation which found that Oxford University had the highest number of sexual misconduct allegations made by students against staff members across all the UK universities between the academic years 2011/12 to 2016/17.  The motion suggests that preventing these intimate relationships from forming may help to promote a college environment ‘in which students and staff feel safe, supported and free from sexual harassment’.

Currently, St Hugh’s does not allow student and staff relationships. The motion is calling for this to become a policy held by all colleges.

It Happens Here chairs Oluwakemi Agunbiade and Clara Riedenstein, when asked if they felt the ban was necessary, told The Oxford Student: ‘we believe that a ban on academic staff-student relationships will protect both staff and students to ensure the power dynamic that exists between them cannot be misused – as in these cases it can be difficult to distinguish between consent and coercion’.