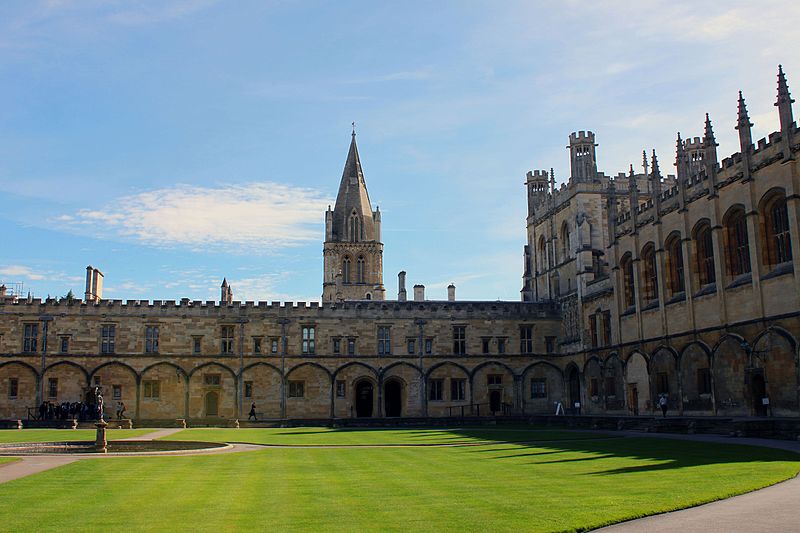 Multiple JCRs are preparing to table motions condemning the handling of accusations of racism during a Christ Church JCR hust, after a candidate for Christ Church’s JCR ‘cake rep’ made a joke comparing the murder of George Floyd to flour shortages. The Oxford Student understands a statement calling on such motions to be tabled has so far been brought to at least 8 College JCRs or JCR Presidents, and is aimed at Christ Church JCR as a whole, but specifically advocates for the resignation of the College’s Returning Officer.

The Oxford Student has been shown the template statement, created by a group of students, which begins by repeating the comments of the candidate, describing them as “disgraceful” and “inappropriate and hurtful for members of the JCR present”.

The statement goes on to say that, “the handling of this matter by the Returning Officer and college as a whole has been abysmal”. This references events after the candidate’s comments, in which the  Returning Officer stated it was “not appropriate” to “make a point or statement at the end of the hustings” or make “political points” in husts, when other JCR members attempted to express their thoughts on the comments. The statement continues, “Even if condemning these actions were not within the parameters of the Returning Officer’s duty, an apology should have been issued.”

It goes on to say, “I call upon my JCR to table a motion condemning the handling of these hustings by the Christ Church JCR and call for the resignation of the Returning Officer and an apology from the Christ Church JCR. Not only is it a misuse of power on a collegiate level, but it is a small-scale example of the significant racial inequality rampant in our society. We, as a college, must show solidarity with the brave individual who spoke up, even when no one else did.”

It concludes that, “a successful motion in each JCR would…help provide a semblance of reassurance to the brave individual who spoke up, as well as others affected, about our student body at Oxford as a whole. We as students can and should do better.”

So far, the statement has been sent to the JCR or JCR President of: St Peter’s, Magdalen, Regent’s Park, St Anne’s, Somerville, Brasenose, Lady Margaret Hall and Corpus Christi, with more expected.

The Returning Officer for Christ Church told The Oxford Student that he “will be commenting, but will wait for the censors to release a statement first”.

Mo Iman, who is proposing the statement to Somerville, said that he is doing so because “on a college by college level, it can be deeply alienating to stand up for what you believe in, especially on sensitive issues such as race. The person who challenged the candidate rightfully stood up to an insensitive and callous moment made by someone running to be in a position of care. It is upsetting and deeply worrying how easily members of her college sought to silence her voice as a black woman”.

On the issue of colleges interfering with what happens in another, he said that they should “call out a College which seeks to make Oxford a worse place and Christ Church has unfortunately done this by silencing this student and, subsequently, demonising her. The college administration and JCR leadership have serious questions to answer as to why this happened and how they can prevent this from ever happening”.

In response to the statement, a Christ Church student (who wishes to remain anonymous) has told the Oxford Student that “all members present were muted by default to allow candidates to be heard, allowing hustings to work smoothly on a call of 100 people”. They go on to say that they “believe the Returning Officer made the right decision in not allowing the matter to override the meeting, which went on until very late anyway”.

On the issue of other JCR’s making motions about Christ Church, they said that “instead of involving themselves in this matter, perhaps they should take a moment of introspection about their own colleges rather than condemning a College where the vast majority of students were appalled by the candidate’s comments but accepted that the President would deal with it, as he did”.

Following the hustings, the candidate who made the remarks withdrew. A statement from the JCR President said that he “deeply regrets the hurt and anguish caused”. The President also wrote that he is “proud of this JCR for being a tolerant and progressive community. But we cannot be complacent; like every other human institution, we still encounter difficulties and we must learn to live with one another peaceably. The JCR cannot simply rebuff ignorance and hard-heartedness, it must demonstrate enlightened thinking and empathy”.

This comes after controversy today surrounding messages made by a former union candidate, that invoked the George Floyd protests whilst asking union members to register to vote in the upcoming elections. The fallout from widespread condemnation of these messages eventually led every officer candidate for the Elevate slate to drop out of the Union elections.