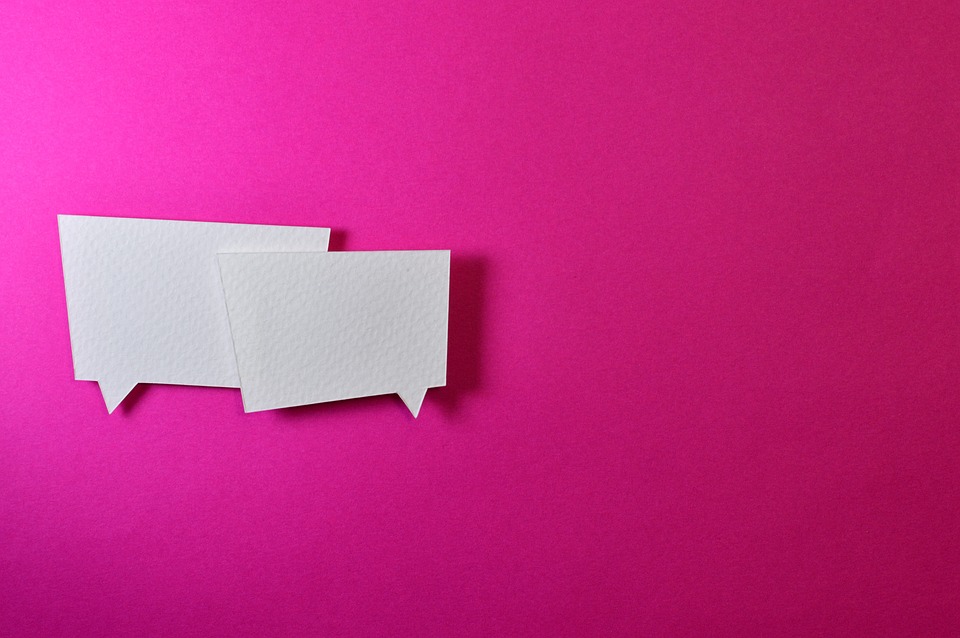 I saw one of my close friends – who importantly is one of my POC friends – the other day, and I expressed the unshakeable feeling I had of being rubbed the wrong way by some friends’ silence, in the recent outcry against the murder of George Floyd. She immediately validated my feelings and I told me that I had the right to be annoyed – it also angered her.

Many people are quick to chime in with their two cents about other political issues – haven’t you expressed your feelings about Brexit? I believe I saw you post on your story about women’s* rights? So why is it that many people are quiet now? I have seen plenty of Instagram stories of plants and cats – it makes me question – is the fight against police brutality not as obviously important? Is it because it does not directly affect them? Is it because they do not feel that this is their responsibility too?

Simply ‘not being racist’ is not enough. We all have a voice.

What baffles me is that I am quite sure that many people who have stayed quiet have friends from other races. And I would like to continue to believe that they wish only the best for their friends. So why not fight against the discrimination which they may face? My friend and I also exchanged notes about the reactions of close black friends in our lives: they were exhausted, sensitive, and emotionally drained. I cannot fathom how one can watch someone they love be forced to go through those emotions so regularly, and yet remain silent – it should inflame your anger and upset even further. Fight with them.

The passion and/or care one shows through their actions (or lack thereof) illustrates their understanding that their friends’ struggles are theirs too. To be silent can be easily translated as not understanding, or perhaps not caring about, the severity and seriousness of the situation. Simply ‘not being racist’ is not enough. We all have a voice. People seem to be able to talk about basically anything else. It is not acceptable to state that you are ‘apolitical’, employing that position in a time of moral turmoil is itself a political statement – one highlighting your privilege.

If you don’t post or donate or sign a petition, please ask yourself – why is that? If you do one but not the other – why is that? Do you donate in private and use that as an excuse as to why you don’t need to post, because this topic is not something you want on your page? Do you repost for online validation as your yearly act of activism but with empty words? If you think you have ‘done enough’ then you are not anti-racism – the fight is never-ending for your BAME friends. It is your privilege that allows you to easily ignore racism.

If you’ve never experienced being seen as less than because of the colour of your skin, then you’ve never been forced to think about this issue. Force yourself to face uncomfortable issues, educate yourself on how to be anti-racist, demand better from those around you.

I gave a similar rant on my private Instagram story – specifically aiming at certain people. I stated at the end ‘if you think my previous stories are about you then they probably are – please pop up and have the conversation with me. This is me trying to explain and give my two cents as a person of colour and asking you to listen. Or even better have the conversation with someone from the black community.’ Some friends popped up and engaged in a discussion with me, some didn’t.]

White people especially need to stand up and share their support, as they have the majority voice.

A common thread was that they didn’t feel that sharing was very helpful, or that they didn’t want to offend anyone, or that they didn’t want it to seem as if they were reposting to ‘tick off’ that they aren’t racist. I understand that some posts have become quite performative – for example, the chains of #BlackLivesMatter where you tag people to repost has been viewed controversially. The scepticism that people who think simply posting is enough is fair and true. To reiterate my previous point, posting without donating, or other actions, is just an illustration of empty words.

However, it must be recognised that social media is a crucial tool. This issue is not one that will prosper by going unsung. This is an issue that needs to be in everyone’s faces, one that I hope people will keep sharing to put public pressure on the police – the main reason why the officers were finally charged. I looked back upon the #BlackLivesMatter post and hundreds of thousands of people reposted – the tagging encourages around ten extra people to share the hashtag and the message thus reaching a larger audience. White people especially need to stand up and share their support, as they have the majority voice.

People forget the significance of the majority voice in the fight for minority rights. Those who studied the American Civil Rights Movement in history, will remember that the media furthered progress. That is still relevant today. Media attention in this specific fight is necessary, and one should not undervalue its significance. It further encourages other people to donate, sign petitions, and spread awareness on other alternative actively anti-racist actions one can do. Furthermore, it personally shows your black friends that you support them as an ally.

For those who worry that they may offend somebody by sharing or lose a couple followers – who wants the company of racists anyway?

Some people argued social media trivialised the issue into a performative action – instead they pursued other avenues: one on one discussions with friends or educating themselves on the matter. But why is it an either or? I am glad that some of my friends intend to continue to care about challenges others face when this topic has left their feed. But some people undervalue the power of the media – as I mentioned previously spreading awareness can lead to others taking further action.

Speaking to only a handful of people will not have the same effect as sharing resources to a couple of hundred people. I have had open, sometimes uncomfortable, but always productive conversations with over half a dozen people on this over the last few days. It is extremely worthwhile and allows you personally express your thoughts and debate theirs – but these conversations arose from my social media posts.

It can lead people to reflect and reassess their responsibility and force them to engage with the issue – especially with international friends, able to spread awareness in other parts of the world where the topic is not as well known. For those who worry that they may offend somebody by sharing or lose a couple followers – who wants the company of racists anyway?

I find the argument of ‘I am not educated enough’ quite restrictive: you can always learn more and I urge you to do so, but it’s not an excuse to do nothing. I don’t think many people – most definitely not me – claim to know everything on a topic or be the most informed. But it is better to do something halfway than not at all. Perhaps you feel your feed is saturated with the same reposts – find something nuanced that you think is beneficial; activism is personal. Or to repost a thread detailing what one can do in the UK, if you feel that donating to a charity in the US will not change your reality nor dismantle your own privilege here.

It is important to think critically about what you post and whose voices you are choosing to share. Tap into how others may feel – your voice can help support them in their struggle.

I also have heard that is infuriating that some people who have posted on the topic never spoke up about it before. Believe me, I understand that it is frustrating that these issues seem fleeting on social media for many people. But sometimes it takes a big scandal for people to realise the significance. Furthermore, I think it quite a restrictive mindset to believe that if someone has not always cared then it discredits their activism now – someone may just now be acknowledging and assessing their privilege and thus be working on educating themselves. Progress should not be rejected.

Social media can, and should, be a tool through which non-black counterparts amplify black voices.

Likewise, two friends mentioned to me that they felt it was better for POC to speak up on this issue, being more informed. Honestly, I think this is avoiding responsibility and excusing yourself from the fight. One friend told me their black friend said it angered them when they saw their white friends posting about the issue. I can’t speak on behalf of the black community but be aware that it is not a monolith. In my experience, my black friends have been happy that I act as an ally to the best of my ability. I think it is important to be aware that you speak with, not over them.

Social media can, and should, be a tool through which non-black counterparts amplify black voices. I have been worried about speaking over the black community when some people have replied to my story looking for advice and to that I simply reply that it is best for them to ask someone in the black community who is more informed than I am. But is important to note that it is not the responsibility of the black community to educate you – especially if you had not attempted to research by yourself prior.

However, sharing on social media is not enough. There is a lot of other anti-racist action that one must carry out off screen. I am simply stating it is the easiest step and thus inexcusable to avoid. But it should by no means be your only step. One friend at the end of my conversation with her stated ‘it has made me reconsider if saying it was just because of my dislike of social media was an excuse to not examine the privilege I have in avoiding the issue’. I think this is important to reflect on. One cannot judge how much someone does in private and whilst I would like to believe that my (white) friends are genuinely educating themselves – I don’t feel many of them are – it’s very easy for people to ignore the issue when it doesn’t directly affect them.

The issue is that by saying ‘I’m not advocating silence’ but publicly remaining silent you aren’t saying you silently agree.  You’re saying nothing. Another friend told me she was ‘openly ashamed’ after not reflecting until my story forced her to – her exact words were ‘my privilege exploits racism’. She spent the next day educating herself on race issues, listening to individual stories and is now committed to sharing this information with her non-black counterparts. Use social media as a tool to encourage others to participate in tangible actions: educate yourself and others, evaluate the racism that exists in our own communities, change your behaviours with examination of your privilege. 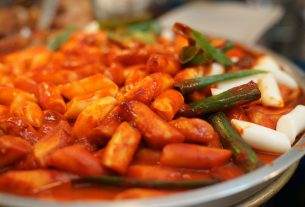 How the Coronavirus has got me into cooking Korean food 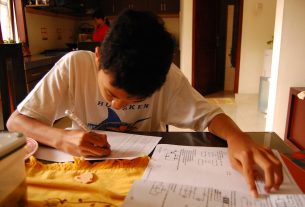 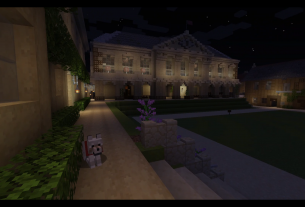 For people like me, Virtual Trinity is a blessing in disguise