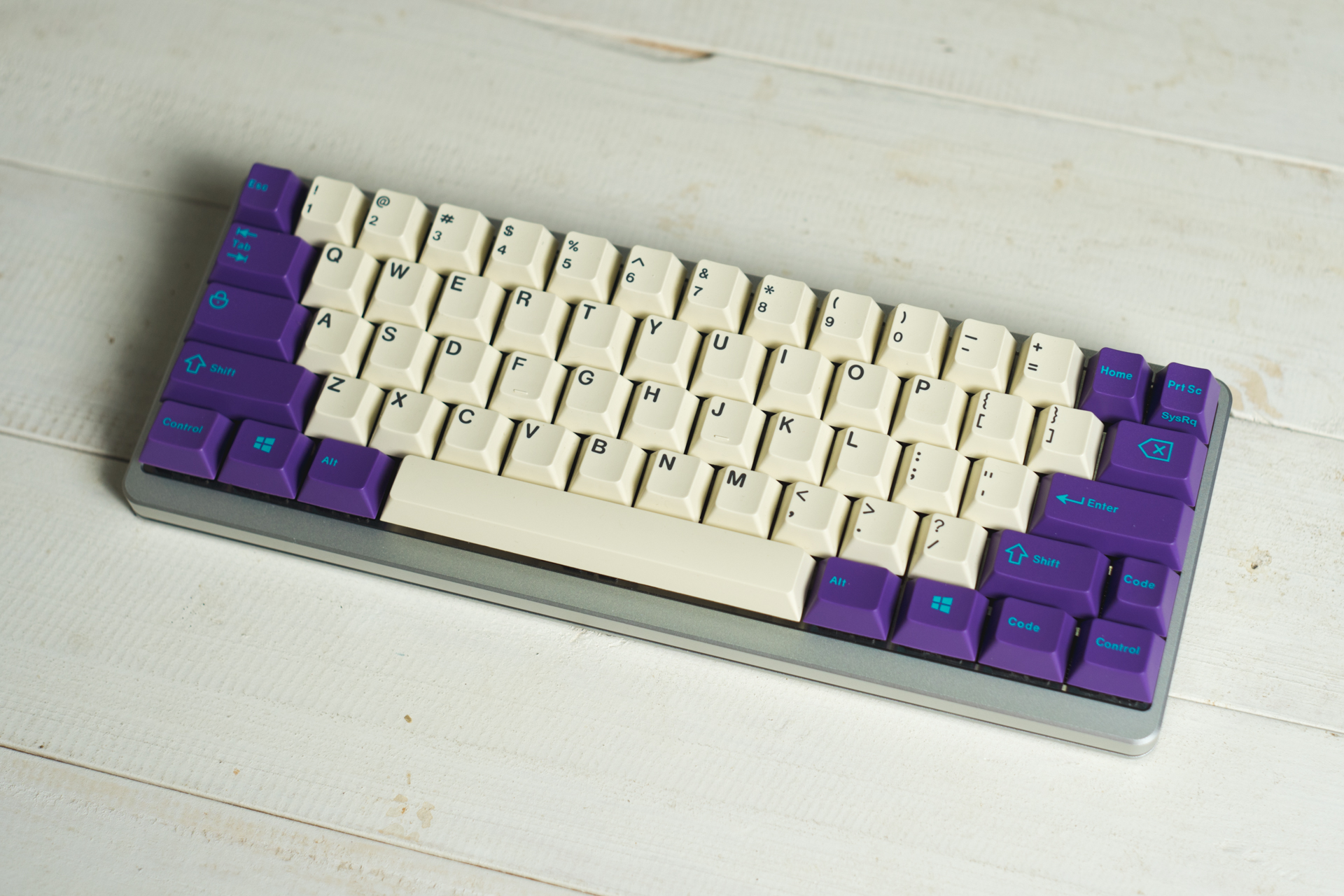 There are over two billion keyboards in the world. They are one of the most used objects in daily life. Yet the trillions of words written every day are largely conveyed through dull, black, plastic varieties that proliferate offices everywhere. The average person will spend five years of their life typing – more than they do driving – but whilst we will shell out thousands to purchase and maintain a car, very few of us will proffer more than pocket change for a keyboard.

This is not the case everywhere, however. Propagated through a small number of subreddits and specialist forums, the “keyboard community” takes typing seriously – very seriously. This weird and wonderful world of geekery is thriving, and spawning, under lockdown.

It all begins with typewriters. When stenographers used to painstakingly draft their documents through keys and ink, the typing experience was very different. Pressing a key would result in a physical action – the typebars swinging up and striking the paper through an ink-stained ribbon. Every time a letter was pressed, there was a real and tangible process behind how that letter ended up on the page.

With the advent of PCs, however, people found new ways to interface with their work. Keyboards no longer needed to produce physical action – only the register of a keypress. Thus, as computers evolved, keyboards became less and less responsive, and build quality worsened, until we ended up with the tacky monstrosities we have today.

The mechanical keyboard industry seeks to recapture some of that reassuring tactility that was lost with modernisation. Whereas normal keyboards register a keypress when the key bottoms out on a spongy capacitive membrane, a mechanical keyboard incorporates a physical mechanism that actuates partway through the keystroke. Not only does this allow faster and smoother typing, but it gives a night and day difference in how it feels to type.

Thus, as computers evolved, keyboards became less and less responsive, and build quality worsened, until we ended up with the tacky monstrosities we have today.

For that reason, gamers, writers, and programmers have been using mechanical keyboards for decades. Like a PC, you can simply buy a mechanical off the shelf; from Corsair, Logitech, or Razer. But for those that want to push the bar of quality and feel, the only option is custom-built.

It’s fairly easy to build your keyboard. There are only five classes of parts to deal with: keycaps, switches, backplate, circuit board, and the case. Some people agonise over modifying the USB cord too, but this is largely an aesthetic choice.

Linear switches are super smooth and silent, requiring the same force on the key all the way down. They are usually preferred by gamers for their speed and lightness. Cherry MX Reds and Blacks are the most common varieties. You’ll notice that switches are usually named after colours: this is a convention started by the German manufacturer, Cherry, that originally held the patent on mechanical switches. It was carried on when Asian firms like Gateron entered the market after the patent expired – and improved on Cherry’s original formula. Gateron Yellows are one of the best linear switches.

Tactile switches keep the silence but add a “tactile bump” halfway through the keypress. This allows your fingers to sense when the key is actuated before it hits the bottom. As a result, if you train yourself properly with these switches you can type extremely fast. They are also very satisfying to use – kind of like popping bubble wrap. This may be why they are the most popular form of switch. Cherry MX Browns and Clears are the standard varieties, along with Gateron browns, but many turn to modding switches to create the perfect concoction.

“Frankenswitches”, like the Holy Pandas that Fortnite streamer Tfue uses, or the “Ergo Clears” popular on Reddit, use the spring or housing from one switch, and the stem from another.

Finally, clicky switches keep the tactility but add a literal click halfway through the keypress. This acts as feedback for actuation like the tactile bump does, but with added audibility. Traditionally finding popularity with writers, programmers, and other people that type extremely large amounts, they often conjure a love-hate relationship. You may love them because it makes typing supremely satisfying, but your co-workers and flatmates will hate you because of how loud they are. MX Blues and Greens are staples, but Kailh Box Whites or modded Aristotles have a much crisper feel.

It’s actually fairly easy to build your keyboard. There are only five classes of parts to deal with: keycaps, switches, backplate, circuit board, and the case.

There is an even greater breadth of choice for keycaps. Somewhere out there on AliExpress, Banggood, or specialist retailers, there is every colour combination imaginable. If not; simply buy multiple sets and swap parts as desired. Artisan keycaps – usually used for the ESC or arrow keys – are painstakingly crafted from precious metals or wood. Often handmade, they feature tiny intricate sculptures or highly detailed prints, like entire worlds contained within a key.

On the commercial side, brands like GMK have built up cultish followings around their releases. Their most popular set is the Japan-inspired Bentō, which features Japanese Hiragana legends, a seafood colour scheme, and line drawings of sushi rolls on the modifier keys.

Custom keyboards have a smaller footprint than full desktop varieties. Most forego everything right of the enter key, leaving a compact 60% layout centred around the letters. Some opt to keep the arrow keys in 65% or tenkeyless layouts, but others go to the minimal extreme and eliminate all but the essentials. These 40% layouts are common in ortholinear keyboards, where the keys are arranged in a grid rather than being staggered, and in kits where you have to assemble the circuit board yourself. Some keyboards also split into two parts – one for each hand – to improve ergonomics.

Building a keyboard is surprisingly easy – if you choose a hot-swappable circuit board, it’s simply a case of slotting the parts together and plugging it in. However, the cost can be prohibitive. Although careful selection of parts can bring the total price into triple digits, an excellent setup – with an aluminium case, brass backplate, and Zealio switches – runs more than £200. Using rare or unique parts can bring the cost into thousands.

Keyboards may seem niche, but under lockdown, niche hobbies are on the rise. Parts are sold out everywhere online, and because there are only a few retailers that cater to the keyboard community, this completely restricts supply. In a world where so many of us are living half our lives through computers, many it seems have decided to treat their fingers to something nice.