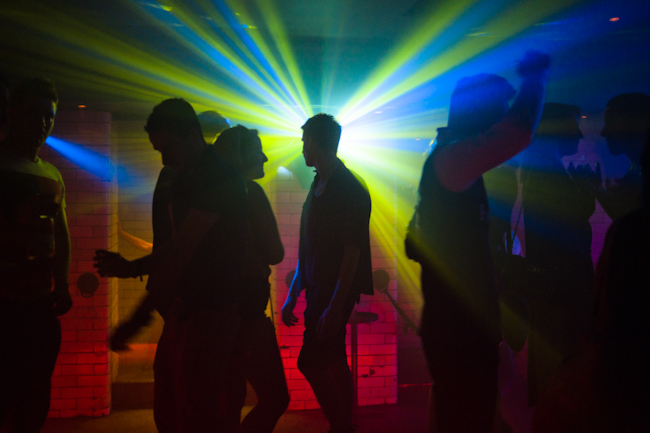 Can straight people go to Plush?

Like many, I find it easy to promote the existence of spaces exclusively for the LGBTQ+ community, but difficult to imagine the practice. We are a community in advocacy of inclusivity; harbouring those who face rejection for who they are and providing the familial support that so many need. How can this possibly be married up with a desire for exclusivity?

Few members, I imagine, of the LGBTQ+ community would suggest that there is no need for safe spaces. An overwhelming presence of straight and cis people in our spaces can be deeply intimidating to those who rely on these spaces as a relief. Yet time and time again, we are met with confusion. Without lived experience, without asking the right questions, some cisgender heterosexual people have never thought twice about the function of a safe space such as a club like Plush.

They provide an escape from the fetishisation of lesbians by straight men, and to a growing extent, of gay men by straight women. A refuge where closeted or questioning people can explore, anonymously, and engage in anything from casual sex to a real connection with a lifelong friend or partner, in the manner that their cishet friends have been taking for granted in other nightclubs.

Being with other members of the community, a pool of people significantly more educated on the issues that trans people face, and on the fluidity of gender and sexuality, is a necessity for many of us to finally feel liberated from judgement.

Of course, for many, being seen in these spaces and being confronted about it is a deep fear, for their wellbeing and survival may force them to stay in the closet.

Furthermore, it must be noted that to stigmatise hookups between men and women in our spaces is potentially alienating to bisexuals, pansexuals, and trans people who identify as straight. Such an erasure is committed all too often when queer discourse is spearheaded by one intersection of our community. Therefore, the increasing presence of cishet people in these spaces is both a concern, and a safety net, and it becomes evident that this matter hinges delicately on the actions of individuals.

While we heighten the risk of the personal damage that an ignorant minority may cause by outing someone, the alternative has similar dangers: the assumption that every single person in a gay bar is queer could undermine someone’s safety.

This contradiction is the epitome of our dilemma. We are trapped in a cycle. We want subtlety, discretion, but we also want to have fun. As society has progressed, our spaces have become popular and appealing to the mainstream. But in exchange for further acceptance, we lose our subtlety, our anonymity, and our security, and feel pushed out of our own space as it becomes dominated by the same demographic that we were separating from, that which dominates our everyday.

How do we pinpoint exactly when that presence becomes disruptive? Perhaps this discomfort, as we attempt to become discursive bouncers is an inevitable reality – can we blame this on those who are supportive and attentive allies to their friends, as many of the clientele are? Or is this a debate we will be doomed to revisit over and over until the day when there is no longer a force pushing us into the periphery, and our survival is guaranteed?

While we are trapped in the closet of a heteronormative and often homophobic society we can’t have it all.

Then again, if a society is the manifestation of a series of actors, with whom do we lay the blame?

The issue does not lie with those who are genuinely supportive, accepting and responsible allies; the people who consult their queer friends before entering a queer space, who listen to their experiences and work to understand, who make an informed decision to step back from resources that are not theirs. It lies, in different ways and extents, with the flippant, the aggressive, and the predatory.

Arguably, in all clubs, it is the responsibility of each individual to be self-aware, to refrain from any conduct that could be detrimental to another person’s night. In gay bars, there is simply more to take into consideration. The devastating reality of nightclub harassment leads to a perception of gay bars as a safe haven for women, a break from the hypersexuality of the clubbing scene. This begs the question, can a nightclub be considered a safe space?

Why is it that we defend so fervently our bars and clubs, spaces that are almost inherently volatile, and entrust them as the centre of our socialisation? (This is not to lay blame on ‘the club’ as a faceless institution; it must never be denied that individuals are the perpetrators of all scales of boundary transgression, from verbal to physical assault, and that intoxication does not absolve someone of accountability.)

It is arguable that under the constraints of heteronormativity, our community relies on the release of inhibition that alcohol provides. Therefore, we are forced into circumstances which in turn expose us to risk, an injustice that we know, that we escape through solidarity with familiar faces, and that we attempt to minimise through exclusivity.

I put it to allies, to the straight and cis people outside of our community who enter our spaces: think carefully.

We are not in the practice of excluding people simply because of an assumption of how they identify; you are a guest in a gay bar. Consider the reasons that queer individuals may have for choosing to come to a designated queer space, and act accordingly.

Much of this debate originates in the friction between the desire to celebrate our queerness and the contradictory desire to have it overlooked, resolved only by the secrecy that we as a collective no longer require. The discourse surrounding the term “queer” perfectly embodies this paradox. We have reclaimed an old slur that differentiated us, and with time “strange” has ceased to indicate “inferior”, and “different” has become, arguably, neutral.

To invalidate the harmful stereotypes that brand some of us catty and force others into a femme/butch binary, must we invalidate them all? Sometimes it feels as though the mainstream idea of the gay scene, in all of its glitz and glamour, is preferred to the gay reality. This vibrant queer ideal is an outlet, a product of our pent up fears and heartbreak, misinterpreted by those outside its reaches.

What is clear is that we represent a diverse forum of voices and experiences, and therefore perhaps it is an unhelpful approach to refer generally to the whims and characteristics of such an enormous collective. This is the root of the conundrum; it is the reason why we can’t offer a quota for how many straight people may enter a bar, or a diagram outlining the essential features of a Plush patron, but we can offer information.

I confess that I worry about the impression we give as a community when we shut our doors to outsiders, though it is difficult to extend so much trust when both our historical and lived experience may warn us to redact it. But perhaps I tend to put the feelings of others first – I don’t claim the authority to say that all of us should do the same. It stands that LGBTQ+ spaces are essential to the survival of many members of our community, and that an understanding of this is fundamental to the conduct of a successful ally.