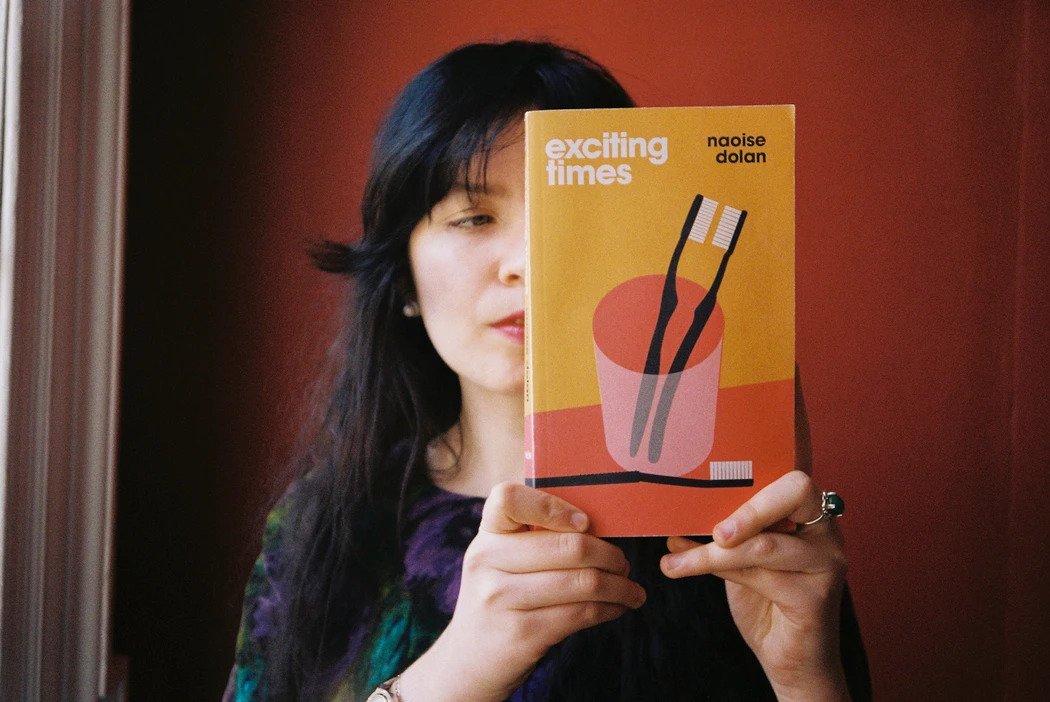 ‘Exciting Times’ by Naoise Dolan is fiercely aware of class, money, race, and what is right

Search Naoise Dolan, and Sally Rooney’s name is mentioned almost as many times as hers. The comparisons between them are so frequent you’d be forgiven for thinking their books are the same. At one level, they are of course similar. Both young, Irish women writing gripping prose with themes of love, queerness, class and modern life. But, as we must have learnt from every female-led series being “the new fleabag” this comparison doesn’t quite work.

Published in April, Exciting Times follows a young woman, Ava, from home in Ireland to Hong Kong to teach English after graduation. She ends up (how remains quite unclear) living with Julian, an oxford-graduate and now a banker, and socialising with his friends. A little into this non-relationship, she meets Edith, and the story follows the evolution of their relationship too.

But whilst this outline, foreign romance, coming-of-age, might give you one picture, I can guarantee this book is not it. Reviews have called it “formidable”, “icily brilliant”, “droll”. Its sentences, writes Clare Fisher are like “a splash of cold water to the face”. At points, it is more like a sudden wave of icy water, and it doesn’t just splash.

The book is fiercely aware of class, money, race, and what is right. Its references are very up to date – they discuss May’s Brexit strategy, and characters have opinions of Corbyn. Repeatedly, when you least expect it, you’re reminded of Irish women’s lack of access to abortion, and the very real effects of this on their lives.

Ava wonders early in her relationship if having sex with a banker is “socialist praxis”. She compares Hong Kong to life at home in Ireland, and a scene in which Julian’s circle of friends laugh at her background unaware she can hear, is detached, but nonetheless deeply felt. Sometimes this critical eye is cutting and extremely funny. After describing himself as a PPEist and a bit of a hack, one character is told: “Ralph, you’re thirty.”

The possibility of simply pitting Edith and Julian, male and female, against each other, is there, but is avoided. Ava notes how they’re different, but like everything in the novel, it’s more complicated than that. As a study of a complicated realisation of and coming to terms with bisexuality, it succeeds.

As a study of a complicated realisation of and coming to terms with bisexuality, it succeeds.

The examination of language, deftly managed through Ava’s job as a teacher of English grammar, is one of the highlights of the book. She teaches her young students whether and if, and Dolan beautifully transfers this to Ava’s thoughts on her sexuality.

Category versus exact nouns leads to the realisation that we categorise ourselves based on development stage and “likely distance from mortality”. In typical matter-of-fact droll style, she writes “Fruit didn’t have that problem.” There’s also a sense of double-crossing in an Irish teacher correcting Hong Kong English to ‘English-English’, and the book uses this, and its setting to probe at colonialism, history and identity. Where comparisons are drawn, it’s so they can be torn apart.

suggesting that someone only pretends not to be posh because they’re at Wadham, is niche, to say the least

Whilst Dolan’s own politics are strongly felt, the book ingratiates itself inside of the very thing it rejects. Some of the comments are cutting and funny, but I’m not sure they’d hit if you weren’t at Oxford – suggesting that someone only pretends not to be posh because they’re at Wadham, is niche, to say the least. It criticises the rich, the elite, the hypocritical, but it lives within this world. There’s an intellectual background to its references too and, behind some of its descriptions of women, lurks a strange misogyny.

At points its trademark iciness is overly detached. Ava tells herself “this was interesting”. Yes, what she describes is indeed interesting, but I find myself wishing Dolan would let her characters explore this slightly more. Lots of things in the book are ‘interesting’, but it tends to dart from one emotional, insightful comment to the next. The shortness of the book, and fast-paced nature of it is part of its brilliance, but something more slow-burning might also work. Whilst Ava’s interiority is explored at lengths, the other characters tend to slide past as though they were mirages.

Halfway through reading, I wrote a message to my friend: “I don’t want to put it down… But I’d like to throw it out of a window”. Whilst it is enormously frustrating at times, it’s this contention at the heart of it in which lies Dolan’s success. Ava is not like other girls, she tells us over and over. And this is enormously frustrating – its analysis can seem intense to the point of breaking, and its insistence on finding insights leads to a lot of dead ends.

Yet, Ava is like other girls. Perhaps more extreme, but some of Ava’s words, and Dolan’s sentences hit the nail on the head. Particularly her narrative of the slow development of Ava’s feeling for Edith, and the confusion accompanying it, felt raw and realistic.

It can feel disingenuous, aggressive, and frankly startling. But it also calls out to be read

If Sally Rooney has been praised for her emotional and insightful use of sex scenes, I’m not sure the comparison between the two quite works here. Dolan’s discussion of sex is matter of fact, and at times a little random. But the silence and glances of flirtation and, for want to a better word, a crush, are so good, you hold your breath for a moment. It can feel disingenuous, aggressive, and frankly startling. But it also calls out to be read, and to be thought about in the middle of the night.

Just like Rooney’s, Dolan’s story submerges you and leaves you adrift. The comment in Vogue suggesting that it is “guaranteed to please” is, I think, misplaced. It won’t please you, but it will certainly leave an impression. Love it or hate it – more likely do both at once – but read it.