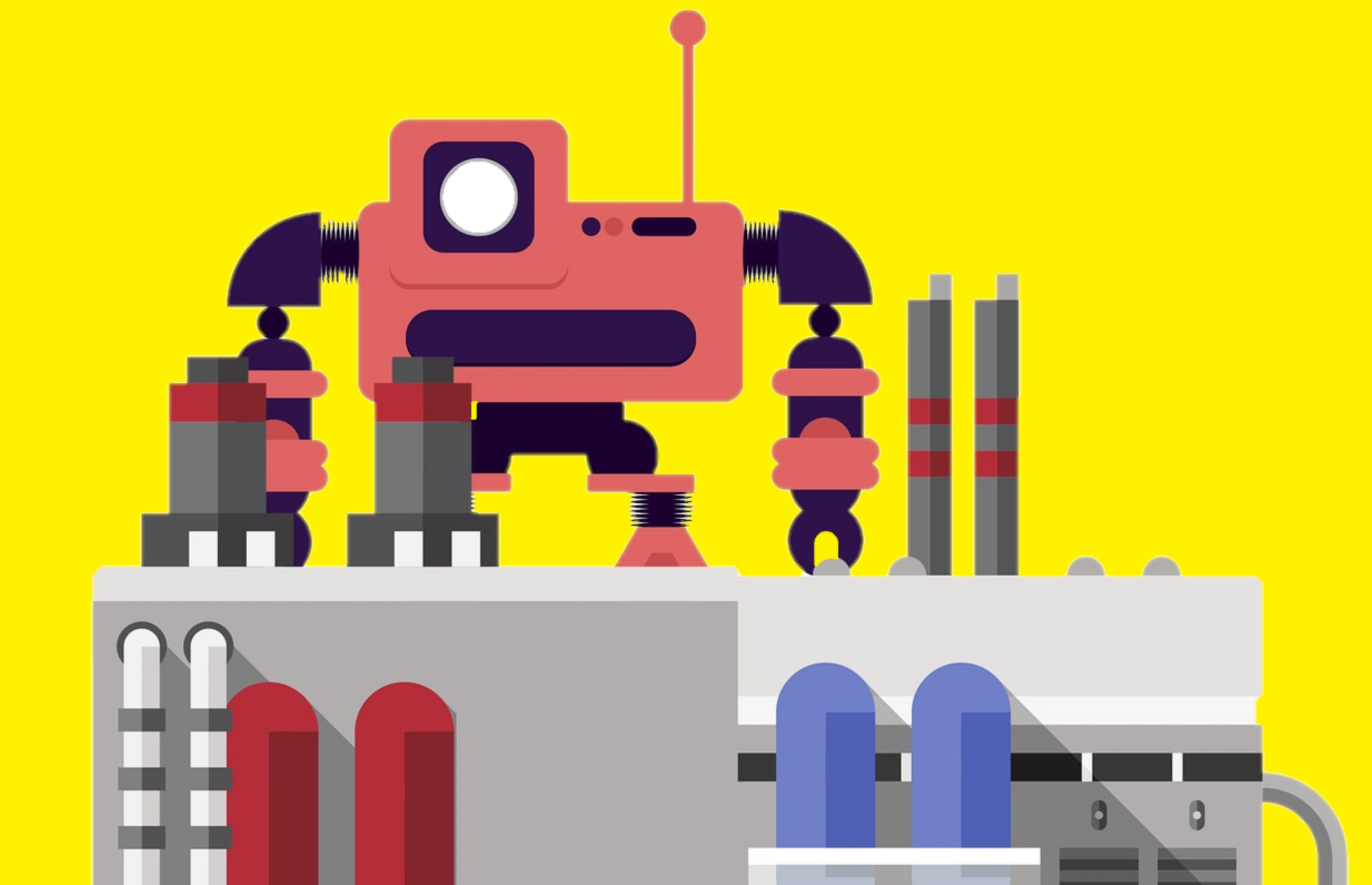 So, here we are – we made it – 2020, the age of robots and flying cars, a pandemic and unprecedented times. Automation is one of the many buzzwords of today (much like buzzword which is itself a buzzword); but what does it mean and how do we tackle this global issue? Will the ‘Rise of the Machines’ be the final ‘Terminator’ of employment, or will we have ‘Salvation’ later followed by ‘Dark Fate’, a P45 for us all?

If you didn’t get that one you need to switch on before the robots do and you lose all prospects of a job – the Oxbridge label means nothing when you’re up against Iron Man. What will we do with ourselves? I will go into hiding and enjoy the simple things in life, like writing bullshit about the chronological order of the Terminator films and making shit references to popular culture, what about you?

Right, let’s get down to business. Automation is the implementation of labour cutting technologies to all forms of work, especially low-skilled, to reduce the need for comparably costly and inefficient human assistance. Wonderful. But also, problematic? What is the point of our existence? Do we live to work or work to live? Or is this a false dichotomy?

Automation induced volatility in the job market leaves swathes of our population under threat from socioeconomic difficulties.

Perhaps, we can strike a healthy balance between the two. Maybe, automation could play a healthy, auxiliary role in all of this, could it be used to reduce the majority of workers’ discontent for their jobs, improve their current career, or force them to find a new more fulfilling, enjoyable one. ‘Force’, that’s a problematic view on consent, if a worker enjoys the job they’ve been doing for their entire life, should they be forced out of it to make space for a robot and what effect will this have on them?

We’ve seen this all before throughout the reign of the Iron Lady, well I didn’t, I was born in 1999; jobs slashed and nowhere to go, communities desolated and left behind, as industries were shut down – little action has been taken since to reverse the effects of this since. We must avoid leaving traditionally working-class communities, or anyone for that matter, behind; stimulate the opportunity to fill the void left in the job market and provide support for those worst affected. We must ensure that automation elevates everyone as far as possible. If we do not, we will undoubtedly exacerbate local and global economic inequalities and lead to even vaster imbalances of power.

Automation induced volatility in the job market leaves swathes of our population under threat from socioeconomic difficulties. Fears over the displacement of workers are prompting calls from leading economists for radical changes to our social security nets to account for the risk posed to workers, with the IMF releasing papers in support of Universal Basic Income (UBI). Whether UBI is a viable solution or not, we will have to take great care in providing adequate support to those affected.

Where the robots fall down is their inability to comprehend ethics and emotional reasoning or to contribute to human culture; this emotional gap must be exploited

The Coronavirus pandemic is already seeing millions of workers being laid off, the UN approximates that, in the second half of 2020, losses due to the pandemic will equate in cost to 305 million full-time jobs. Locally to me, at the Bentley Motors factory in Crewe, 1000 workers, 25% of their workforce are going to be made voluntarily redundant, although, Bentley says they will move onto handing out additional compulsory redundancy if necessary.

At the factory near you, similar will be happening. Arguably, Brexit will lead to further job cuts on our soil. The prospect of automating these jobs now will be highly attractive to manufacturing, and many other industries, as they have already gone through the effort of letting these employees go and the costs of re-recruitment will be high – these job losses could act as a trigger for the rampant automation of low-skilled work globally. We must be researching and discussing ways to support the unprecedented, global and local, loss of employment.

“What will we do?” ask the 30% of workers found to be at risk of losing their jobs by 2030, directly due to automation. This is according to research conducted, pre-pandemic, by PwC, a multinational professional services network of firms. “Re-education, re-education, re-education.” The re-education of workers that are displaced by their robotic counterparts will play a key role in this cybernetic evolution, this is one of the most vital aspects of support we must provide.

Where the robots fall is their inability to comprehend ethics and emotional reasoning or to contribute to human culture; this emotional gap must be exploited to tap into the talent of and give at least some of the 30% a meaning to their lives. Warehouse Shifter becomes a Counsellor, Trucker becomes Youth Club Leader, Till Worker becomes Care Worker.

We must get the balancing act right; regulation and government intervention will allow for this gradual introduction, however, it must not be entirely oppressive and dampen innovation.

Automation sits on a knife-edge. This could go one of two ways, either we rush the transition and shoot ourselves in the foot, creating nothing short of chaos and destruction of meaning in peoples’ lives, en masse, or, we allow for the gradual thought-out introduction of machines, and re-education and inclusion of workers that find themselves out of a job.

The economic incentives that are currently in place mean that automation, projected to be worth $15tn by 2030, is inevitable, unless something changes tomorrow, whether you want it or not – I do, but thoughtfully, not willy-nilly. Societal automation and how we go about it should be a collective democratic choice not the whim of the super-elite and mammoth private firms – let’s not have them open Pandora’s box without consulting us first.

We must get the balancing act right; regulation and government intervention will allow for this gradual introduction, however, it must not be entirely oppressive and dampen innovation. The power and wealth that comes with AI and the machine folk must not be allowed to slip unchecked and untaxed into the hands of a small elite (Bezos, Musk, Zuckerburg, et al.) in the upper echelons of society, it must ultimately be at the hands of us all, for the benefit of all.