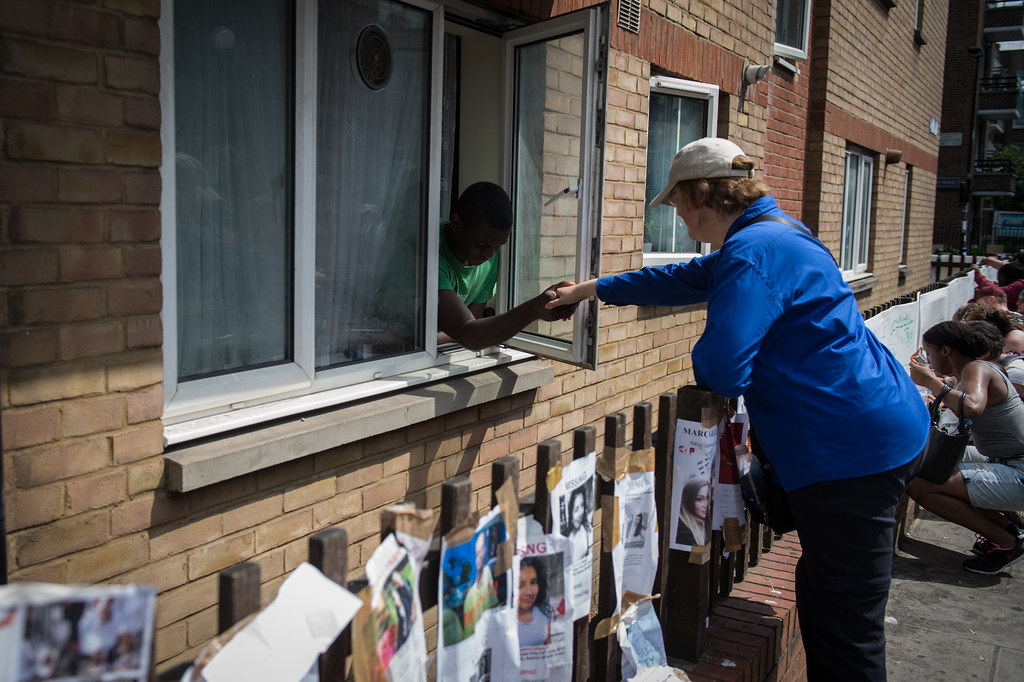 Three years on, is there Justice for Grenfell?

For many people, it is impossible to ignore when travelling into the capital. The high-rise apartment block which dots the city’s skyline, an uncomfortable reminder of the stark inequality which exists amongst the wealth and opulence of central London. The first few times I went past Grenfell Tower, I was struck by the normality of the bustling city life around it, as the world had readjusted and the tower had apparently become an accepted part of the background.

In the days after the tragedy, which occurred on 14th June 2017, I tuned into the radio and scrolled through social media to witness some frankly depressing opinions from the public. Many people had used the fact that a lot of the residents of Grenfell were poor, working class, immigrants and from ethnic minority backgrounds in order to absolve themselves of grief and guilt over the situation.

As someone who grew up with an immigrant mother in social housing, I had understood first hand from a very young age that, quite frankly, there are many people in society with such dehumanising views. However, the tragedy revealed the dangerous extent to which some were willing to prioritise their bigotry over the basic rights of their fellow human beings without caring for the real-life consequences.

Even with all the public outrage following the fire, another Grenfell could happen again all too easily.

Three years on, it is evident that the government has not taken full advantage of opportunities to respect the victims by implementing adequate reforms. Some of the families affected by the fire still do not have permanent housing today, and the official inquiry has been marred by conflicts of interest. Going forward, we urgently require those in privileged positions to acknowledge the social realities which meant that the residents of Grenfell were ignored by Kensington and Chelsea Council when they raised concerns around unsafe housing two years prior to the incident.

Despite the government calling for a deadline for its total removal by June 2020, 56,000 people continue to live with the same type of dangerous, flammable cladding which caused the Grenfell fire to spread so quickly. This continues to negatively affect the mental health of the residents of these apartment buildings, as they cannot sleep well at night with any sense of security. Even with all the public outrage following the fire, another Grenfell could happen again all too easily.

When the state clearly failed the victims, the local community bypassed it and stepped in to provide support for the friends and families, in both the immediate aftermath and during the slow wait for truth and justice.

Yes, Theresa May and her government did run from the hard truths of the situation, but the tragedy was facilitated by a political and media culture which systematically dismissed the material concerns of low income and ethnic minority people for decades. It is insulting to merely use the memory of the victims for the quick gratification of political point-scoring in, say, general election periods without sustained support for the campaign for justice.

That being said, when the state clearly failed the victims, the local community bypassed it and stepped in to provide support for the friends and families, in both the immediate aftermath and during the slow wait for truth and justice. It is the collective community who, in the months and years since, have urged the public to remember those who perished and their individual lives and stories. Three years on, it is incumbent upon ourselves to remember them and how they illuminated the lives of those who knew them. Remember their love and humanity.

Everyone deserves to live in a safe home with dignity. Please take this time as an opportunity reflect upon what we, as individuals and as part of wider society, can do in order to ensure that this is a reality. Never stop demanding Justice for Grenfell.